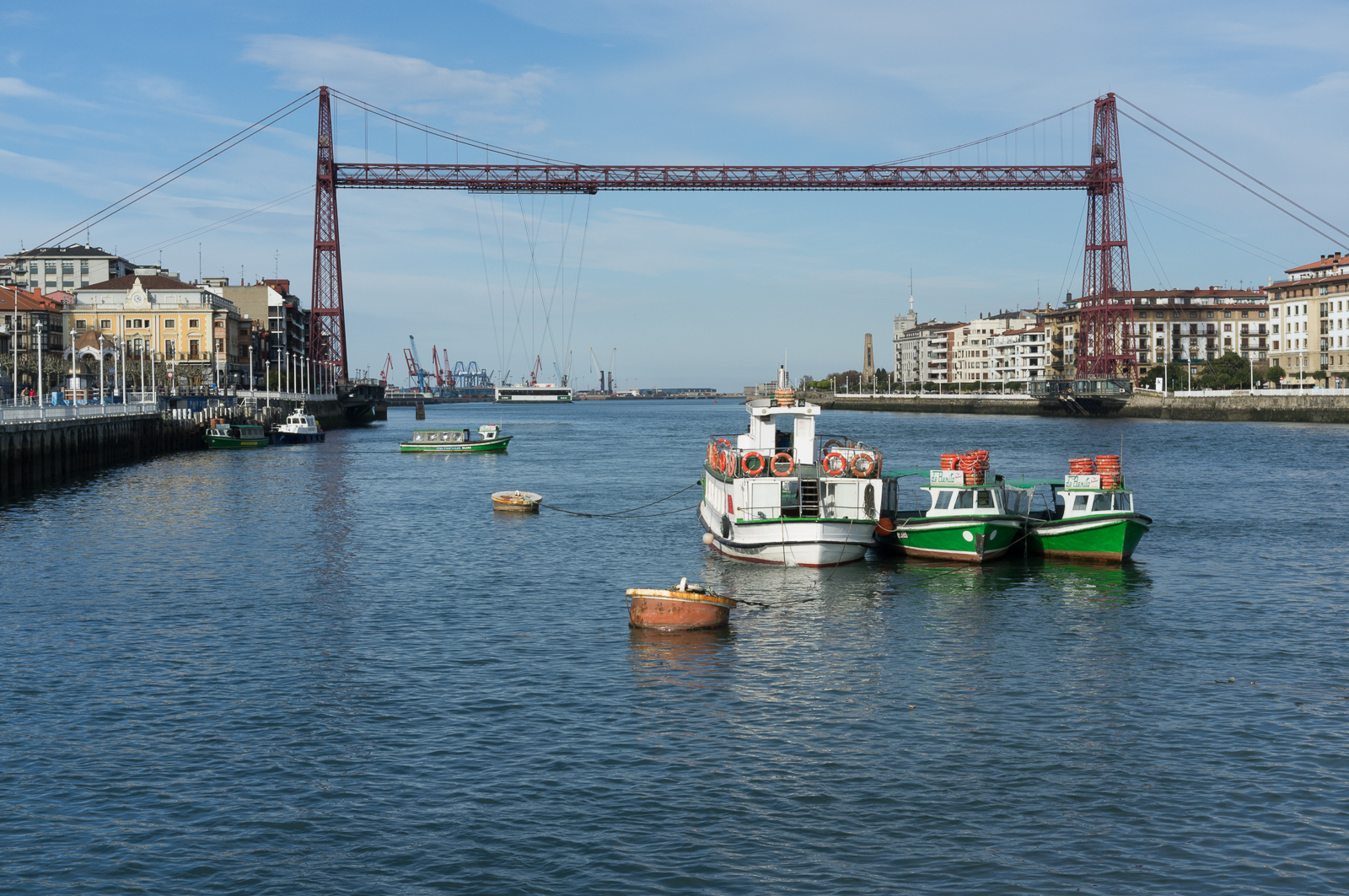 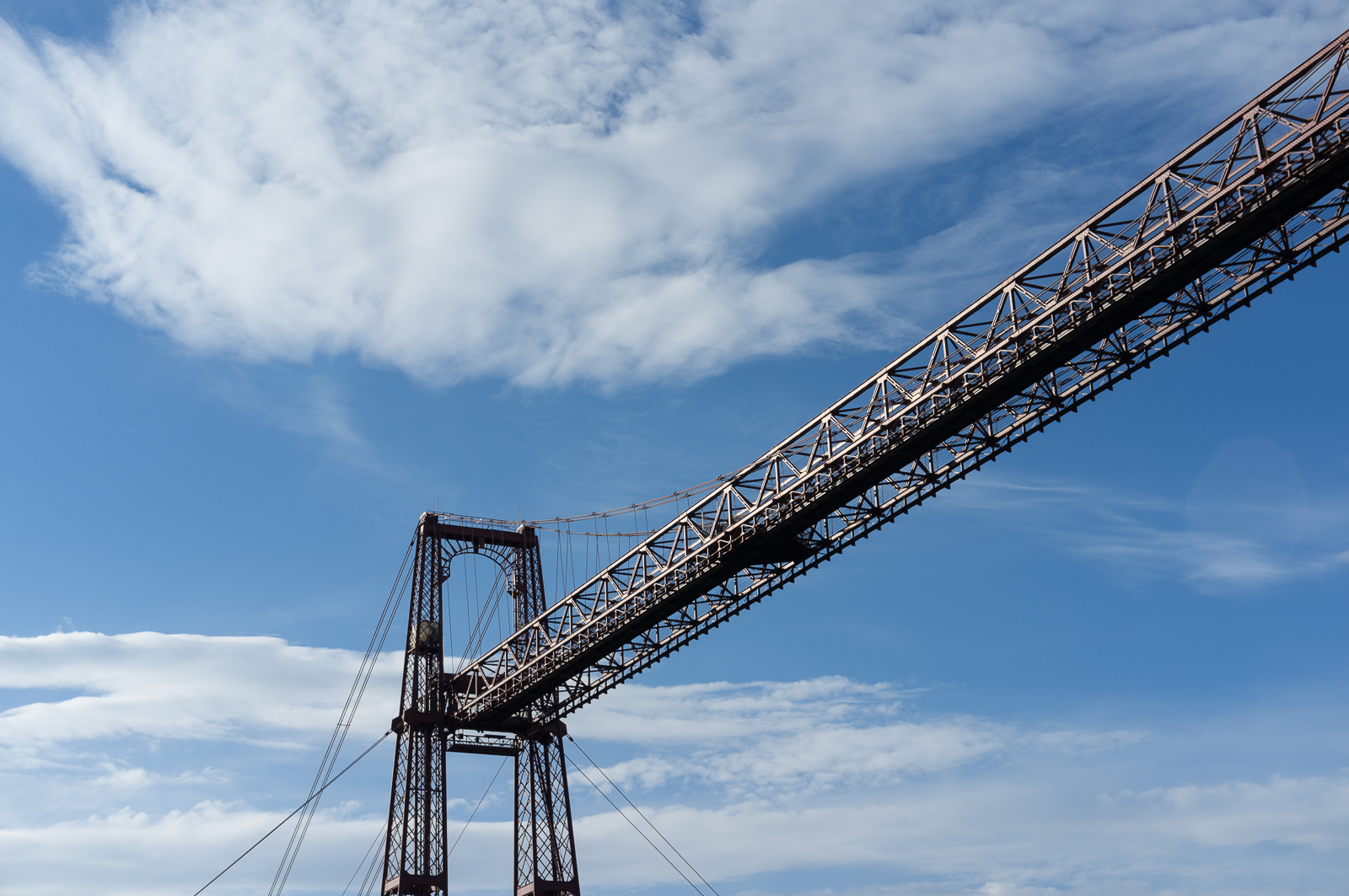 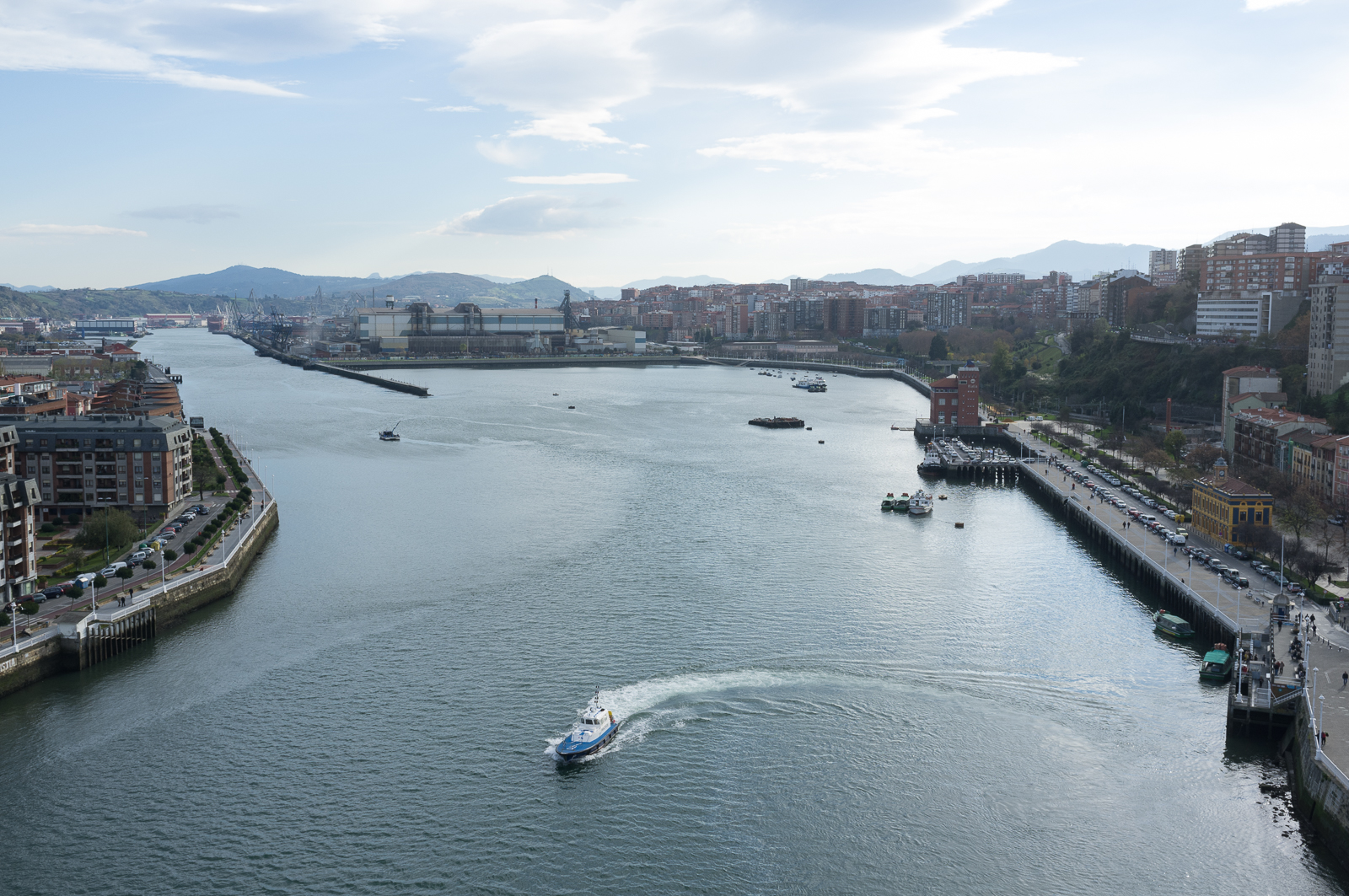 A view up the Nervión (Ibaizabal estuary), in the direction of Bilbao 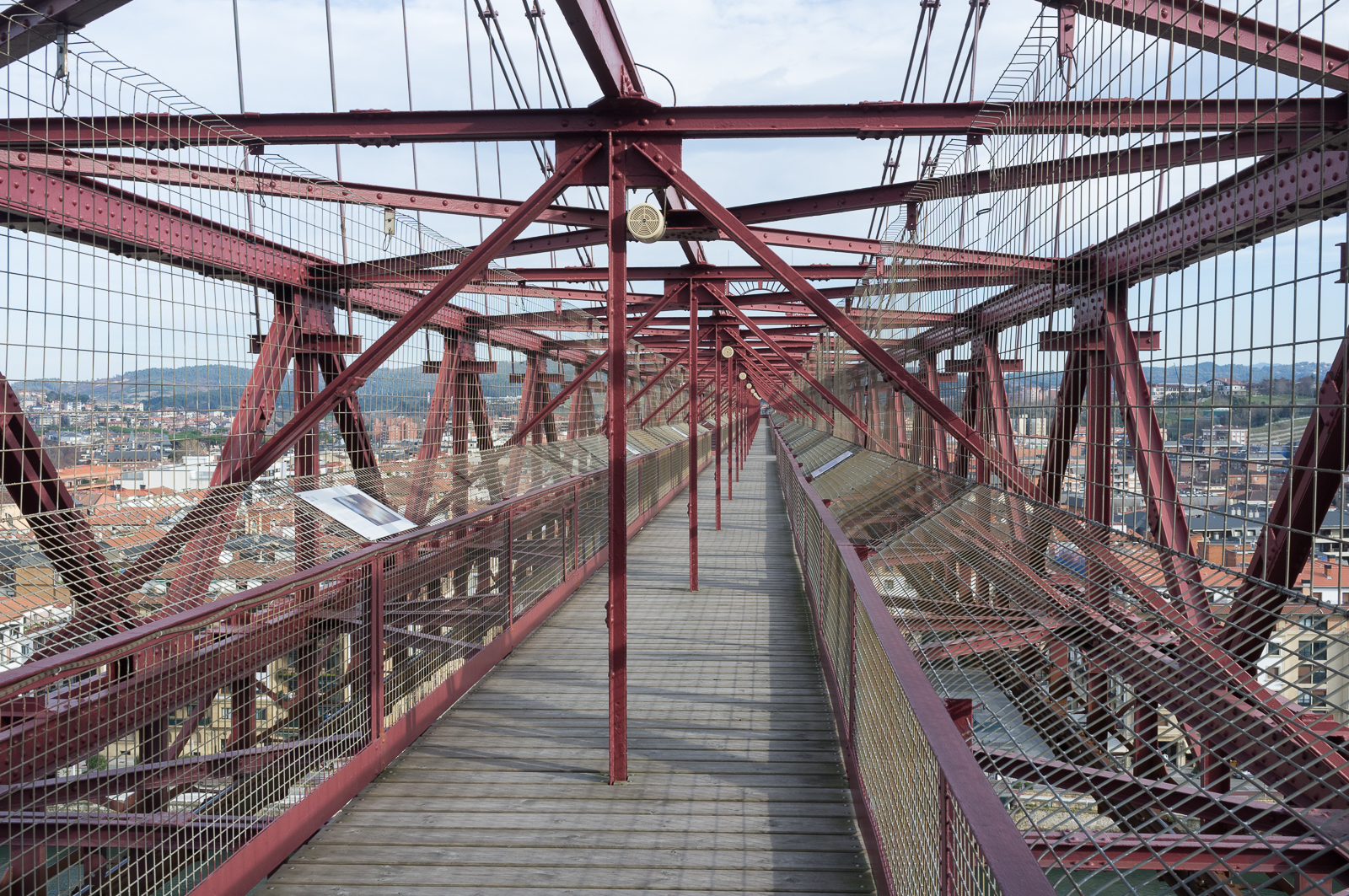 The Vizcaya Bridge (Puente Bizkaia) was inaugurated on 28 July 1893 as the first transporter bridge in the world built of metal. Its main purpose is to link the two banks of the Nervión Estuary, occupied respectively by the towns of Portugalete and Getxo near Bilbao in northern Spain. Reminiscent of the elegant structures of the Eiffel Tower, the bridge was a joint design between the architect Alberto de Palacio and the engineer-builder Ferdinand Arnodin, a disciple of none other than Eiffel himself.

The structure is made of four 61 metres high iron towers linked by a cross beam 160 meters in length at 45 metres above the Ibaizabal estuary. The transport of vehicles and passengers is carried out by a hanging carriage, or gondola, which is suspended from a 25 metres long 36-wheel trolley which travels along the rails of the horizontal section. It operates around the clock, throughout the year, as a regular service for ferrying passengers and vehicles, with a daily average of 16,300 foot-passengers and 1,200 vehicles. 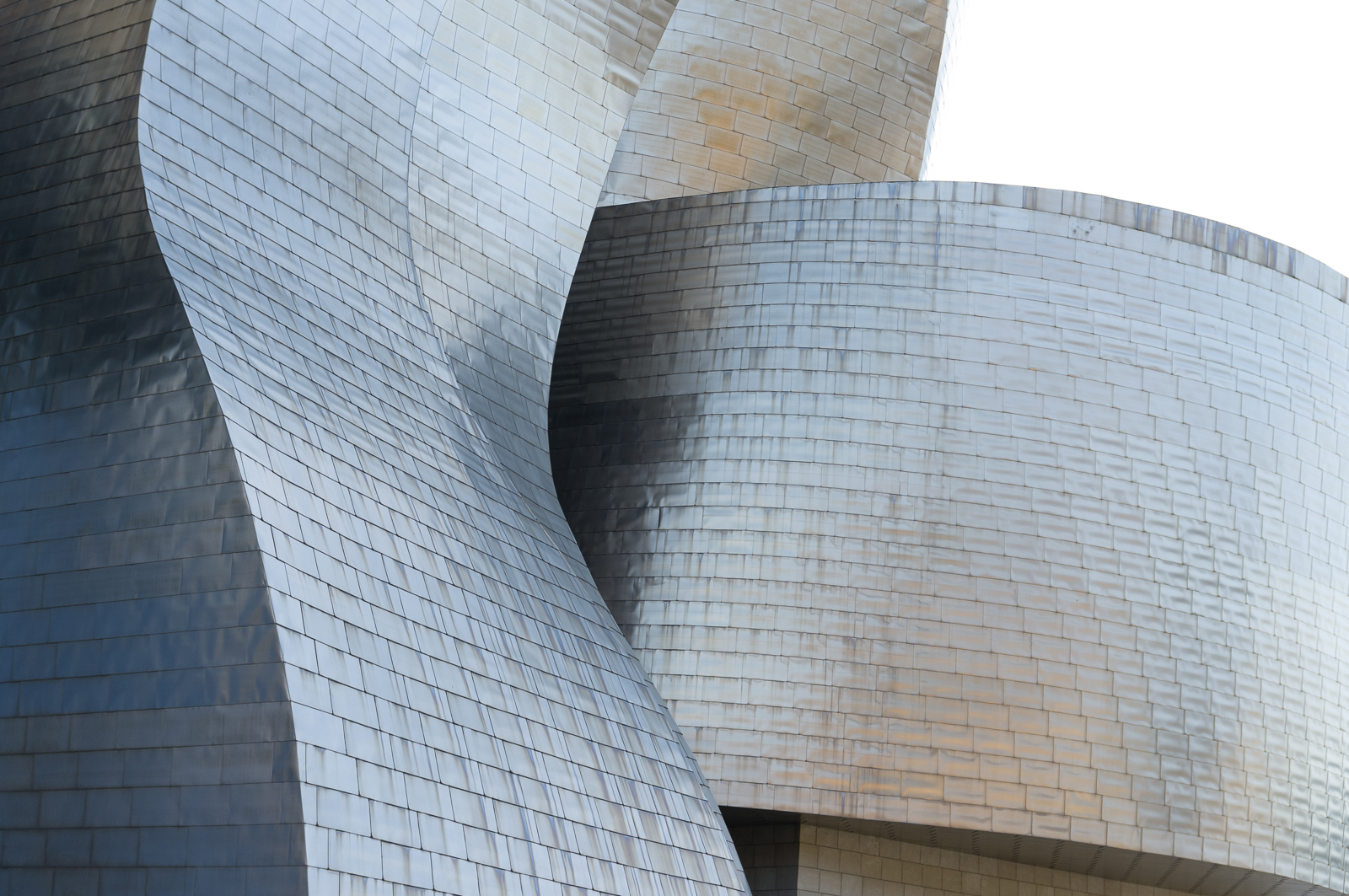 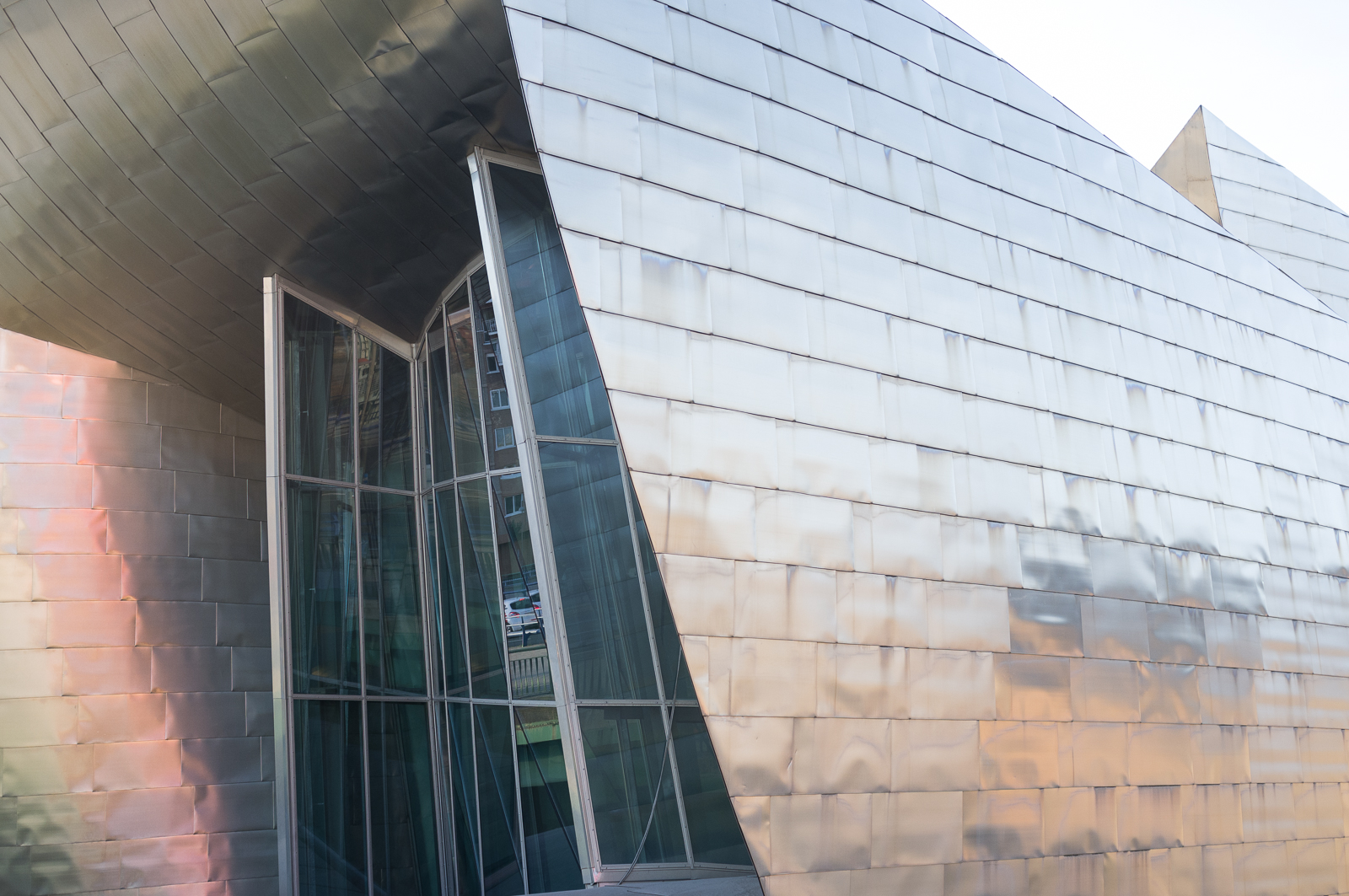