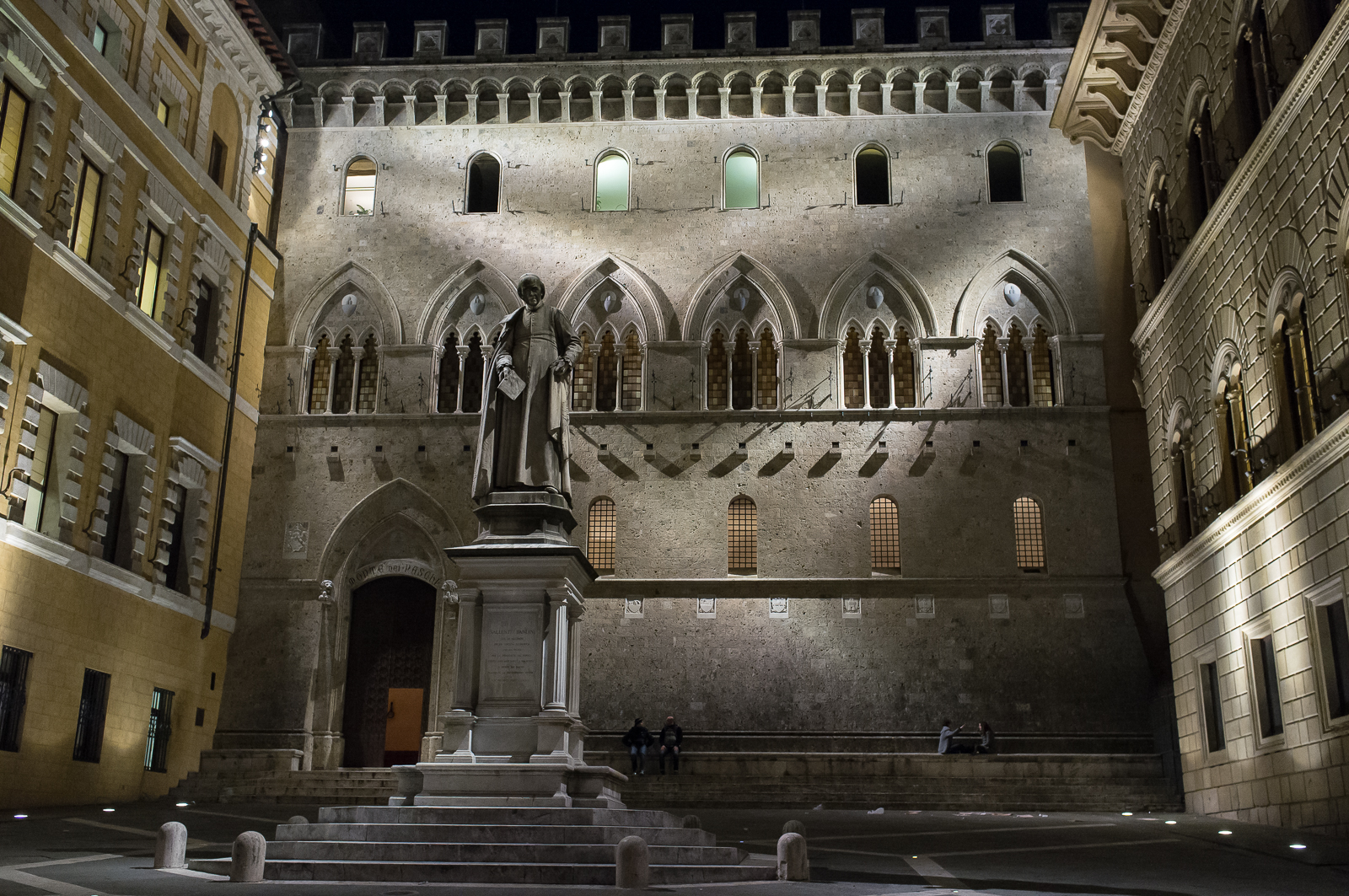 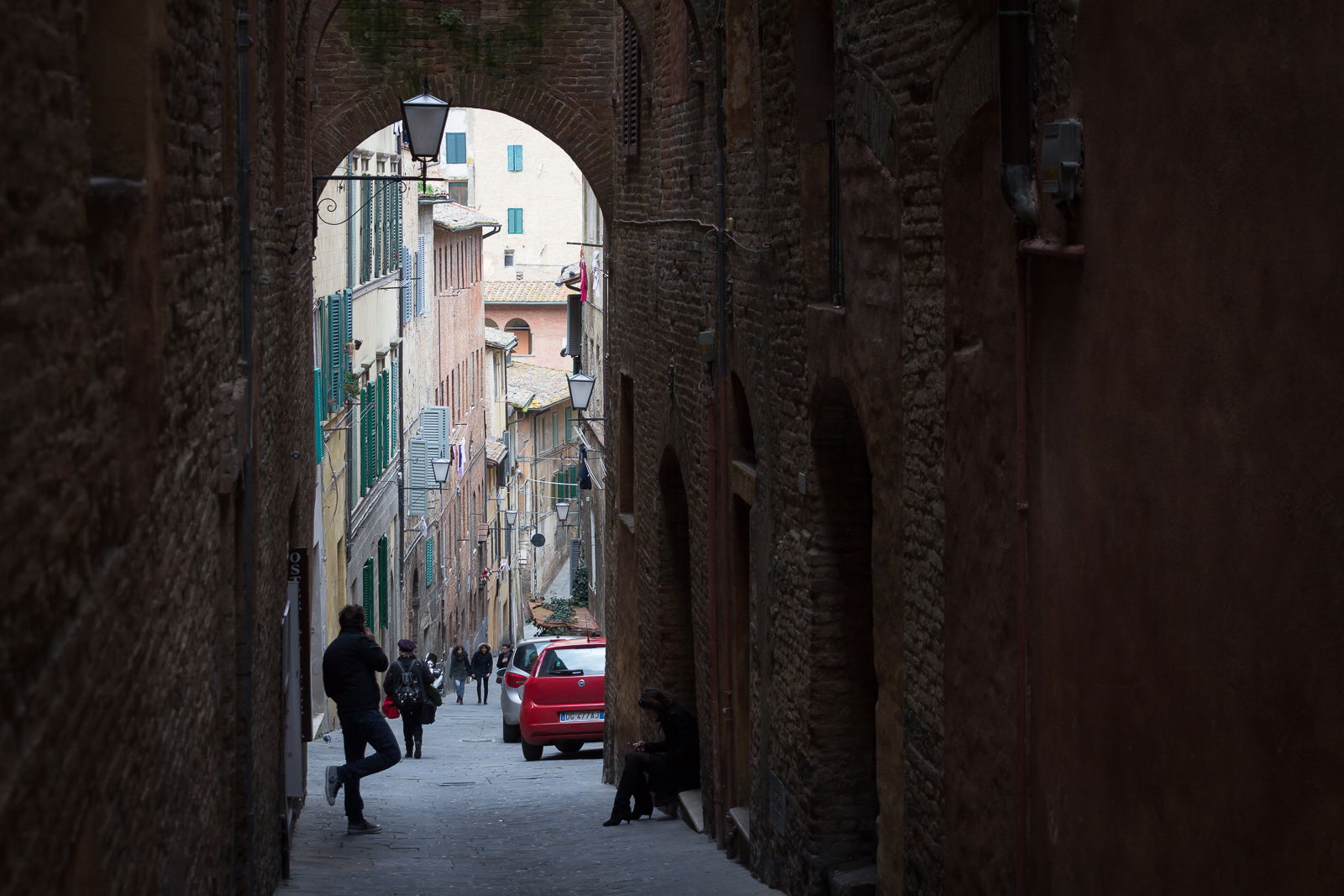 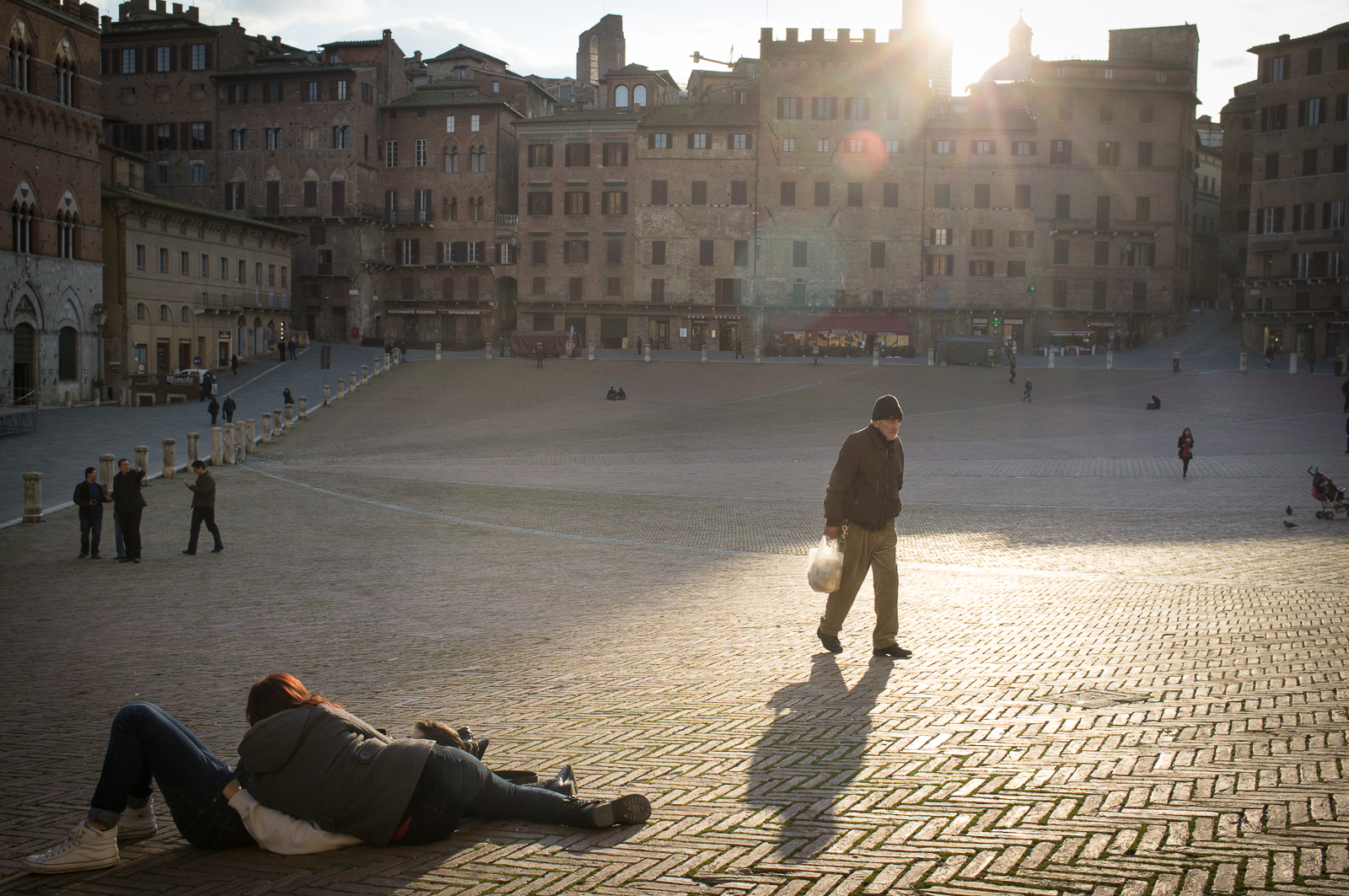 Chilling on Piazza del Campo
The spectacular designs of

Siena Cathedral may not rank among the largest of the many magnificent cathedrals in Italy, but the overwhelmingly ornate exterior and the equally stunning interior more than compensate for any lack of scale. The Italian Gothic style main façade of white and pink marble is an amazingly intricate array of sculptures of patriarchs, allegorical figures, biblical scenes, mythical animals and acanthus scrolls; all masterfully arranged and held together by the upward pointing geometrical design in a symmetry of triangles, circles and arches.

Duomo di Siena dates from the thirteenth century and it is one of the most outstanding examples of a Romanesque-Gothic cathedral in Italy. It is situated on the highest of three hills in Siena, near the oldest part of the town called Castelvecchio. While the façade is mostly white and pink with dark green bands, the exterior sides, bell tower and interior are clad with white and greenish-black marble in alternating stripes, a powerful design giving the impression of both lightness and heaviness, of rising and falling. 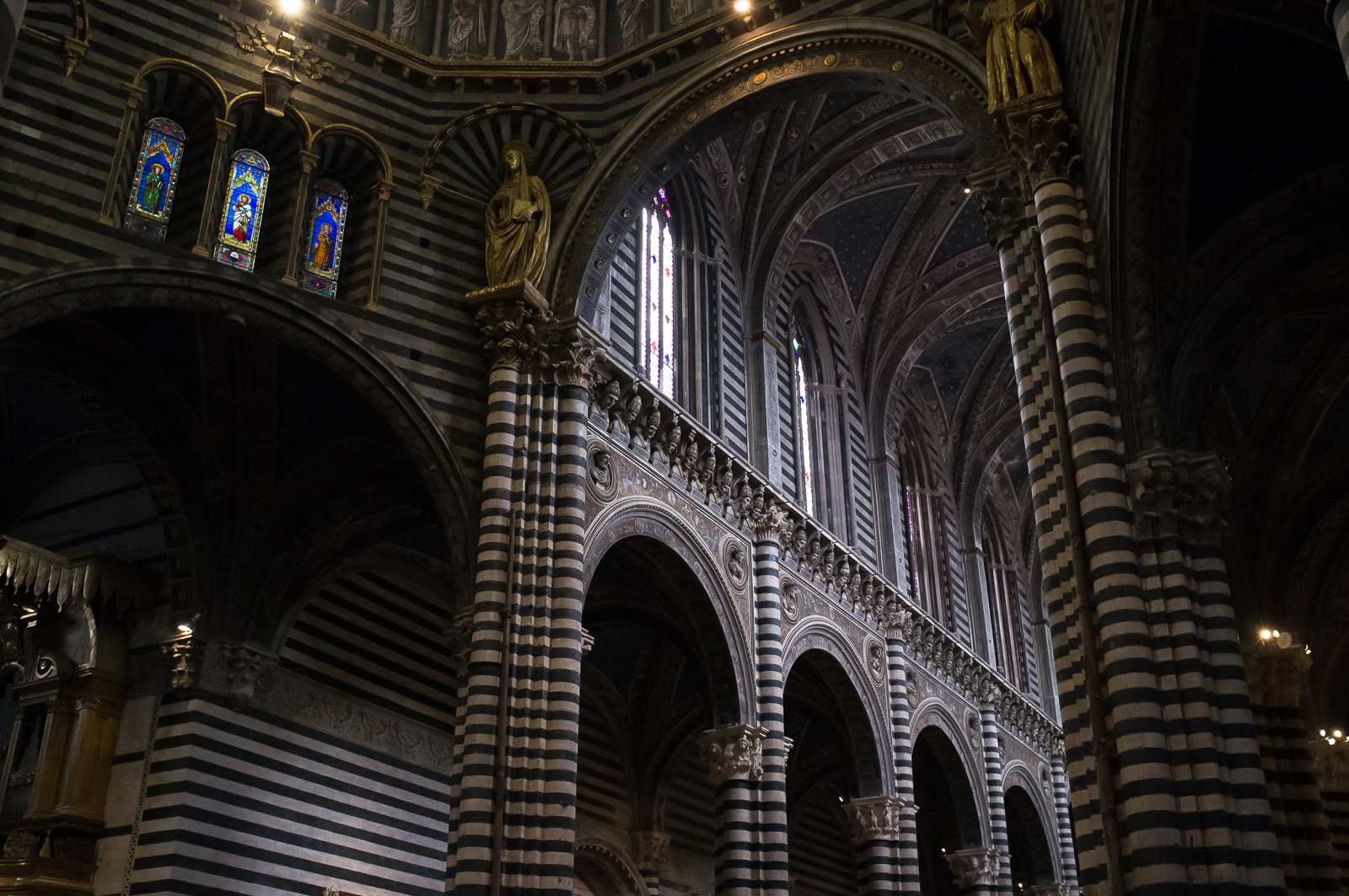 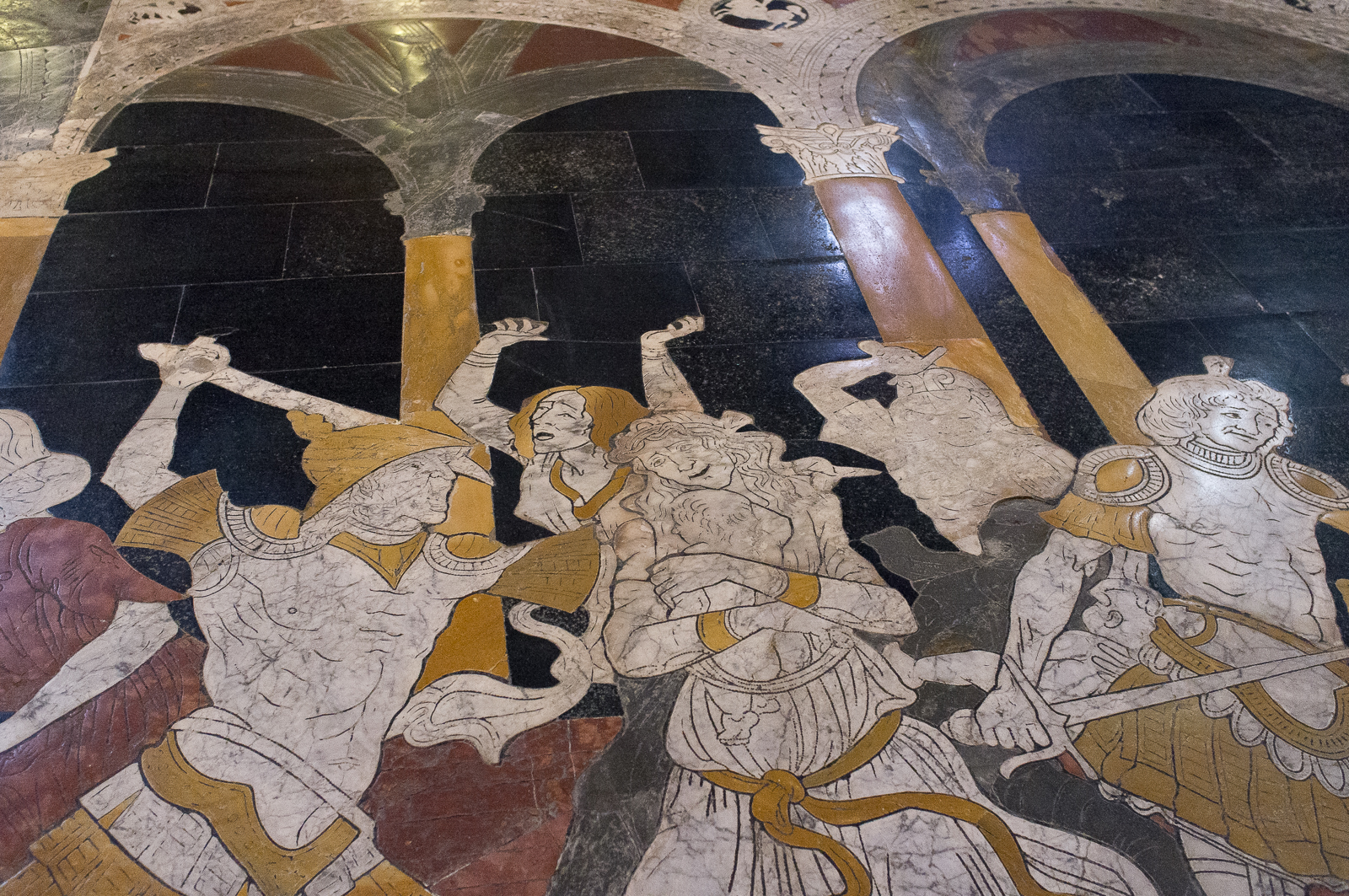 Detail of pavement: “Slaughter of the Innocents” 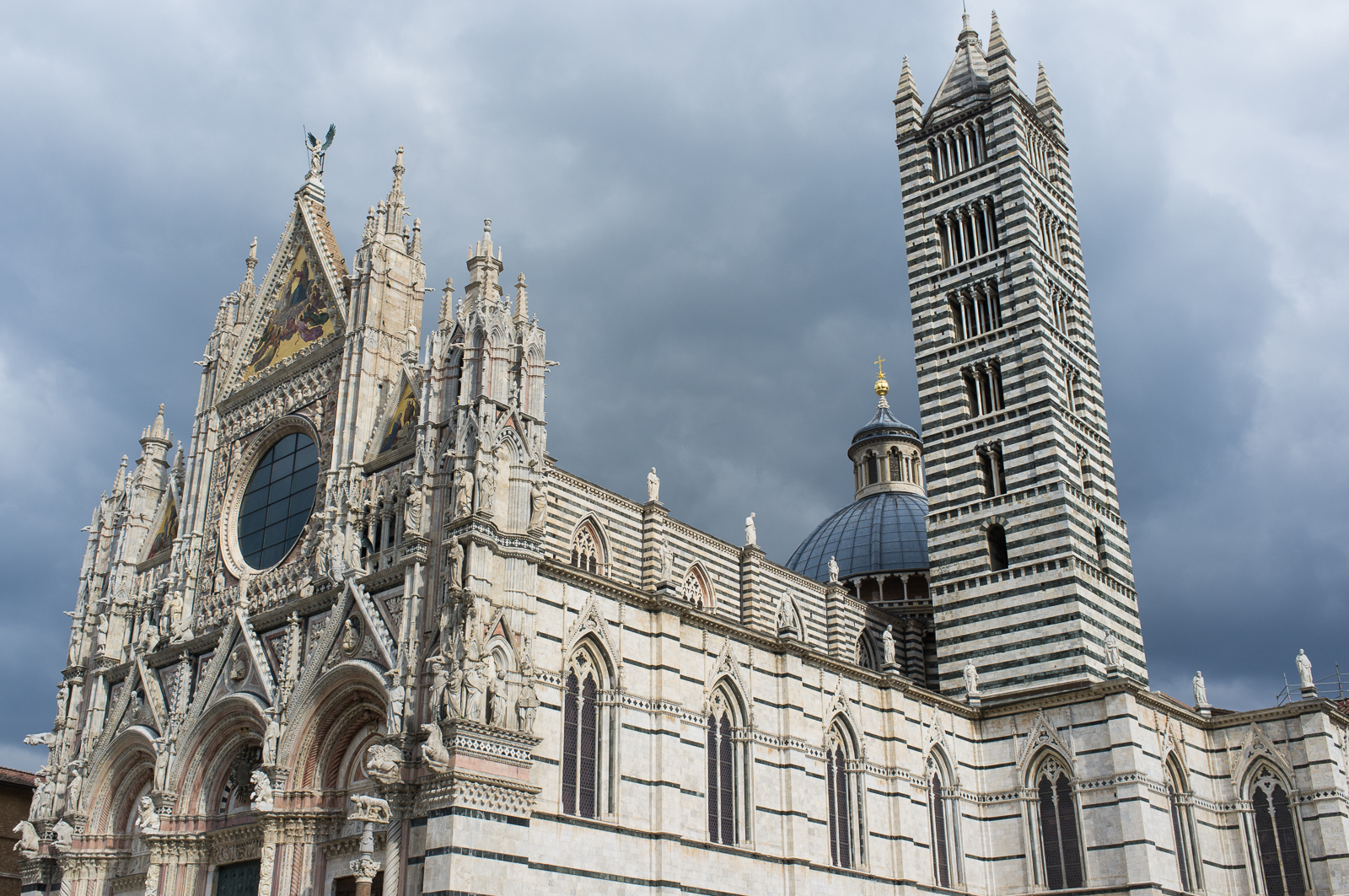 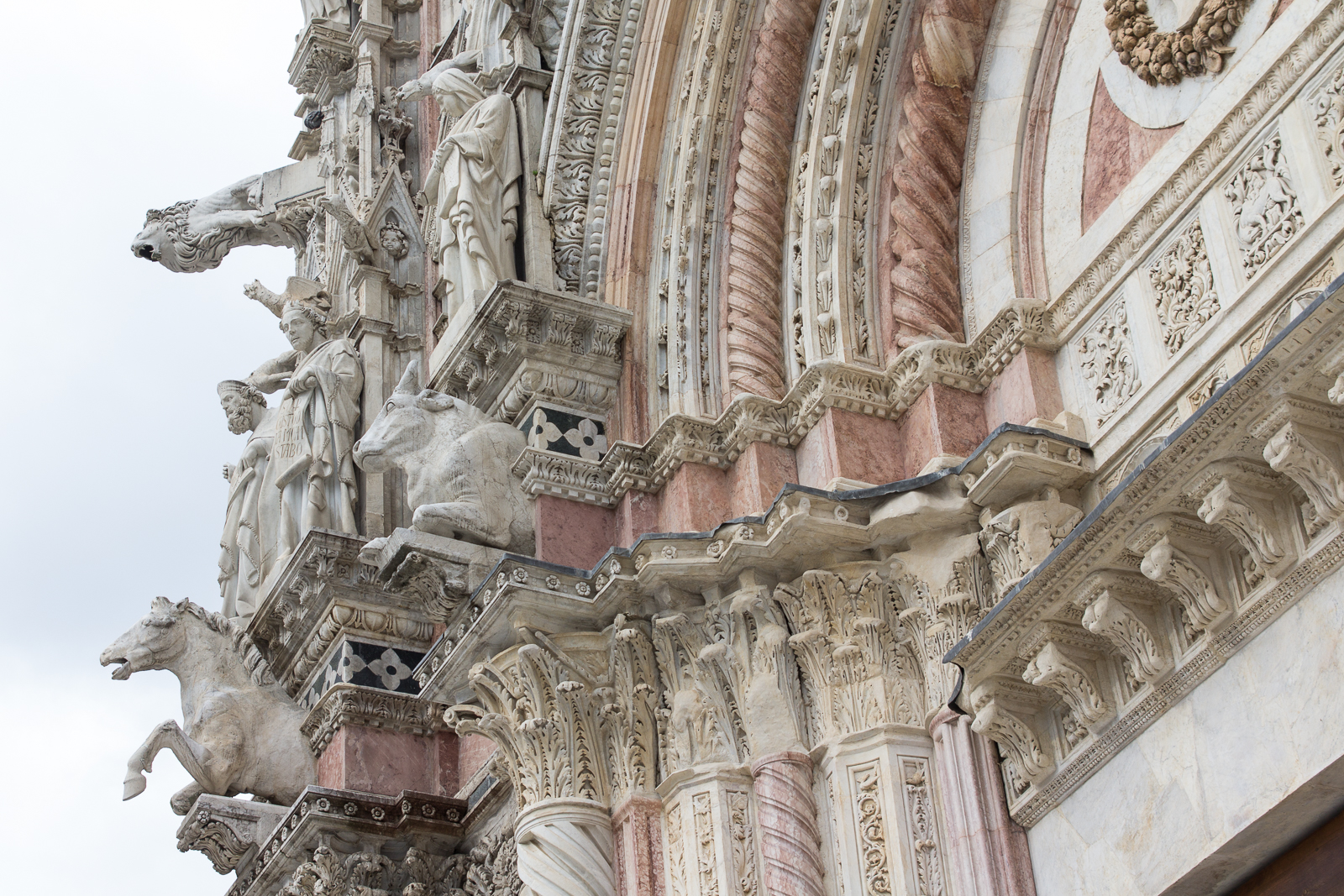 The Piccolomini Library in Siena Cathedral 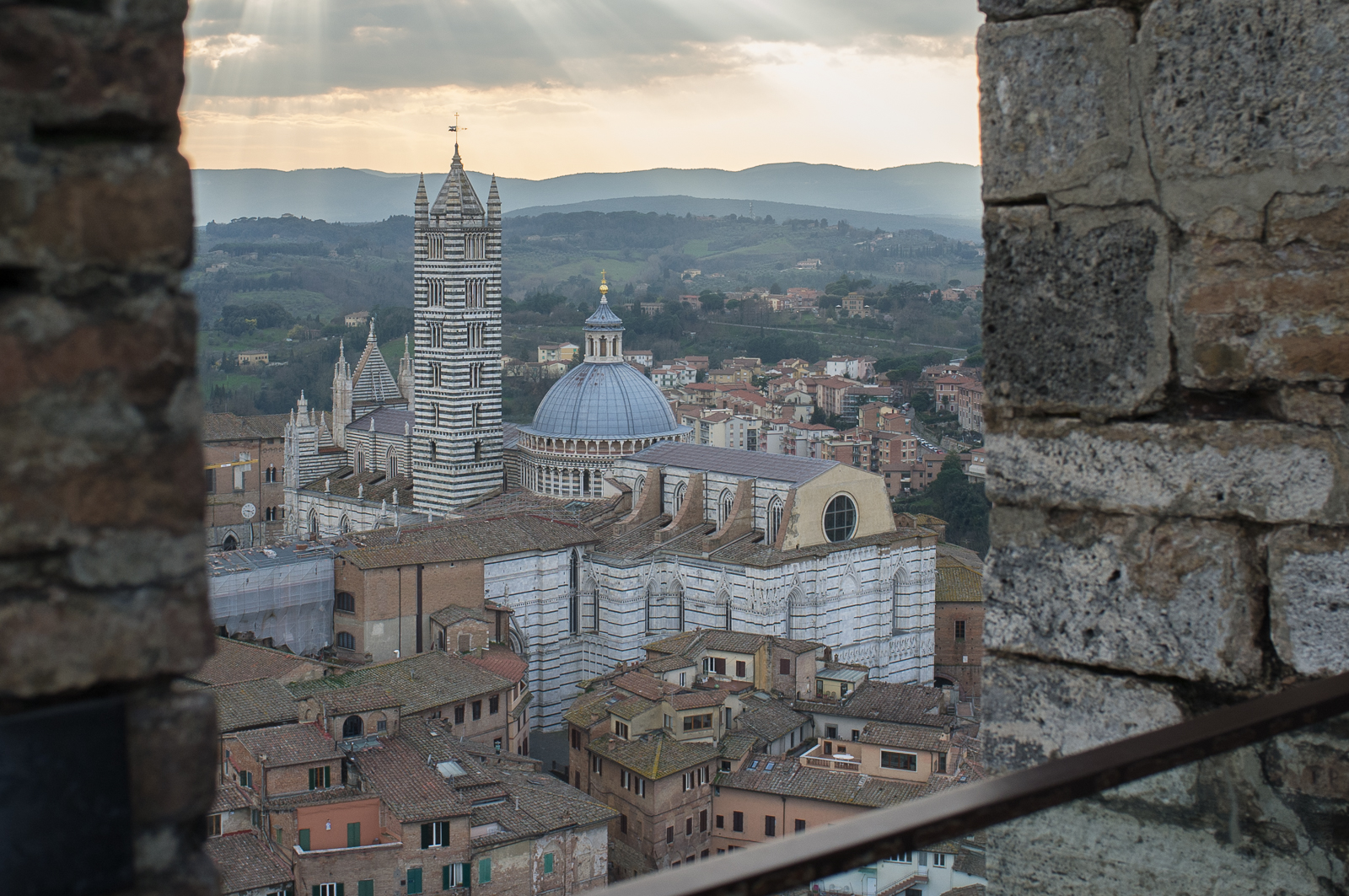 The view from Torre del Mangia