From the roof of the Cathedral of Monreale you can see far and wide, across the Conca d’Oro basin, past Palermo and beyond, towards the open horizon of the Mediterranean Sea. No wonder the town of Monreale, situated high on the slopes of Monte Caputo some 20 minutes by car from down-town Palermo, features so prominently in the history of the city below. The Cathedral, preceding its sister Palermo Cathedral by a decade or so, was begun in 1174 under the Norman King William II’s rule of Siclily. The surprisingly large cathedral including the cloister premises totally dominate the charming main square of the town. The exterior is unmistakably in the Romanesque or Norman style, with the typical fortress-like towers flanking the main façade and portico entrance.

While the bulky building is relatively featureless on the outside, the interior will surely render you speechless. Upon entering, the first thing that strikes you how big the cathedral really is, further emphasized by the enormous scope and sheer splendor of the Byzantine mosaics and detailed artworks all around, culminating in a stupendous, thirteen meters wide and seven meters tall image of Christ Pantocrator, solemnly hovering in the apse.

The name Monreale comes from the Latin mons-regalis, or monte reale in Italian, meaning “royal mountain”, a name later given to the palace by the Norman leader and conqueror of Sicily, Roger I of Hauteville in Normandy had built here. 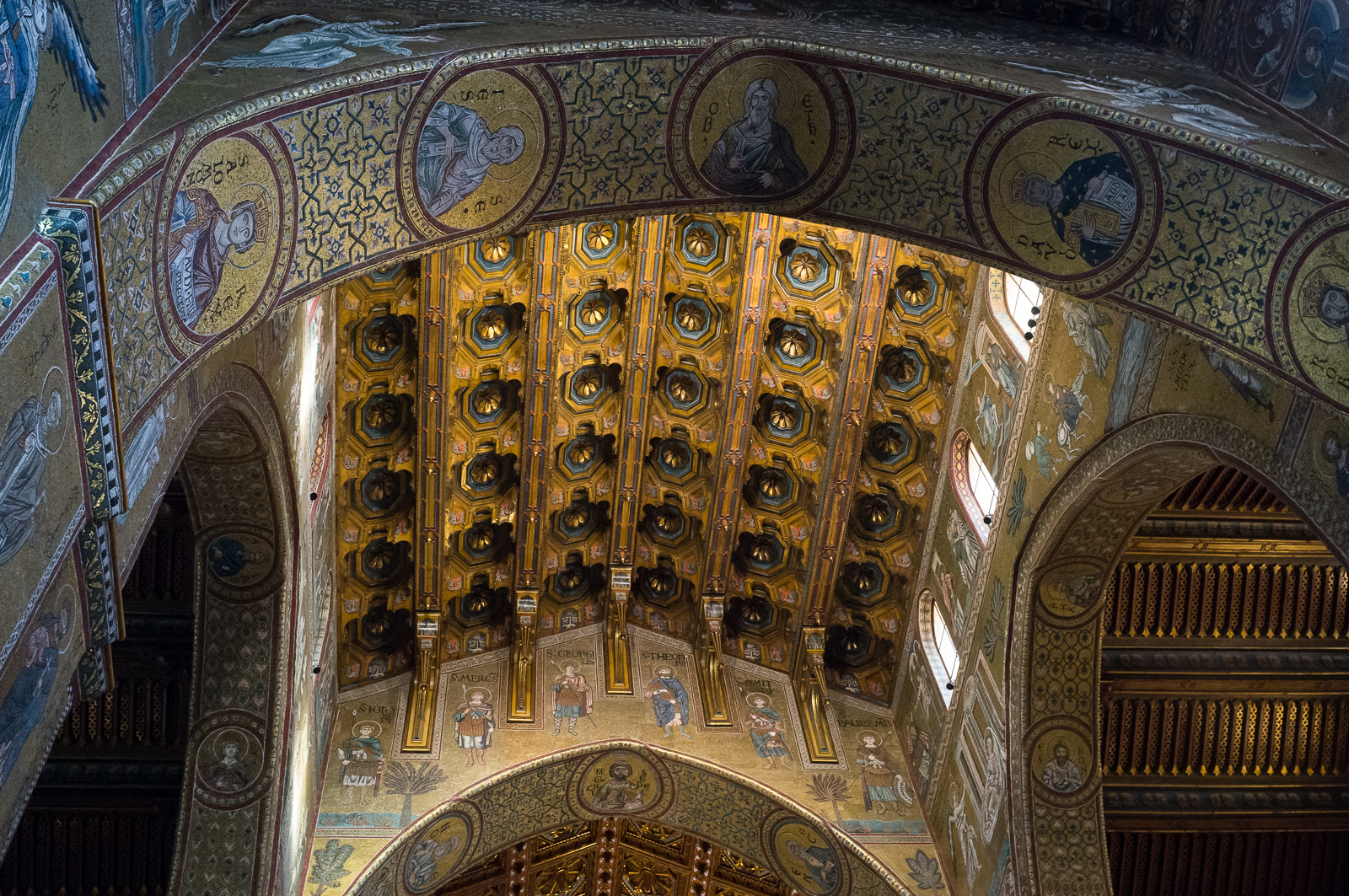 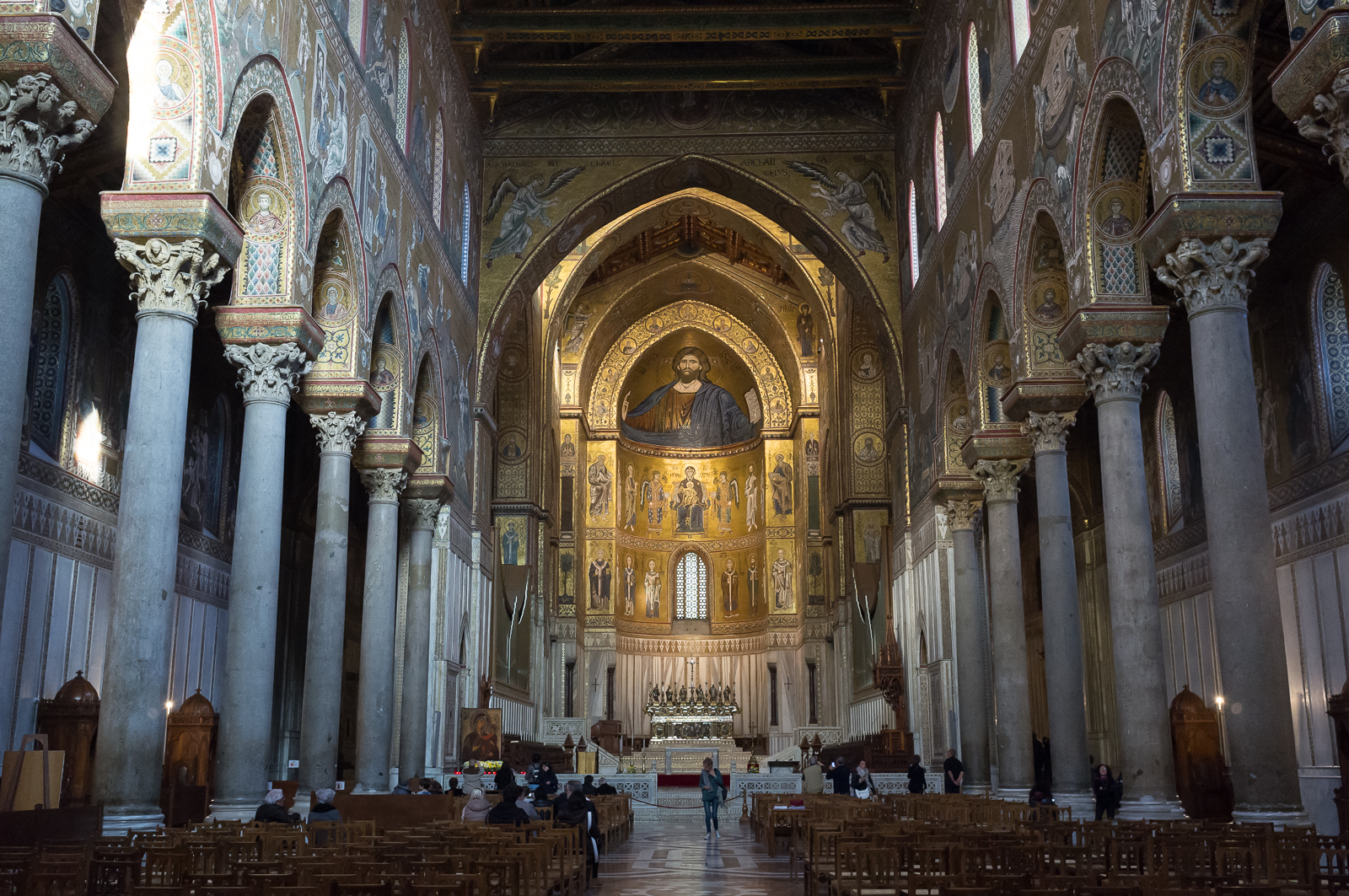 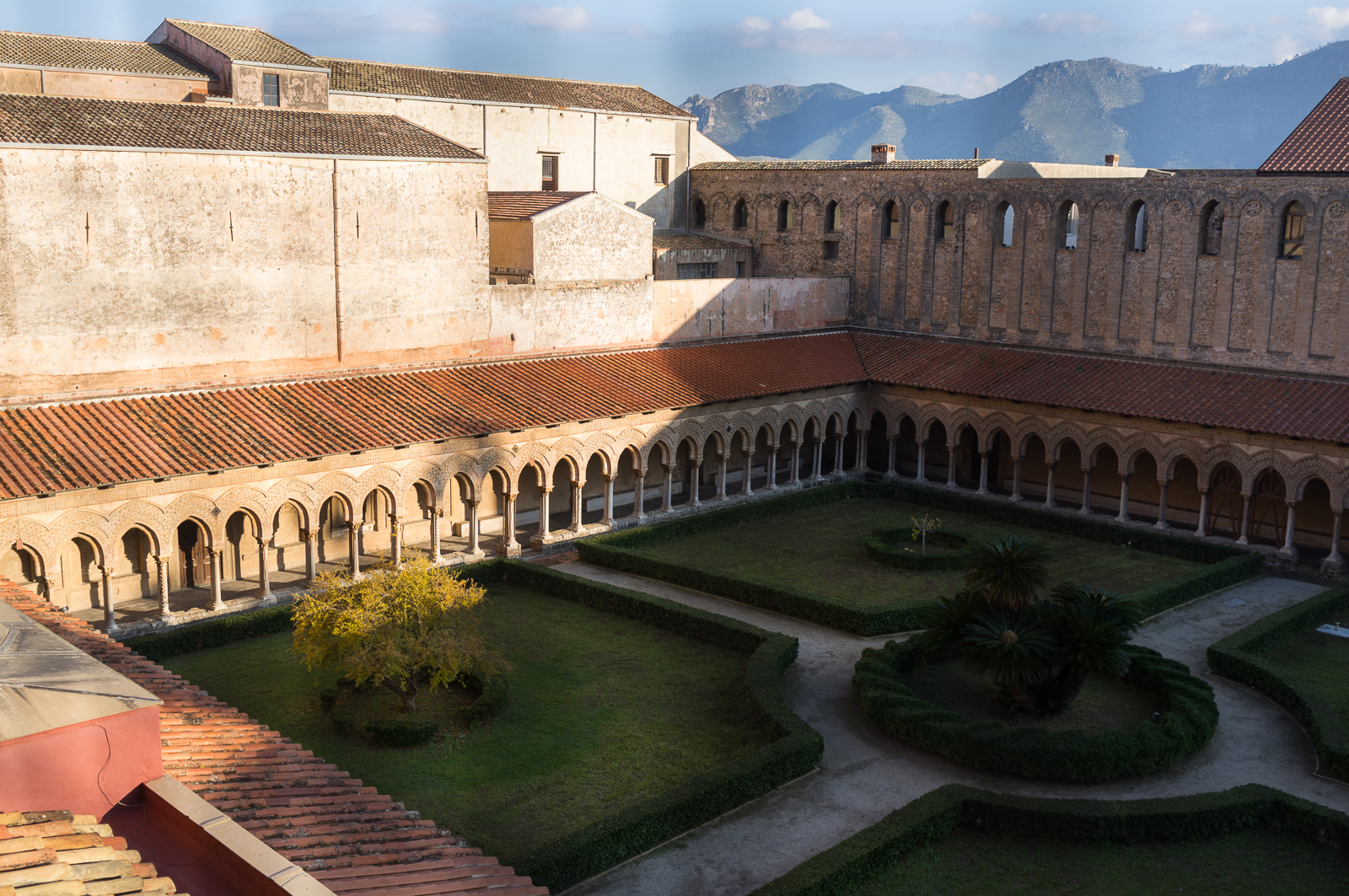 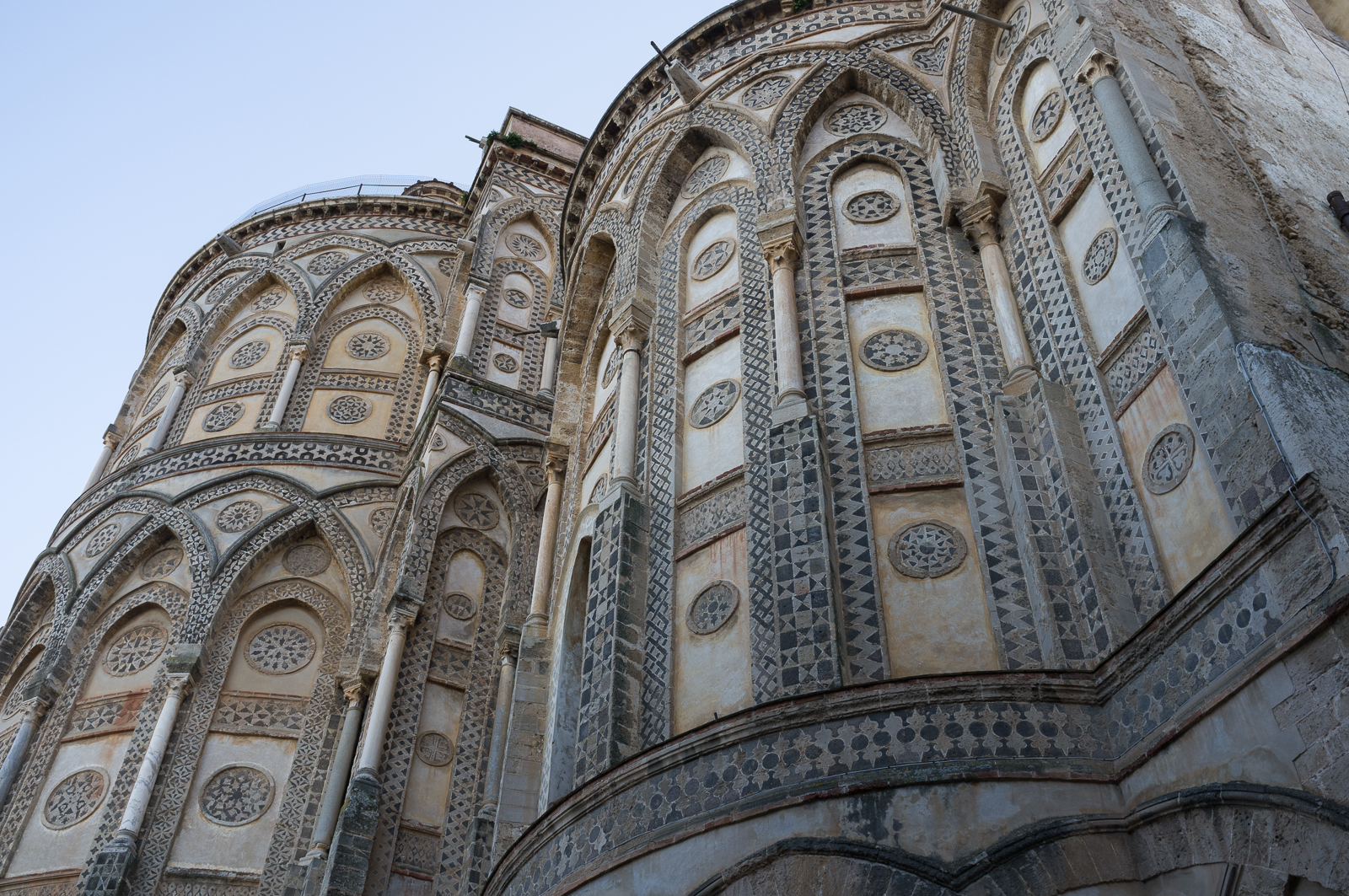 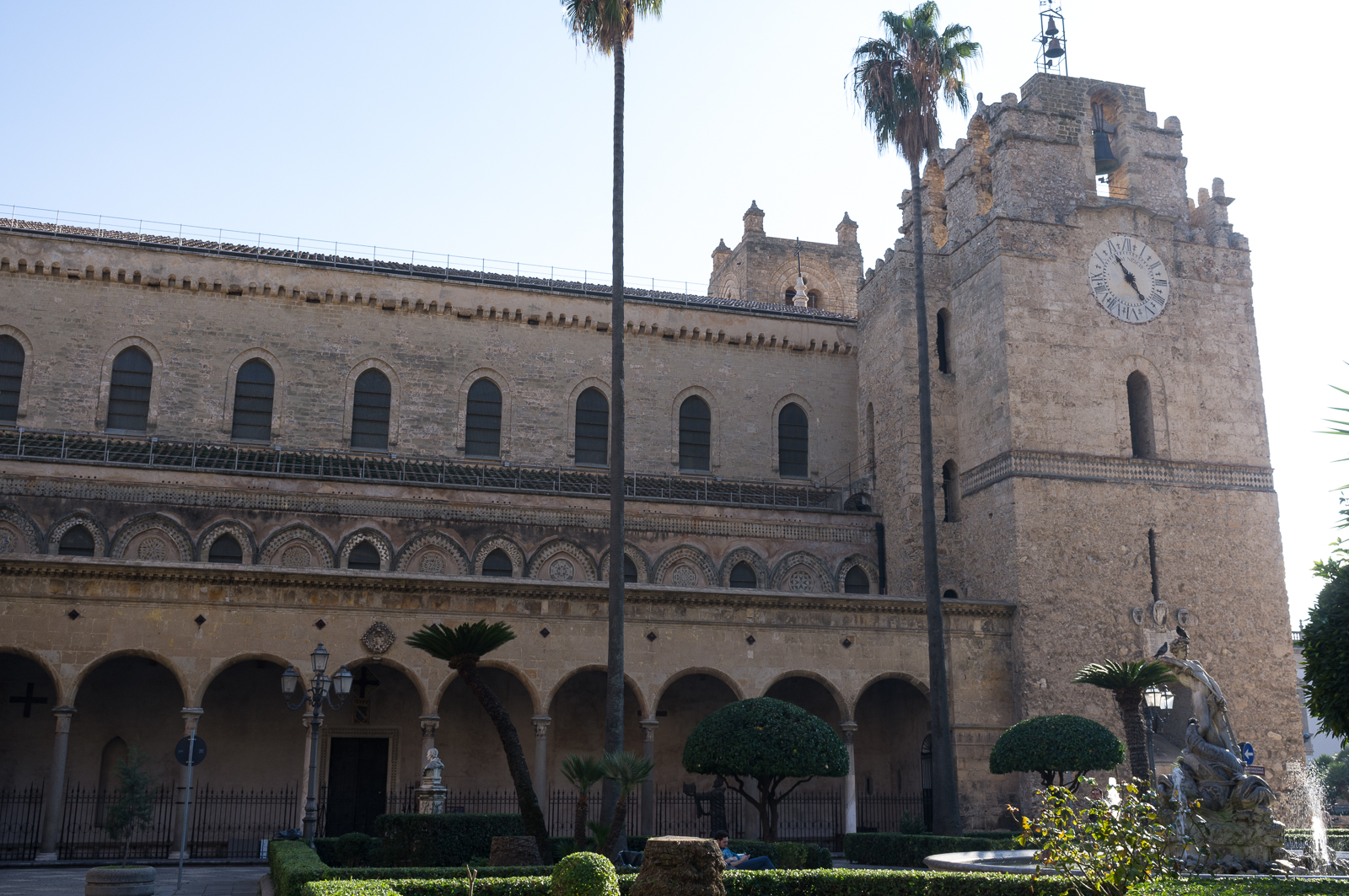