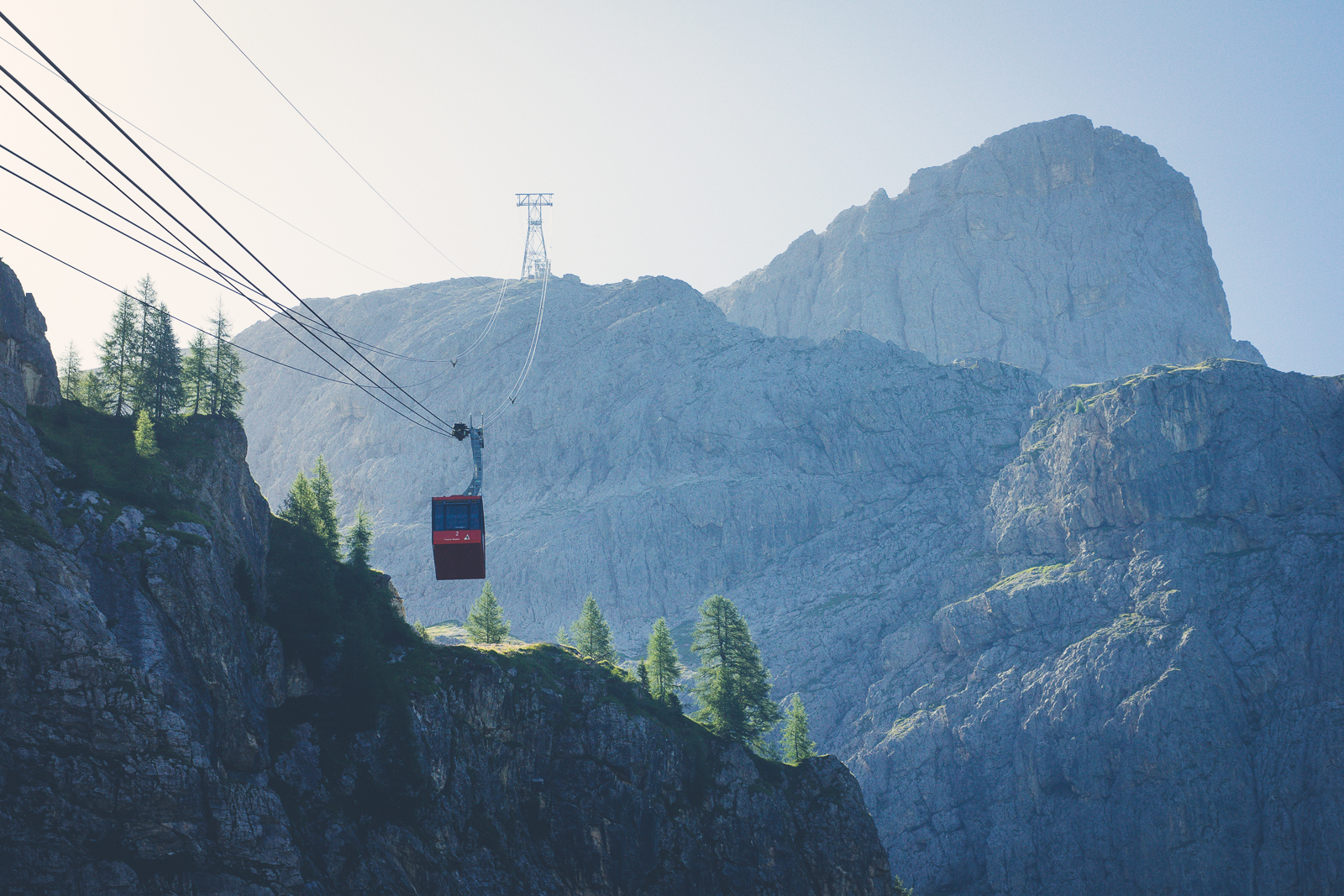 The funicular up to Rosetta 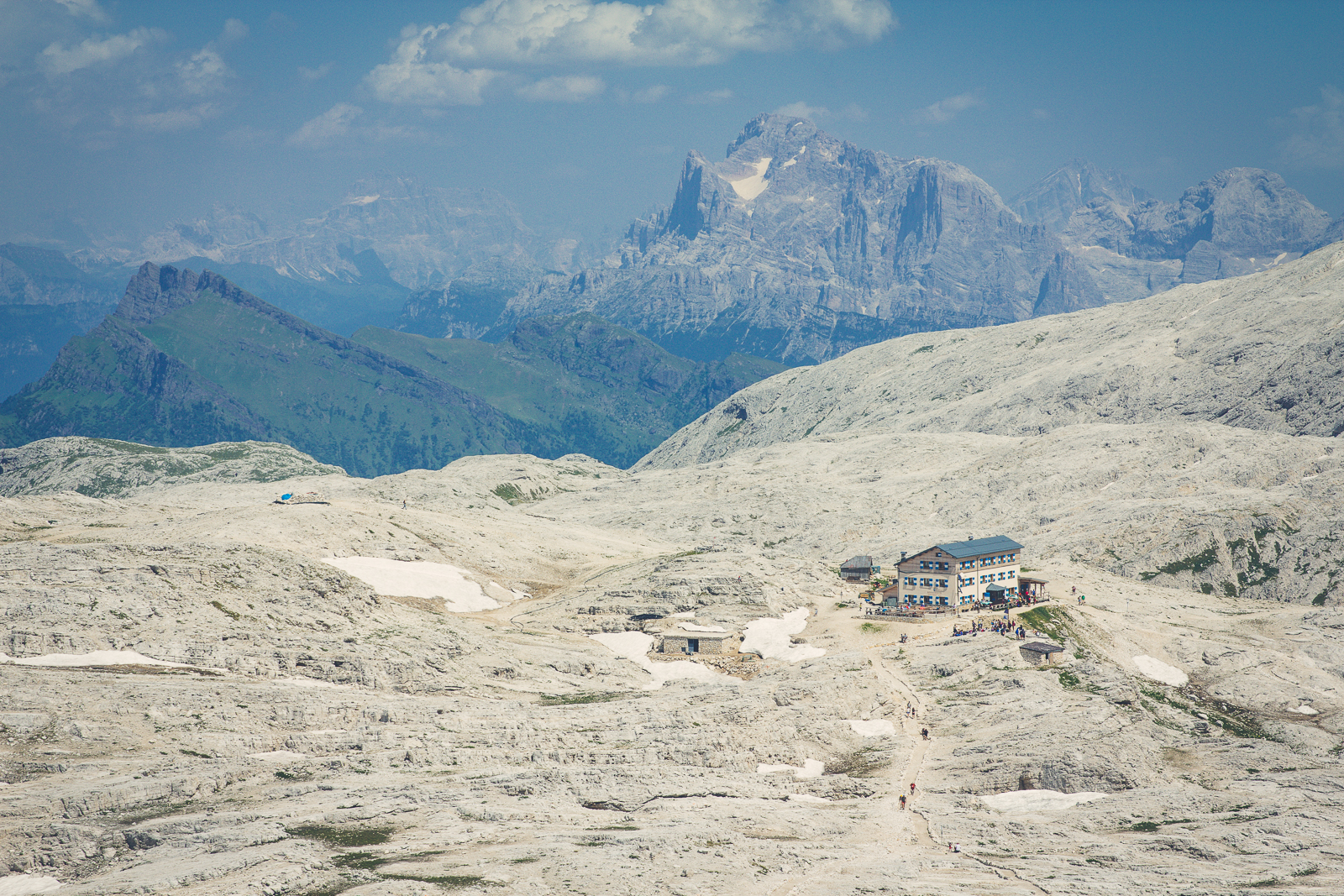 On the 'sentiero' trail 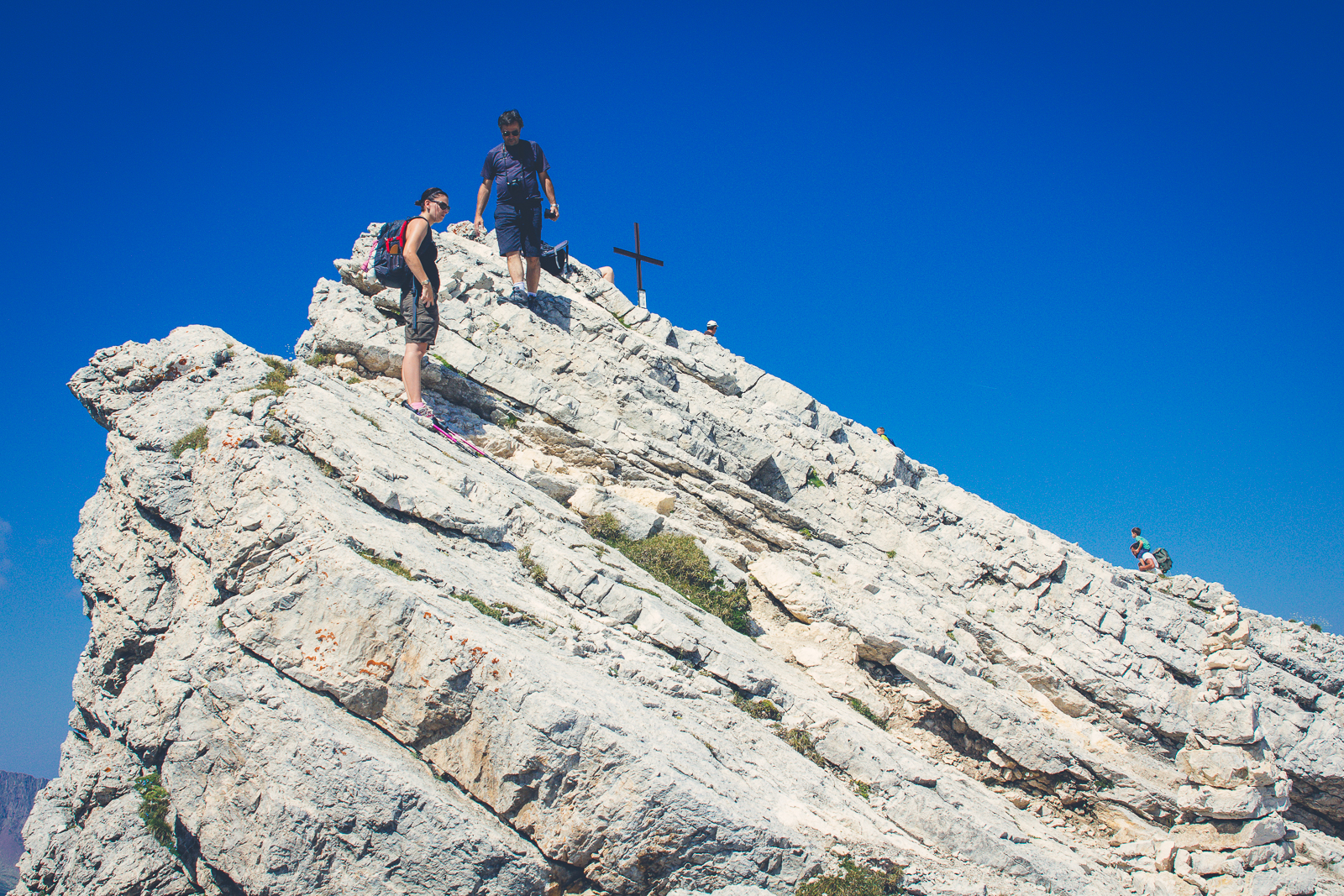 On top of Cima della Rosetta

The Dolomites, named after the French geologist de Dolomieu, rise like a wall above the village of San Martino di Castrozza with the Cima della Rosetta (2743m) in the middle flanked by Cimon della Pala (3184m) on the left side and Pala di San Martino (2982m) on the right. Compared to other mountain ranges the Dolomites are not that high, but they are fascinating rock sculptures of great beauty; they look like eroded towers and soaring walls in grey, beige, ochre, yellow and red colours.

San Martino di Castrozza is a mountain resort in the Primiero valley in the Trentino province in northern Italy (Trentino Alto-Adige/Süd Tirol). The village consists mostly of hotels catering to alpine skiers in winter and during the summer season to trekkers coming to enjoy the spectacular Dolomites and the valleys.

The accomplished trekker would certainly want to walk on the zigzag paths on the steep mountain side, from the village all the way up to the plateau. For the rest of us the cable cars provide easy access to these truly unique mountains.

Cima della Rosetta is a short but very steep half hour climb  from the Rosetta cable car (funavia) station. The view is literally breathtaking, and slightly dizzying.

There are several “rifugio” mountain cabins or houses in these areas where you can rest and possibly get a good meal and even stay overnight. The views are spectacular from just about any point along the trails.

Rent a mountain bike in San Martino and give your legs a real work-out on the 9km uphill climb to Passo Rolle. Absolutely worth if for the thrilling ride back down to San Martino. 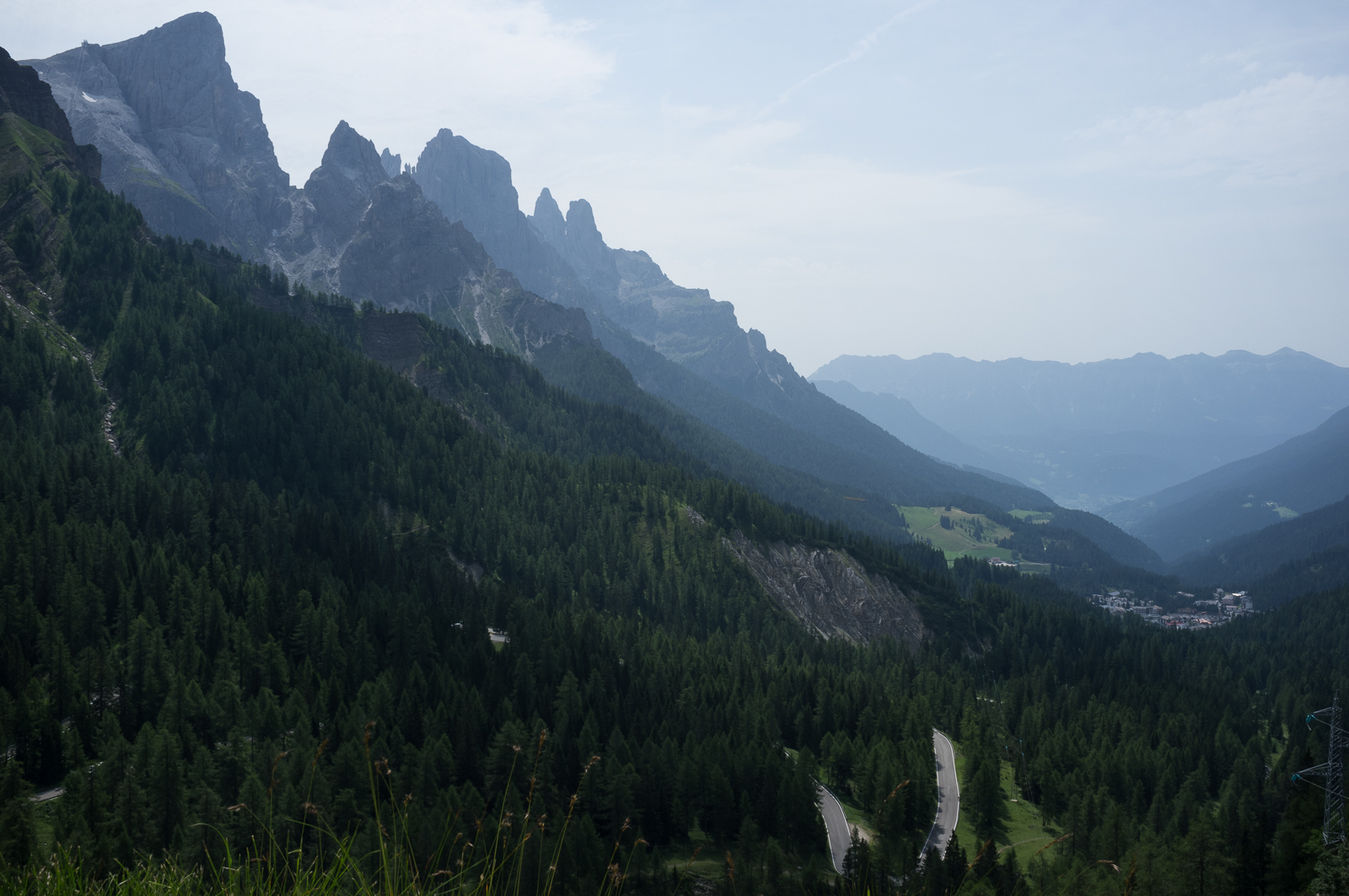 The road up to Passo Rolle (mountain pass) 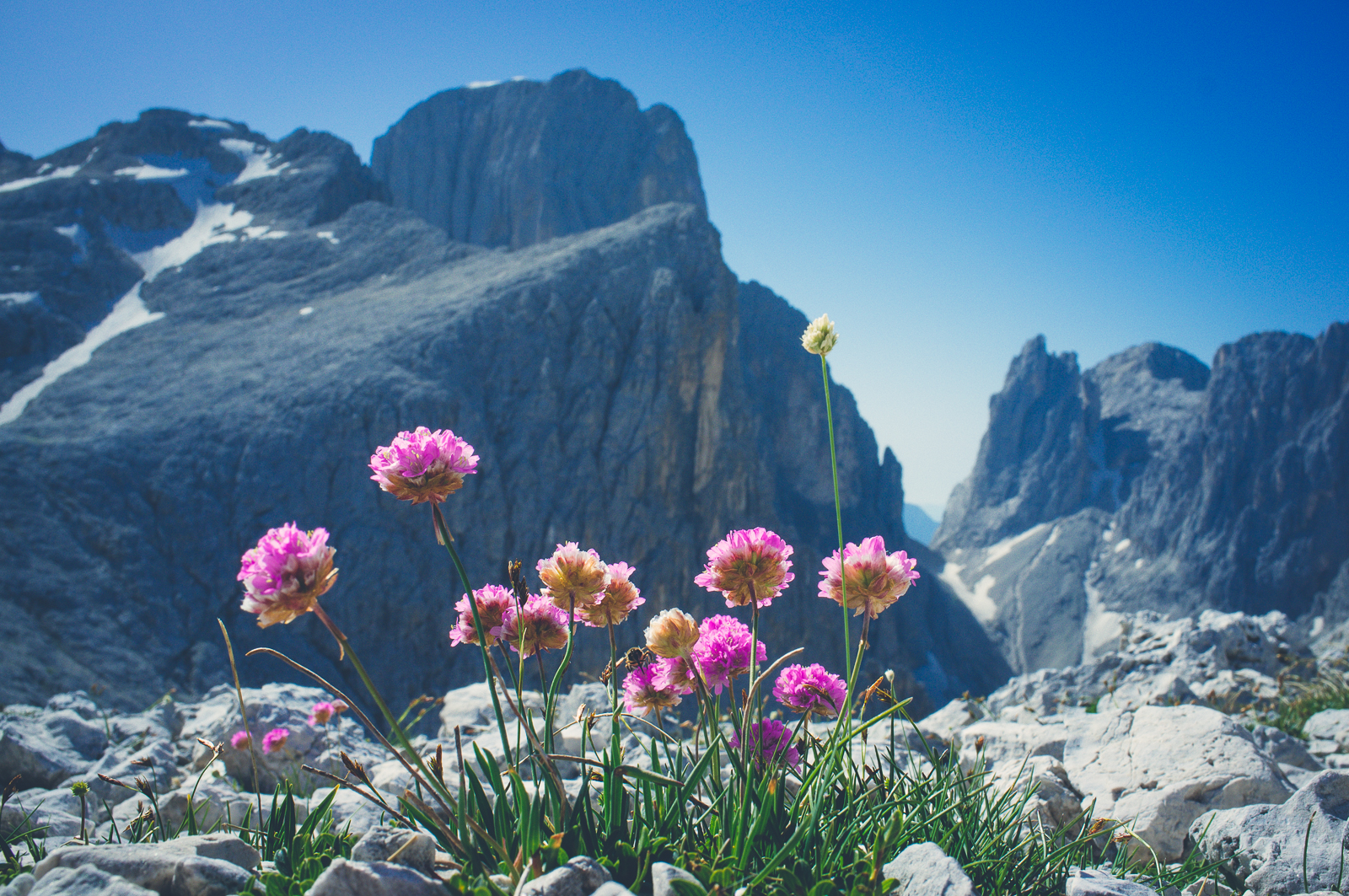