Water, sky and earth come together here in the Po Delta and along the canals of old Comacchio in the Emilia-Romagna region. Once upon a time there must have been a lot of activity on and along Canale Maggiore, the main canal. Comacchio lies a bit off the so called beaten tourist tracks in Italy.

It is decidedly a quiet town. Yet, the historic centre is vibrant and alive in its own subtle ways. Stroll on the wide embankments and take in the views from a bridge, on the Trepponti, or on a corner at the next bend of the canals. Comacchio is as the Italians say, “suggestiva”. It has a quiet appeal vaguely evocative of some scenes in a film, perhaps an Italian film that you saw years and years ago, but you can’t seem to remember which one…

Comacchio is sometimes called ‘little Venice’ because of its many canals, its bridges and 13 small islets. Although smaller, Comacchio does in fact resemble the town of Chioggia on the edge of the Venetian Lagoon, just north of the Po Delta. Burano and Murano near Venice also come to mind. 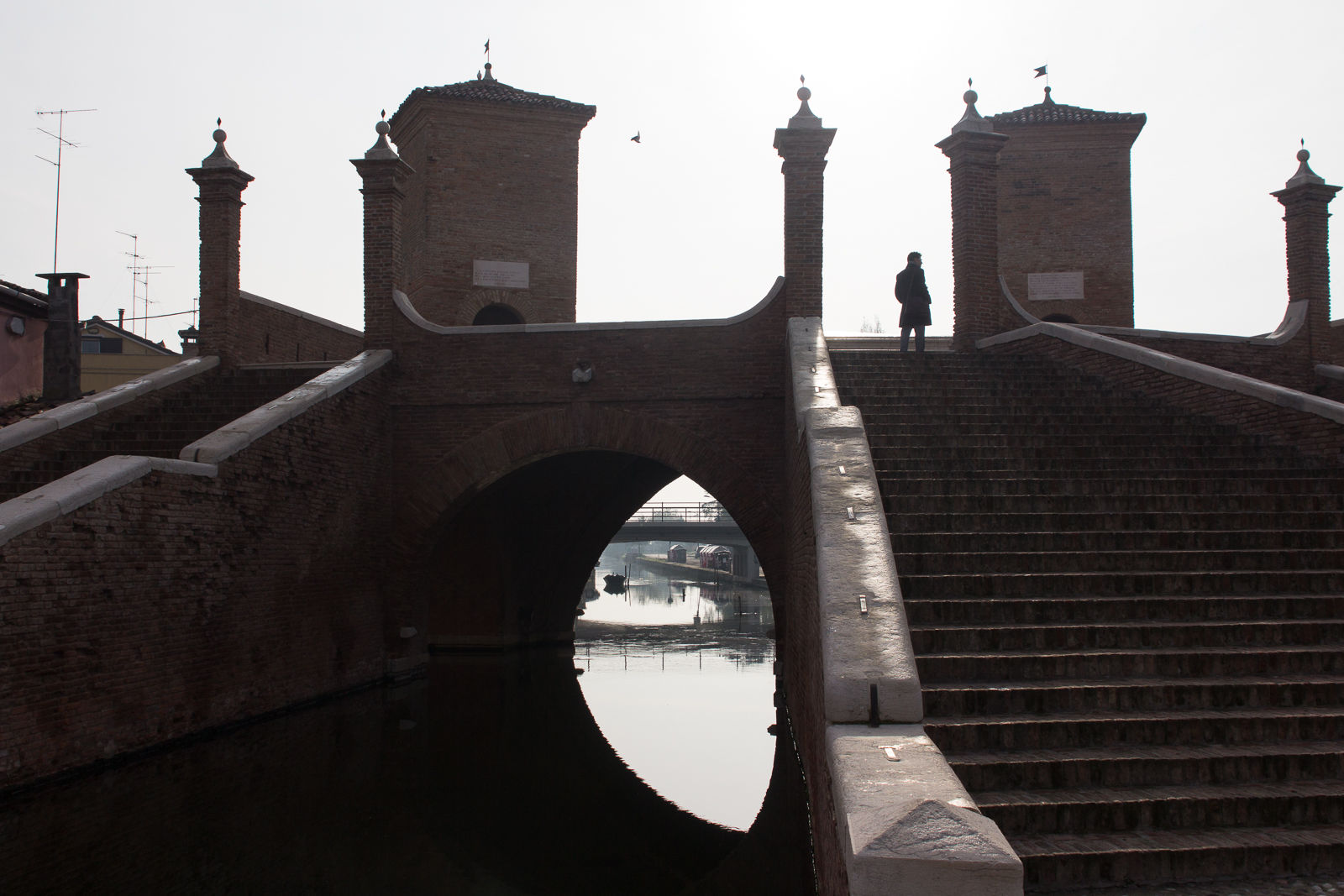 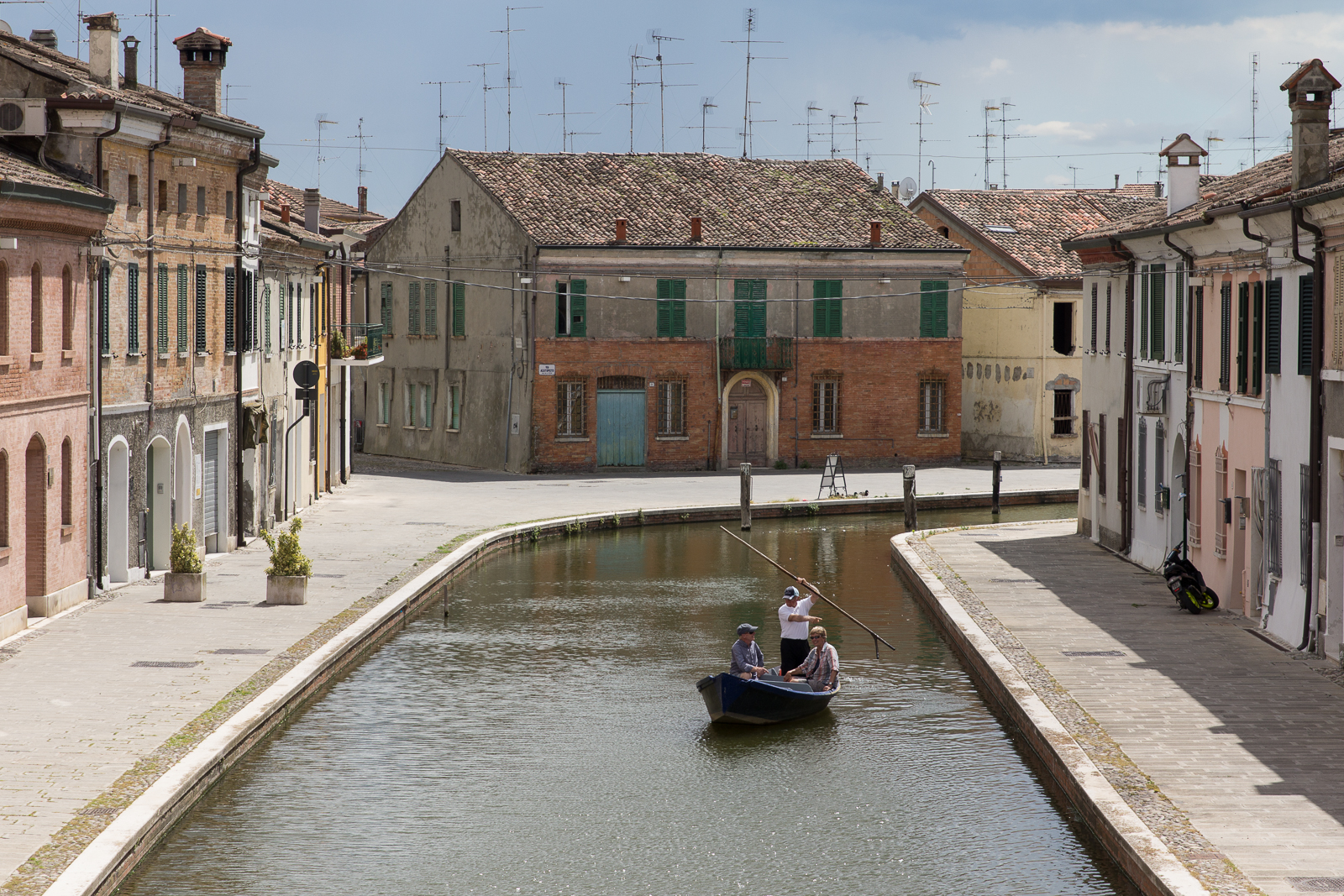 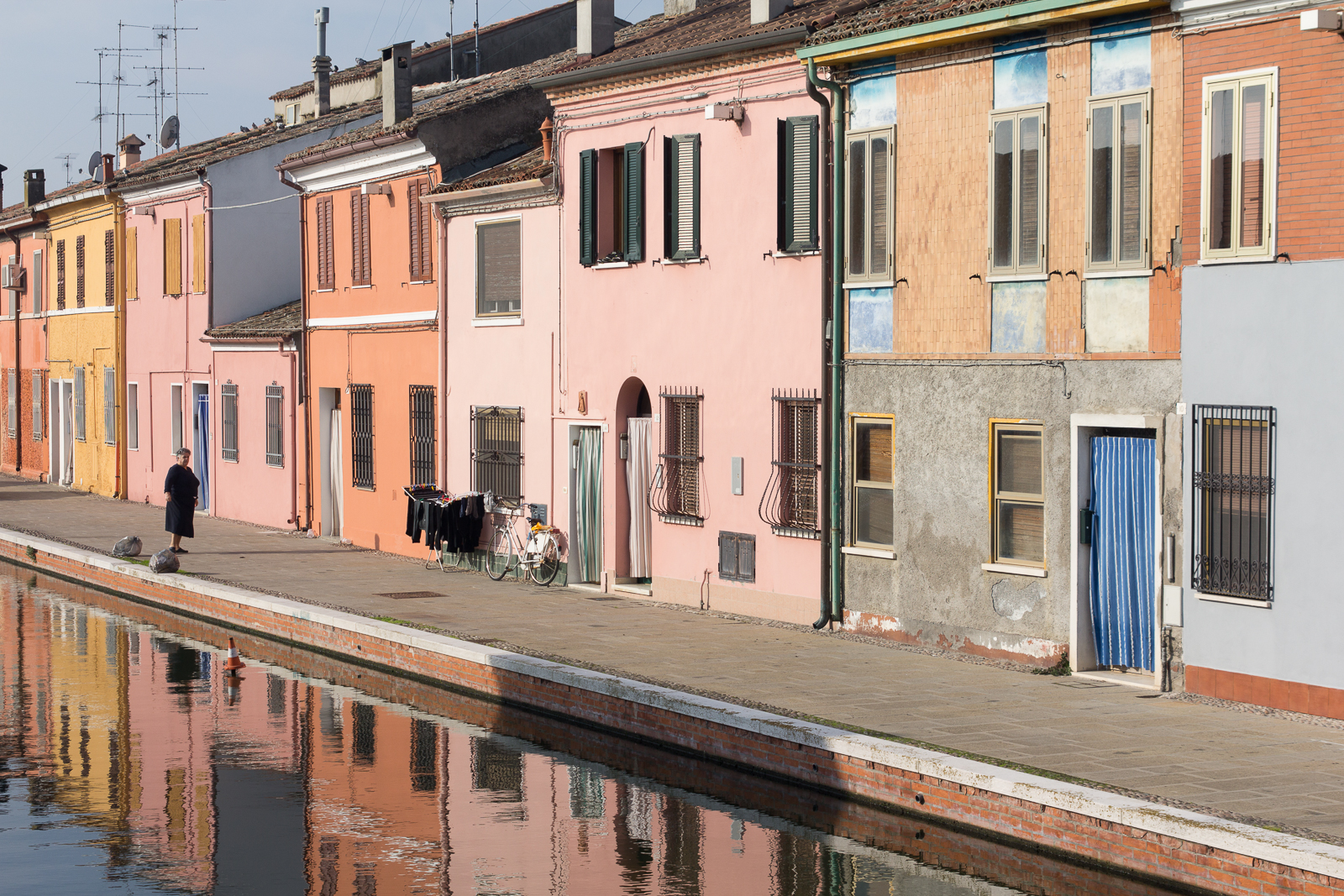 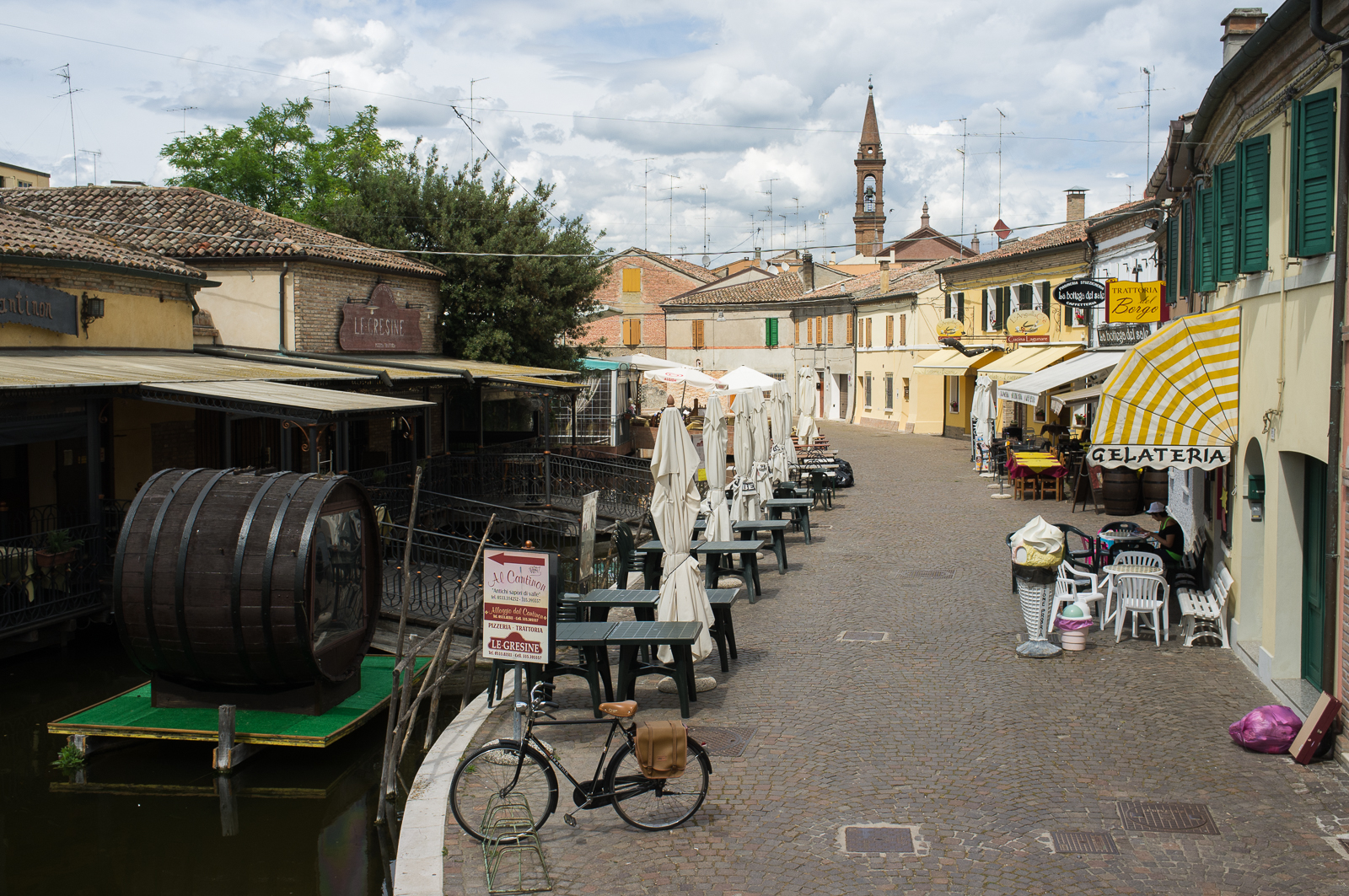