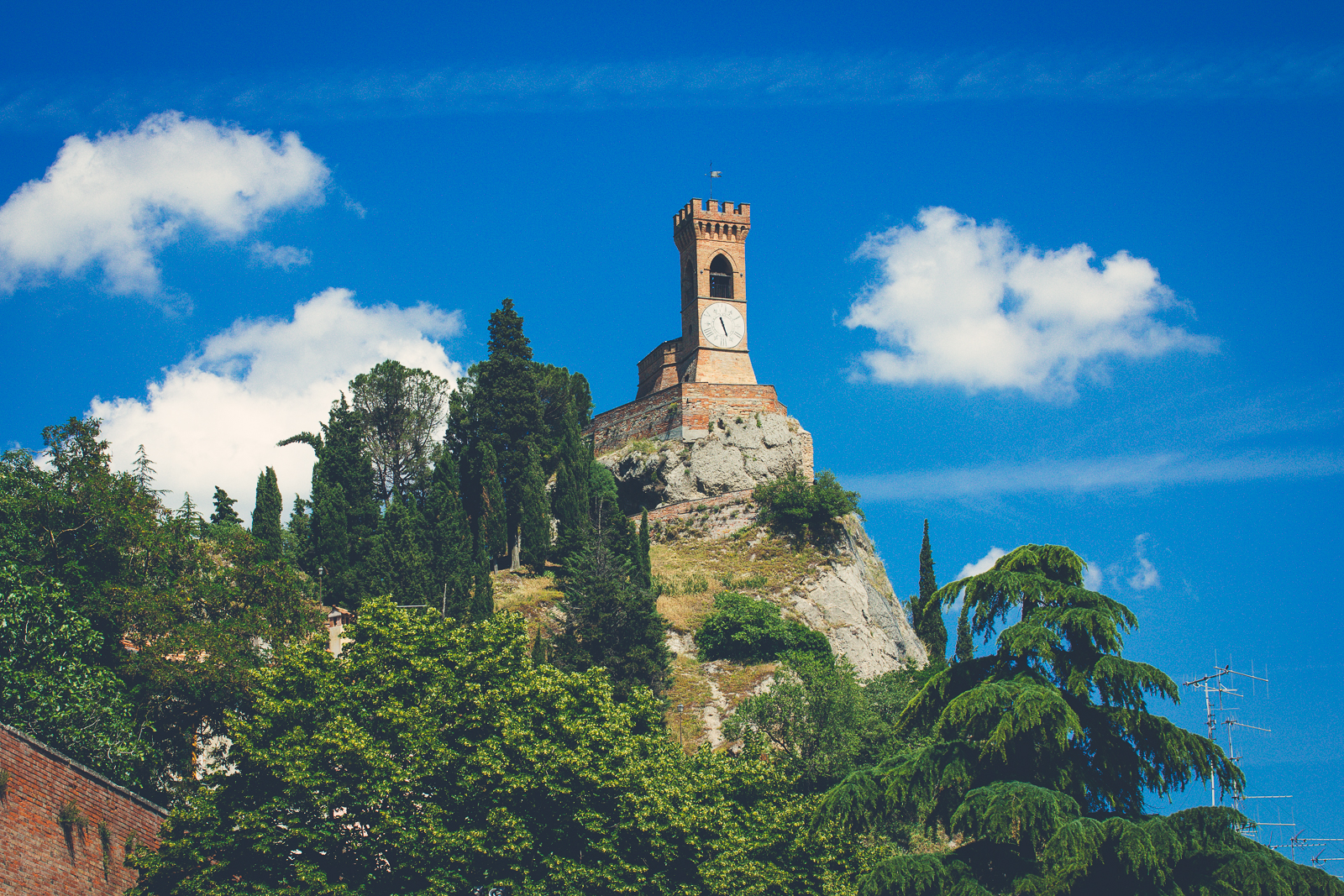 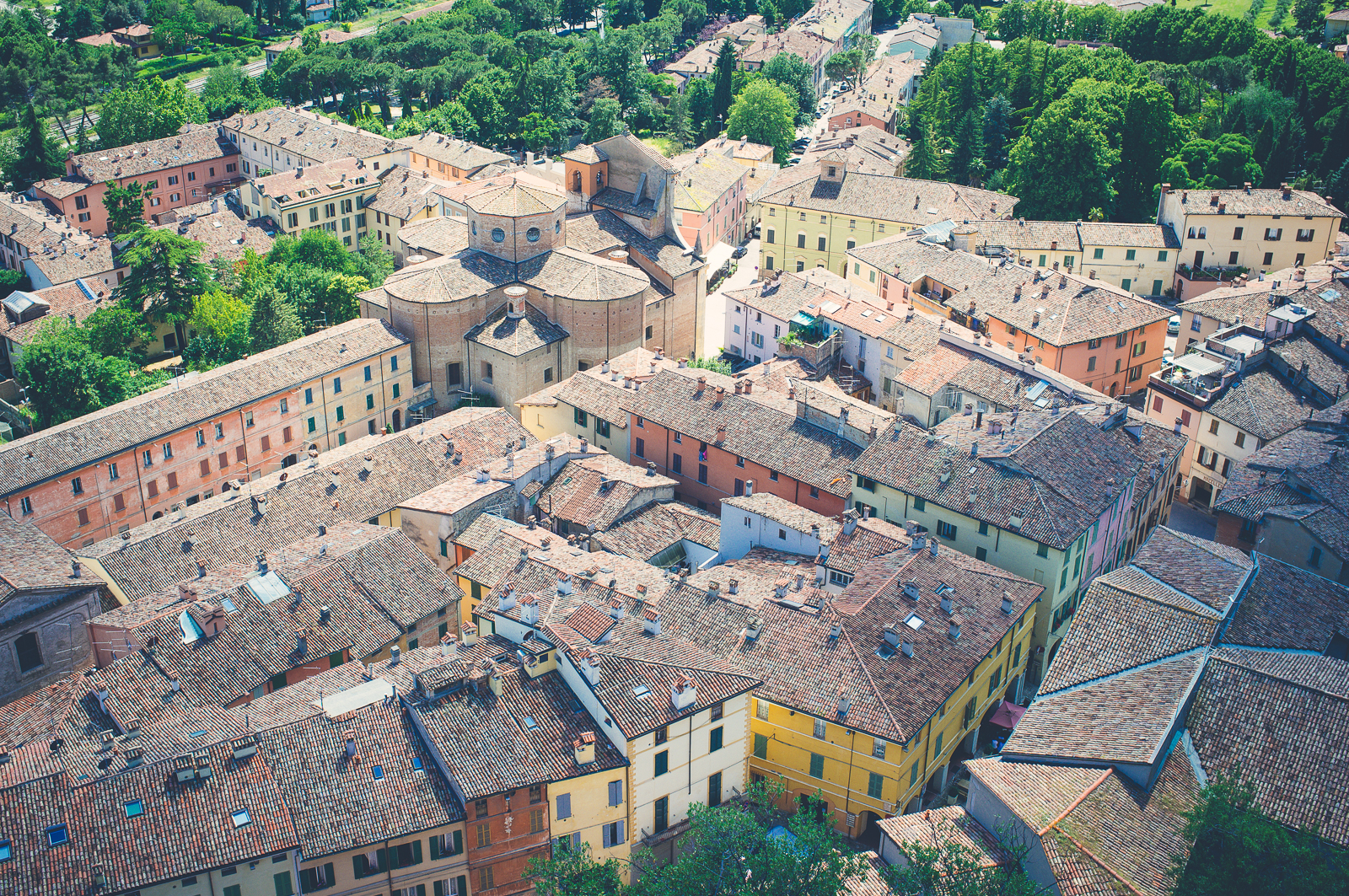 Brisighella as seen from the clock tower
Emilia-Romagna - Italy

Brisighella is a small medieval town situated in the Lamone valley in the region of Emilia-Romagna and the Province of Ravenna, cozily nestled at the foot of the northern Apennine hills. Brisighella is considered one of the most beautiful villages in Italy by “I Borghi più belli d’Italia”, an association of small Italian towns of strong artistic and historical interest. Brisighella can be reached by car or train directly from Florence or via Faenza from Bologna, Ravenna and Rimini.

The first things you will see when you arrive in the town is the famous clocktower, Torre dell’Orologio, and also the La Rocca fortress, both perched atop of two of the three hills that make up the iconic profile of the town.

Take the short climb up the stairs to Torre dell’Orologio and you will be rewarded with an airy view of the valley and the rooftops and town beneath you. The fortress “La Rocca Manfrediana” is perhaps most impressive when seen from the clocktower vantage point. The 14th century fortress can easily be reached if you take the connecting hillside road. A little further, on the third hill as it were, stands the Sanctuary of Monticino.

One of the most interesting spots in Brisighella is the elevated “donkeys alley” walkway, the Via degli Asini with the arched windows (see photos above). Brisighella is located in a “chalk vein” region (Vena del Gesso) and the name comes from a time when donkeys were used for transportation of chalk from the nearby quarries. The donkeys were kept in the rooms in the walkway and in the stables on the ground floor. See photo on top of the page for a view from the square below, Piazza Marconi. 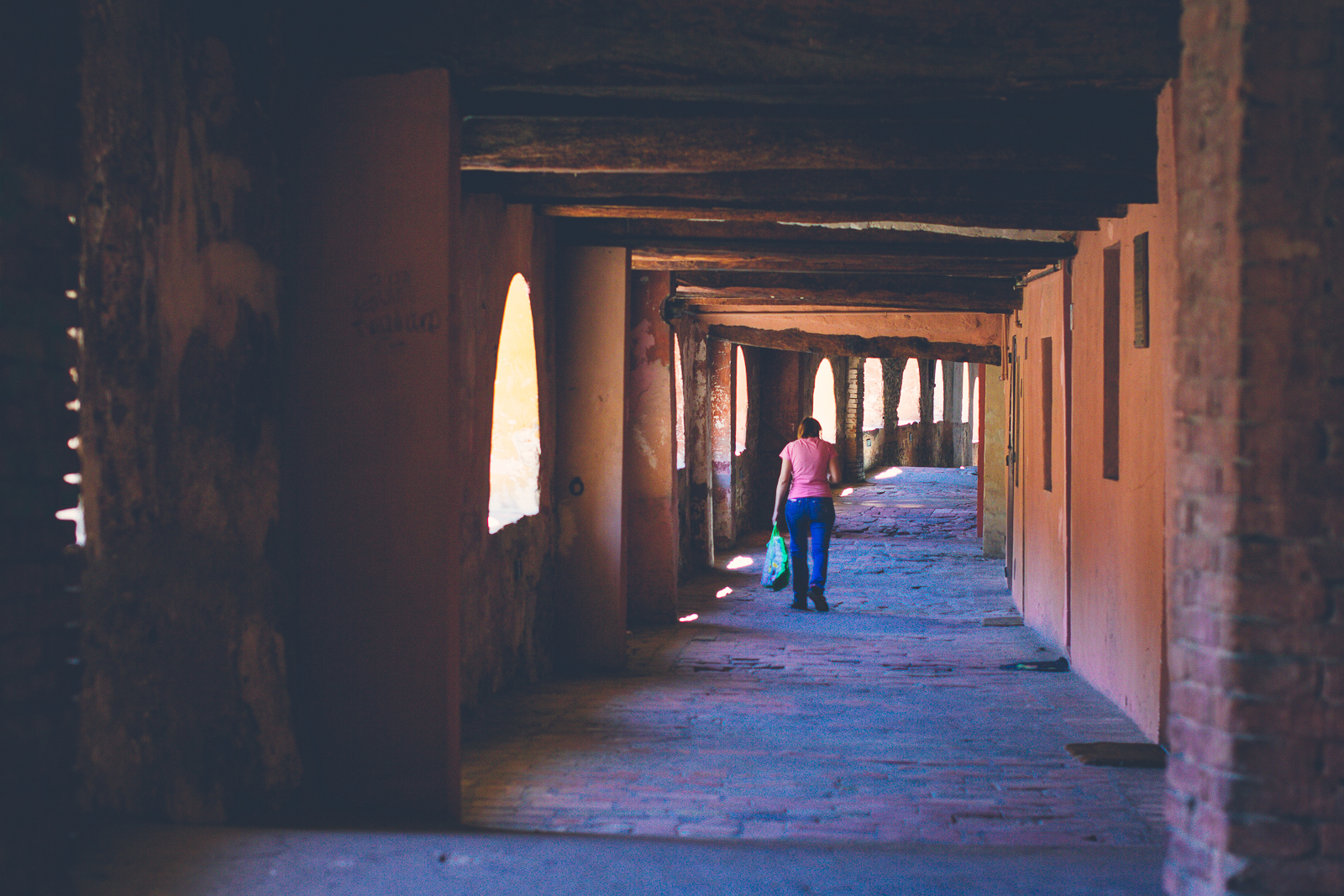 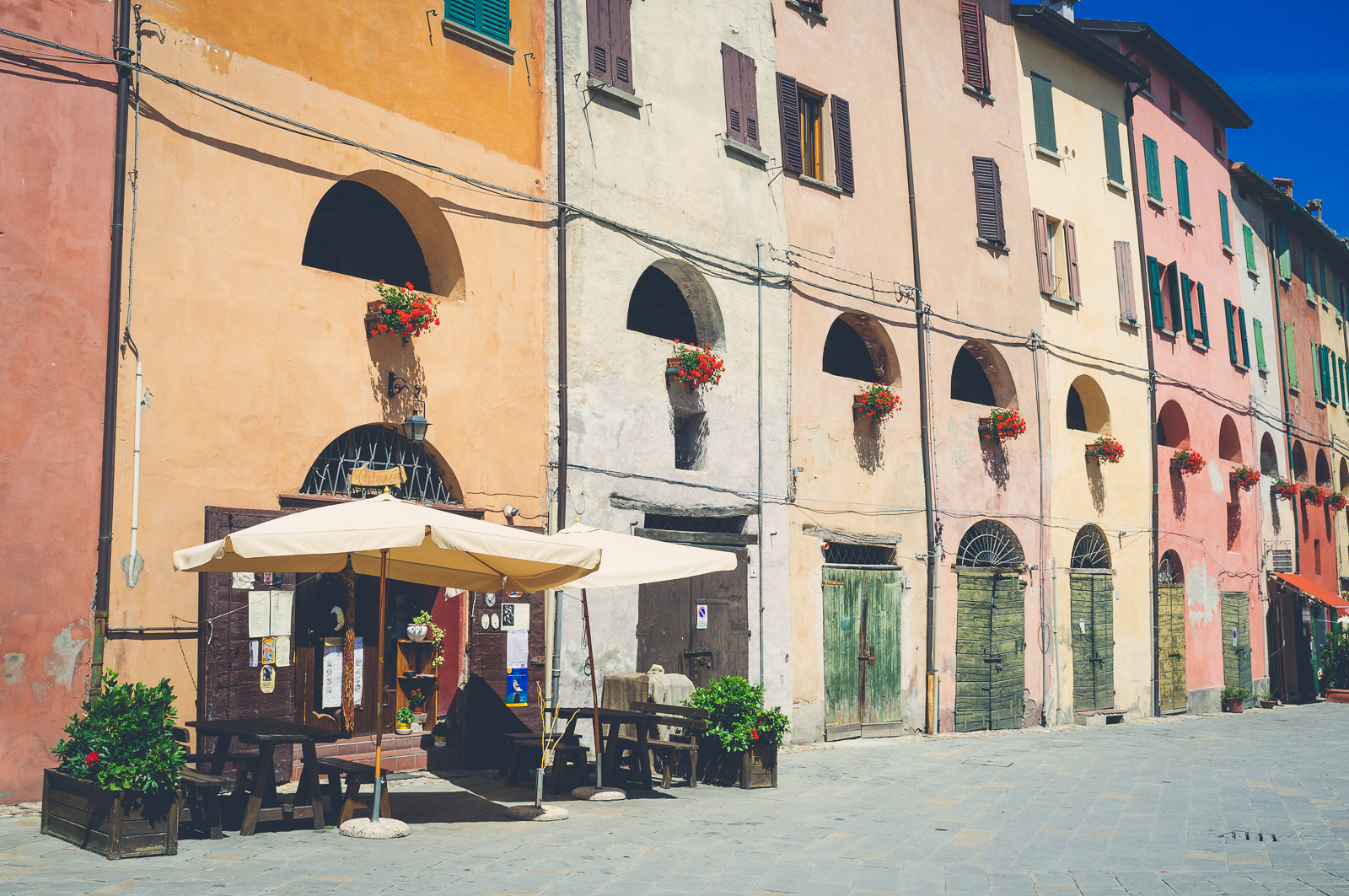 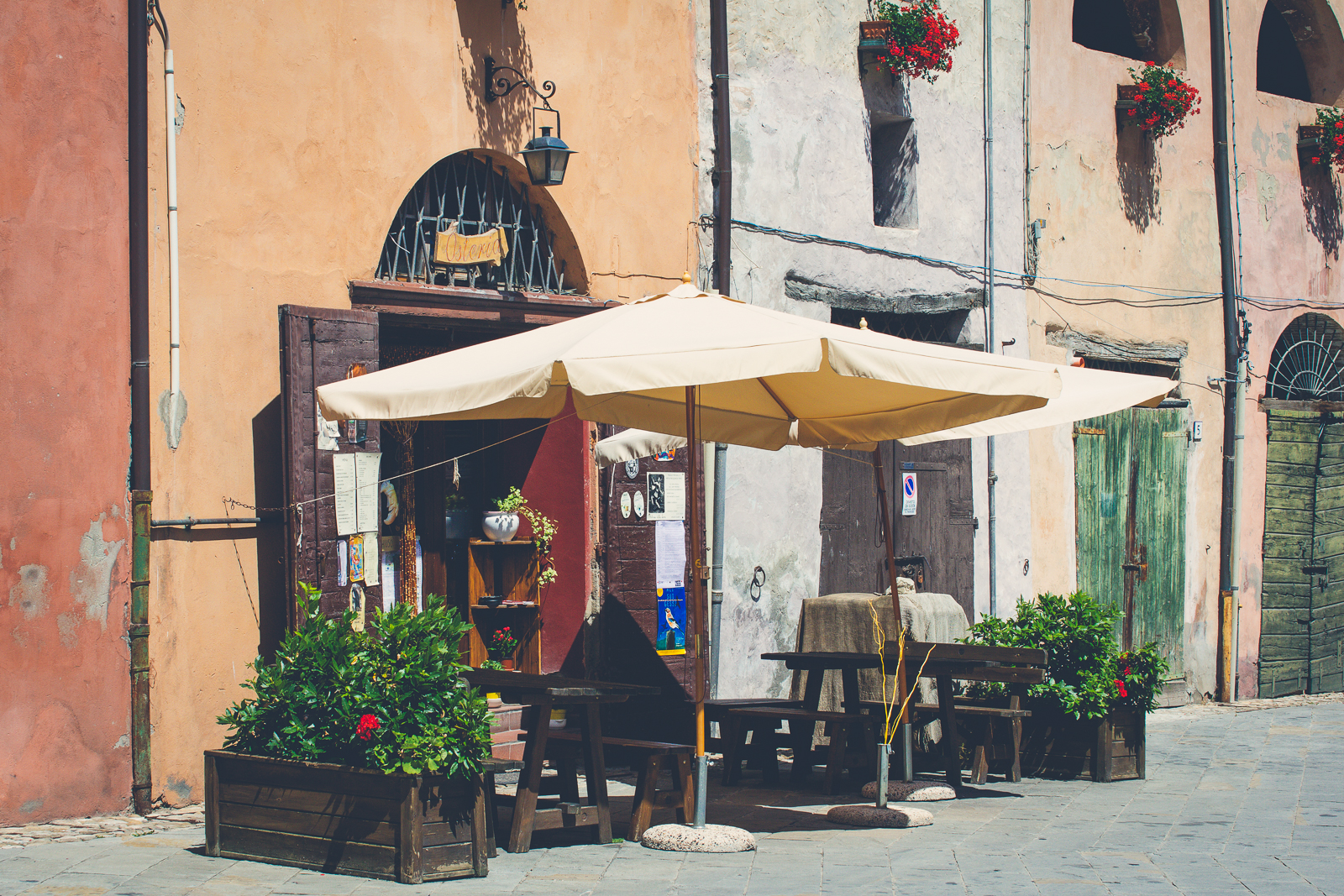