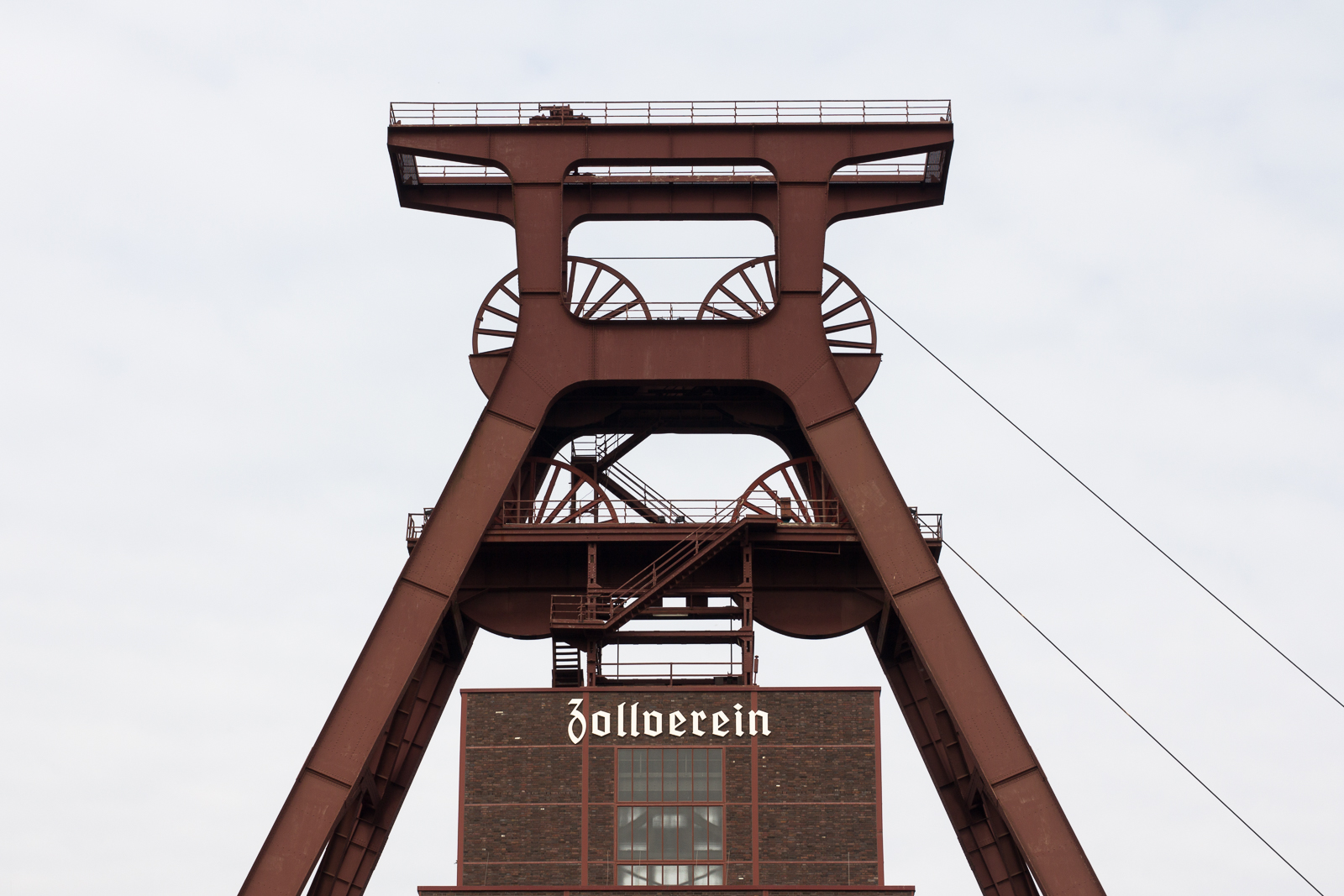 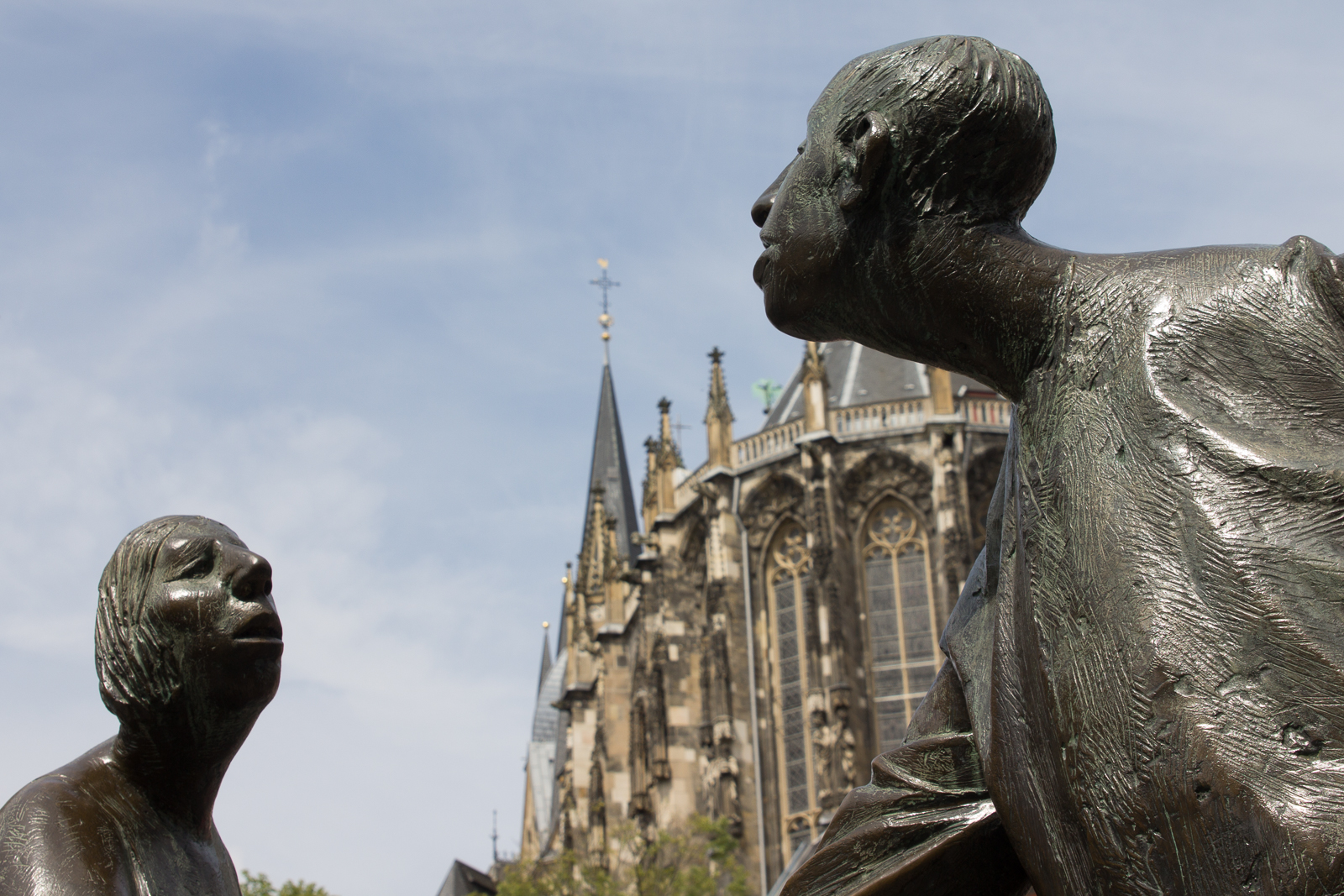 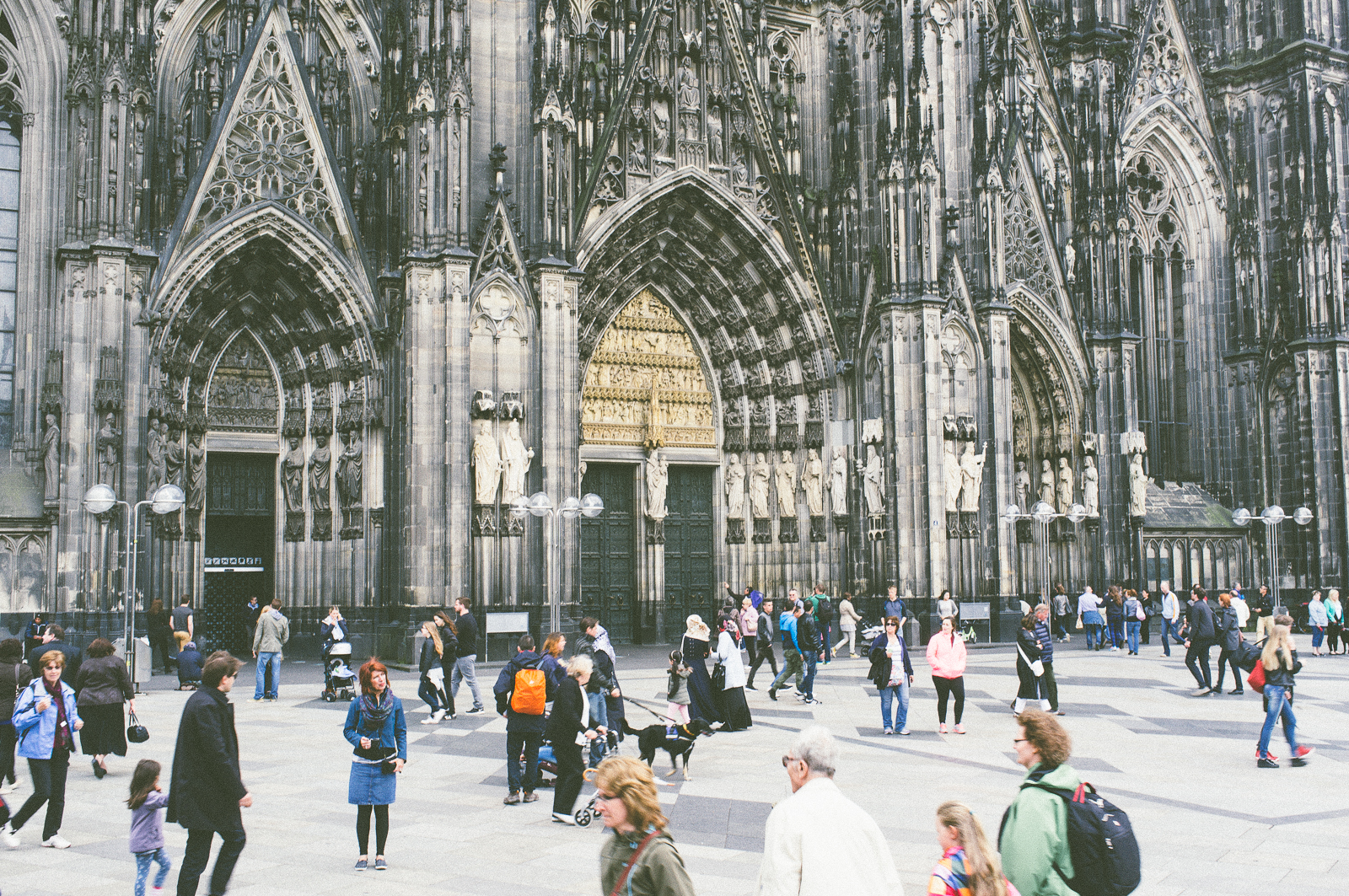 Aachen prides itself on being the quintessential European town, but not just because it is situated right in the middle of the continent, in the western part of Germany, a stone’s throw from the borders to the Netherlands and Belgium. Back in their days the Romans were drawn to Aachen because of its thermal springs and spas, but it is the historically important ruler and King of the Franks, Charlemagne – Charles the Great (c.742-814), his legacy and the legends surrounding him that firmly put the town of Aachen at the centre of European history.

Aachen was the royal estate and home base of the vast Carolingian empire and its great ruler. Uniting most of western Europe for the first time since the Roman Empire, Charlemagne is also called “pater Europea“, Father of Europe. Crowned Emperor of the Roman Empire in 800 AD and with close ties to the pope, his dream was to create a “new Rome” north of the Alps. Construction of a chapel, now the octagonal inner part of Aachen Cathedral, began in the late 8th century. From the mid 10th well into the 17th century, the Cathedral was the Coronation Church for a succession of 30 German kings.

Cologne Cathedral was once upon a time the tallest building in Europe. While it does not hold that record any more it might still be one of the most impressive religious structures ever built. Situated on high ground in between buildings much lower than itself only emphasizes the massive proportions.Overwhelming at first glance, the 7000 m2 main (west) façade is a consistently designed, rhythmic upward movement of like elements.

The richly decorated portals and windows with pointed arches are adorned with a host of various geometric tracery forms (foils) and crockets – all design elements typical of the Gothic building style. On the second level are two tall and slender windows on both sides of the central window, corresponding to the two aisles on either side of the nave inside.

The cathedral is laid out in the shape of a cross (cruciform) with a total external length of about 145 m. The width of the transept is 86 m. The nave inside is 119 m long and 43 m high. The two 157 m high towers are octagonal in shape. Due to the cathedral’s location however, the rather acute perspective from the square in front of the cathedral makes the towers seem heavier, as if by foreshortening, than if they were viewed from a distance… 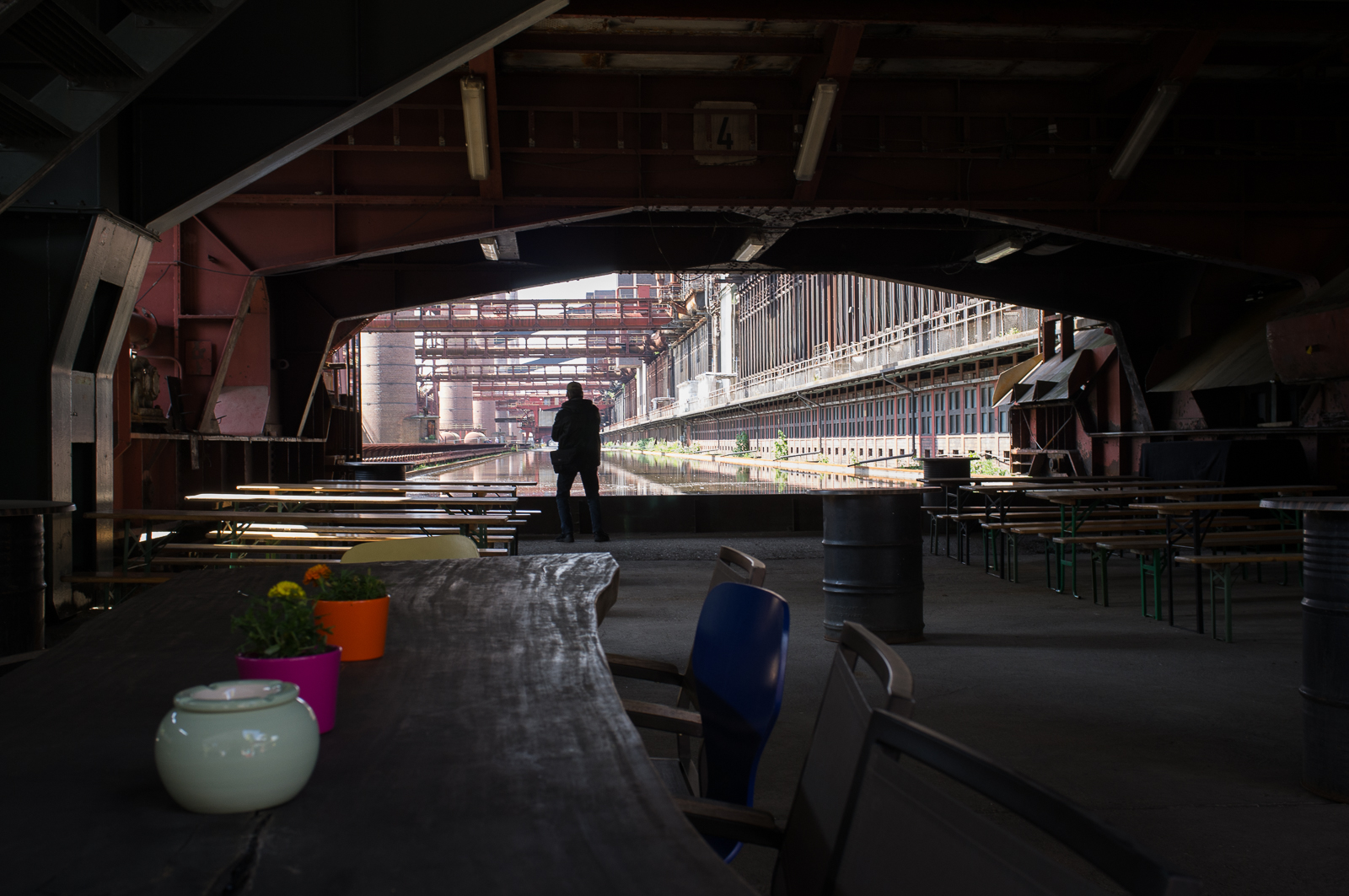 Café by the coking plant in Zollverein 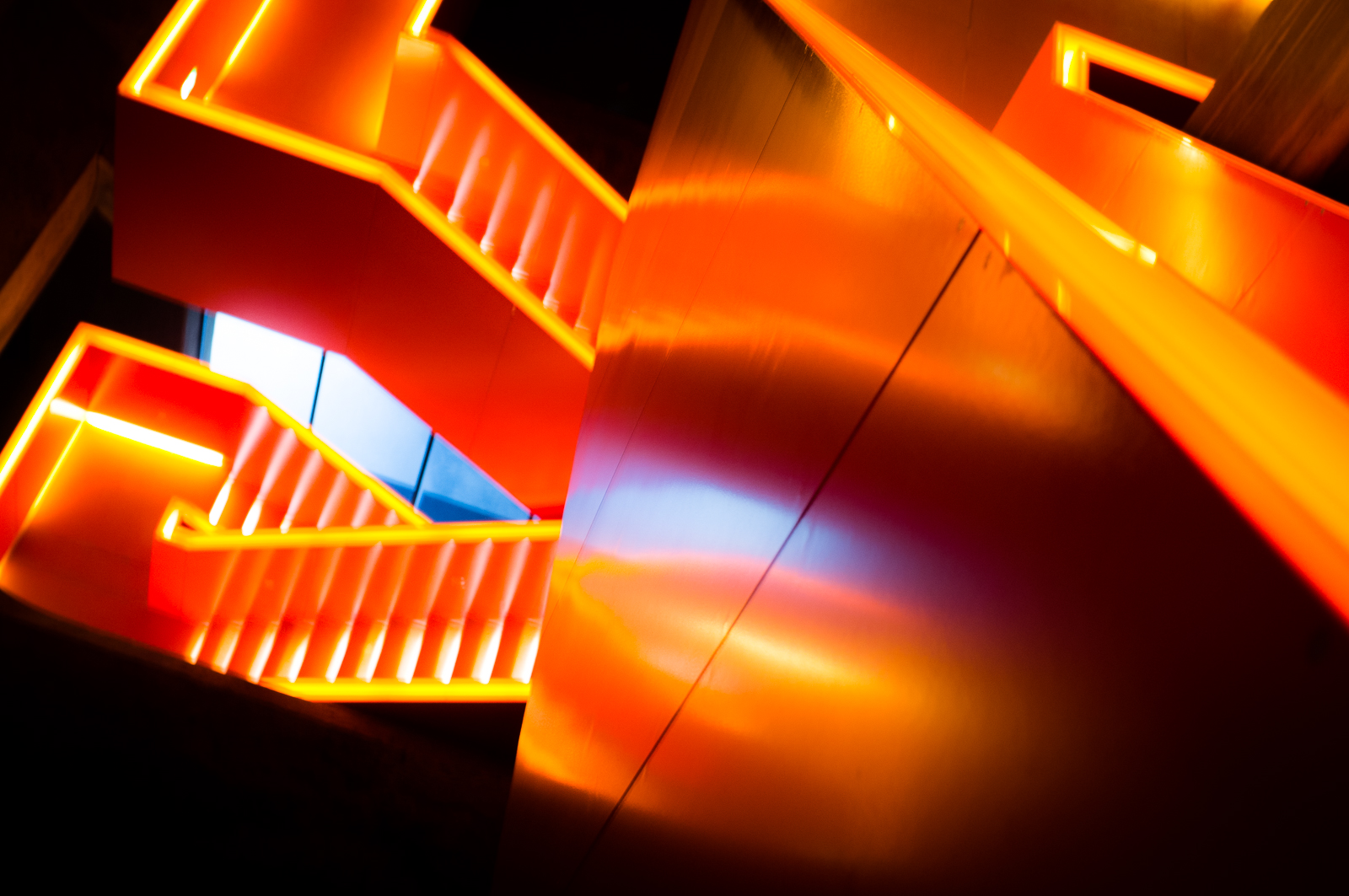 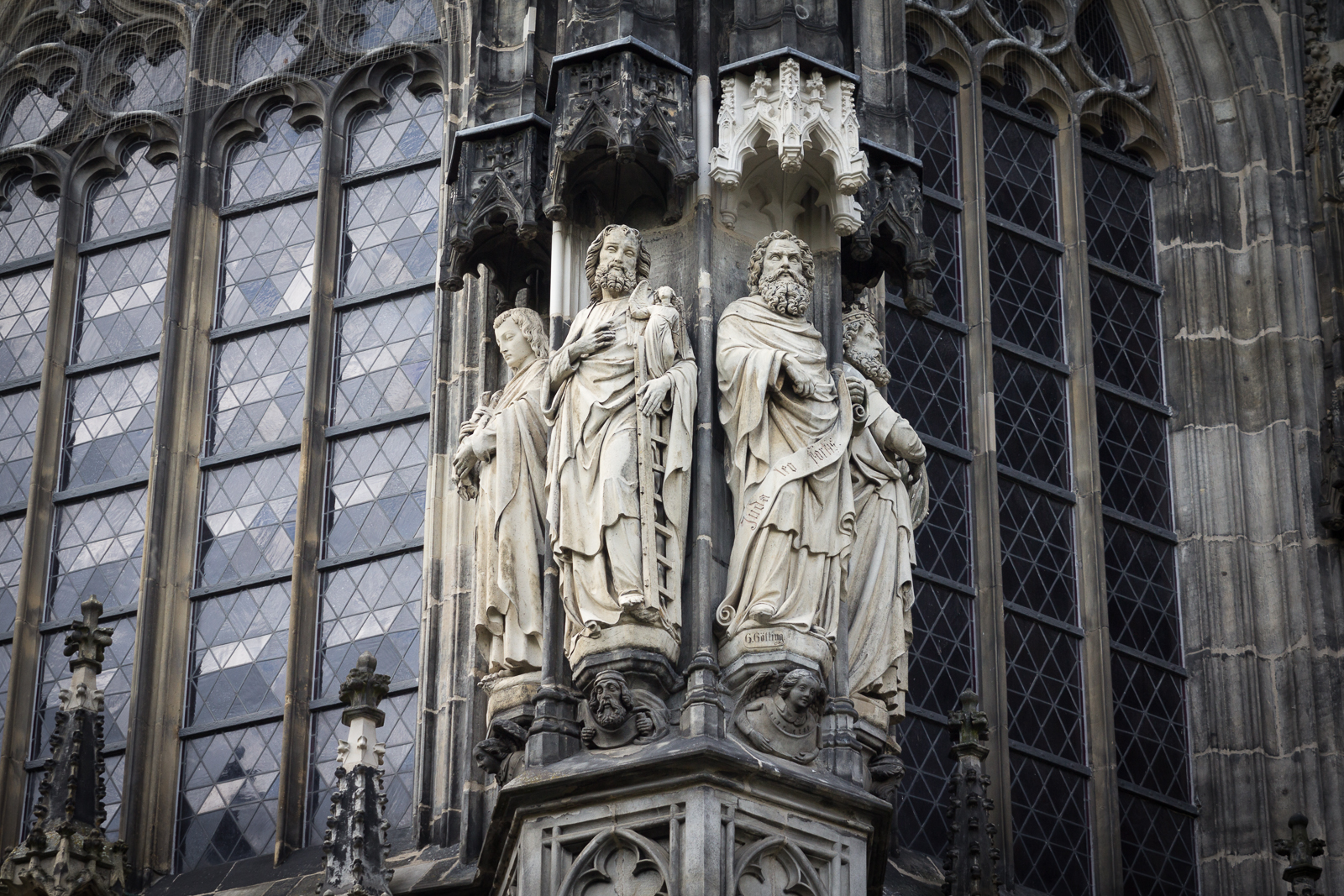 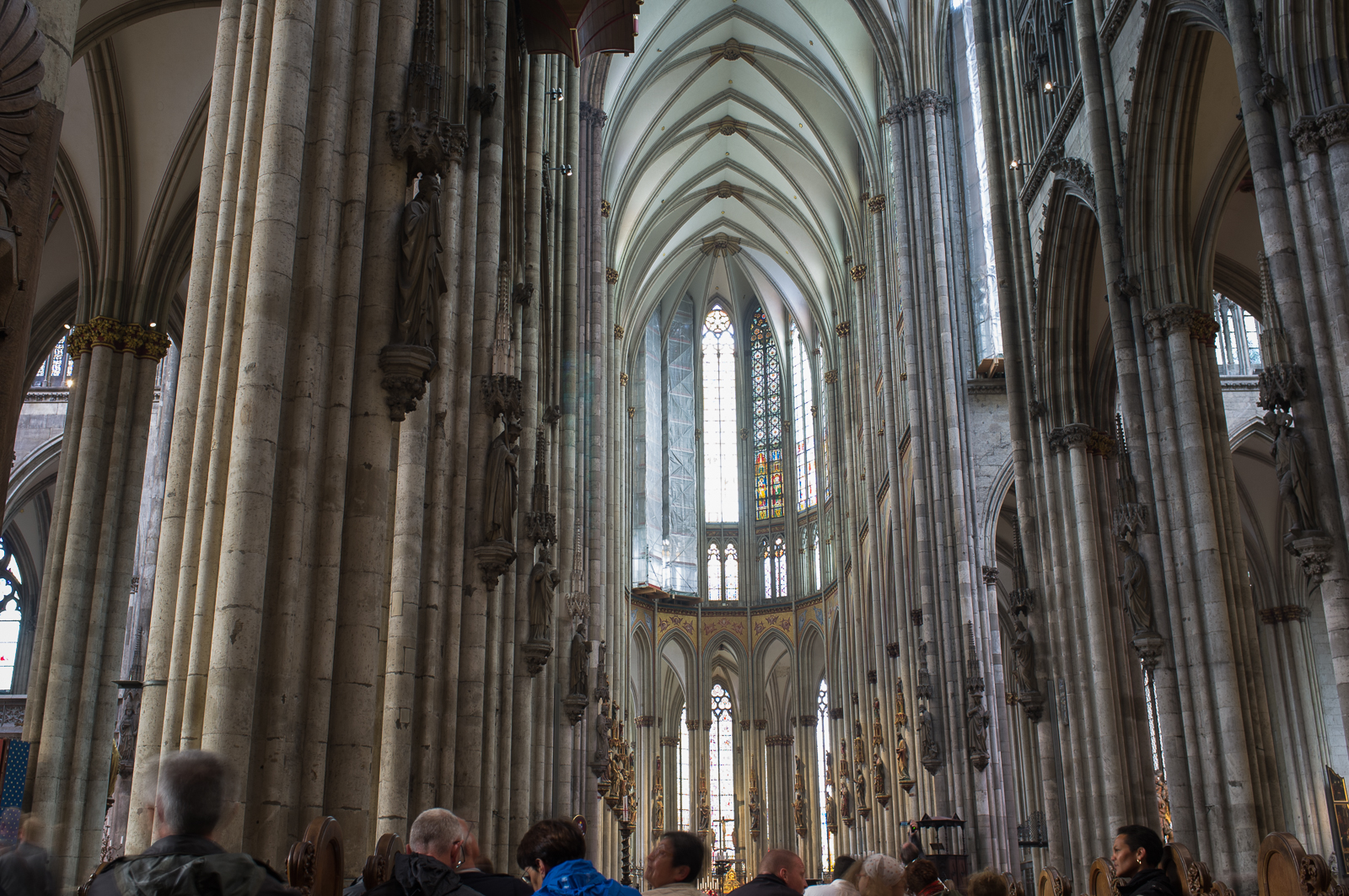 Zollverein Coal Mine Industrial Complex in Essen, Germany was once the world’s largest coal mine and coking plant. The first shaft was sunk here in 1847. In the early 1930s it was transformed into a modern and highly efficient coke producing plant, with a Bauhaus-inspired exterior that effectively hides what must have been an industrial opera of a kind – a sooty cacophony of mechanical noise from heavy machinery, endless conveyor belts and blast furnaces on the inside.

A World Heritage site since 2001, the Zollverein complex now stands as a massive monument over an important chapter in the recent central European (industrial) history. Today this enormous complex just outside the city of Essen is the tranquil home to the Ruhr Museum, the Red Dot design museum, arts and crafts workshops, restaurants, concerts and events.