Begun some time after 1238 and consecrated on 26 April 1248,[2] the Sainte-Chapelle is considered among the highest achievements of the Rayonnant period of Gothic architecture. It was commissioned by King Louis IX of France to house his collection of Passion relics, including Christ’s Crown of Thorns—one of the most important relics in medieval Christendom.

Along with the Conciergerie, the Sainte-Chapelle is one of the earliest surviving buildings of the Capetian royal palace on the Île de la Cité. Although damaged during the French Revolution, and restored in the 19th century, it has one of the most extensive 13th-century stained glass collections anywhere in the world.

The royal chapel is a prime example of the phase of Gothic architectural style called “Rayonnant”, marked by its sense of weightlessness and strong vertical emphasis. It stands squarely upon a lower chapel, which served as parish church for all the inhabitants of the palace, which was the seat of government (see “palace”). The king was later recognized as a saint by the Catholic Church. His title became Saint Louis.

The most famous features of the chapel, among the finest of their type in the world, are the great stained glass windows, for whose benefit the stone wall surface is reduced to little more than a delicate framework. Fifteen huge mid-13th-century windows fill the nave and apse, while a large rose window with Flamboyant tracery (added to the upper chapel c. 1490) dominates the western wall. 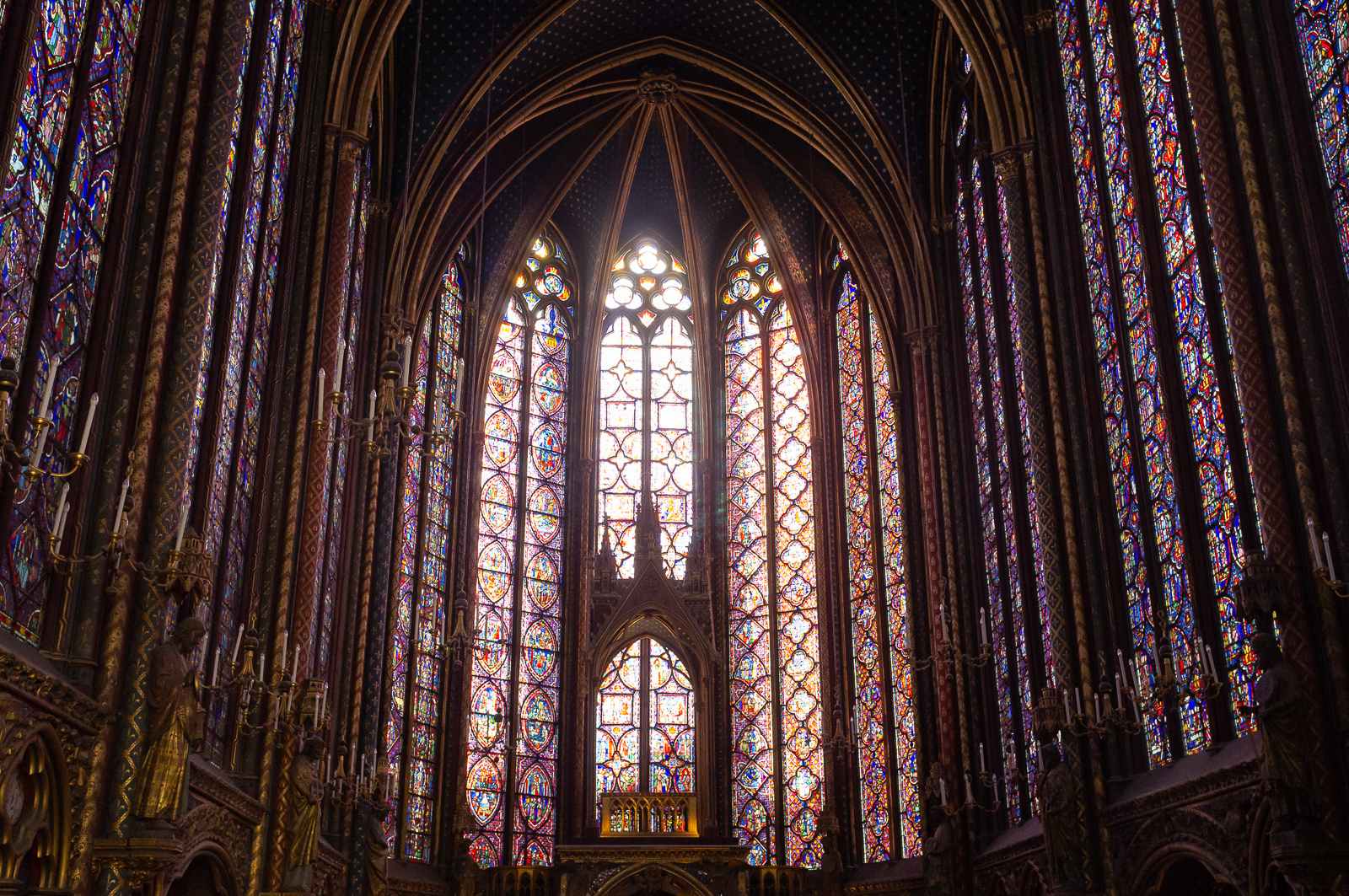 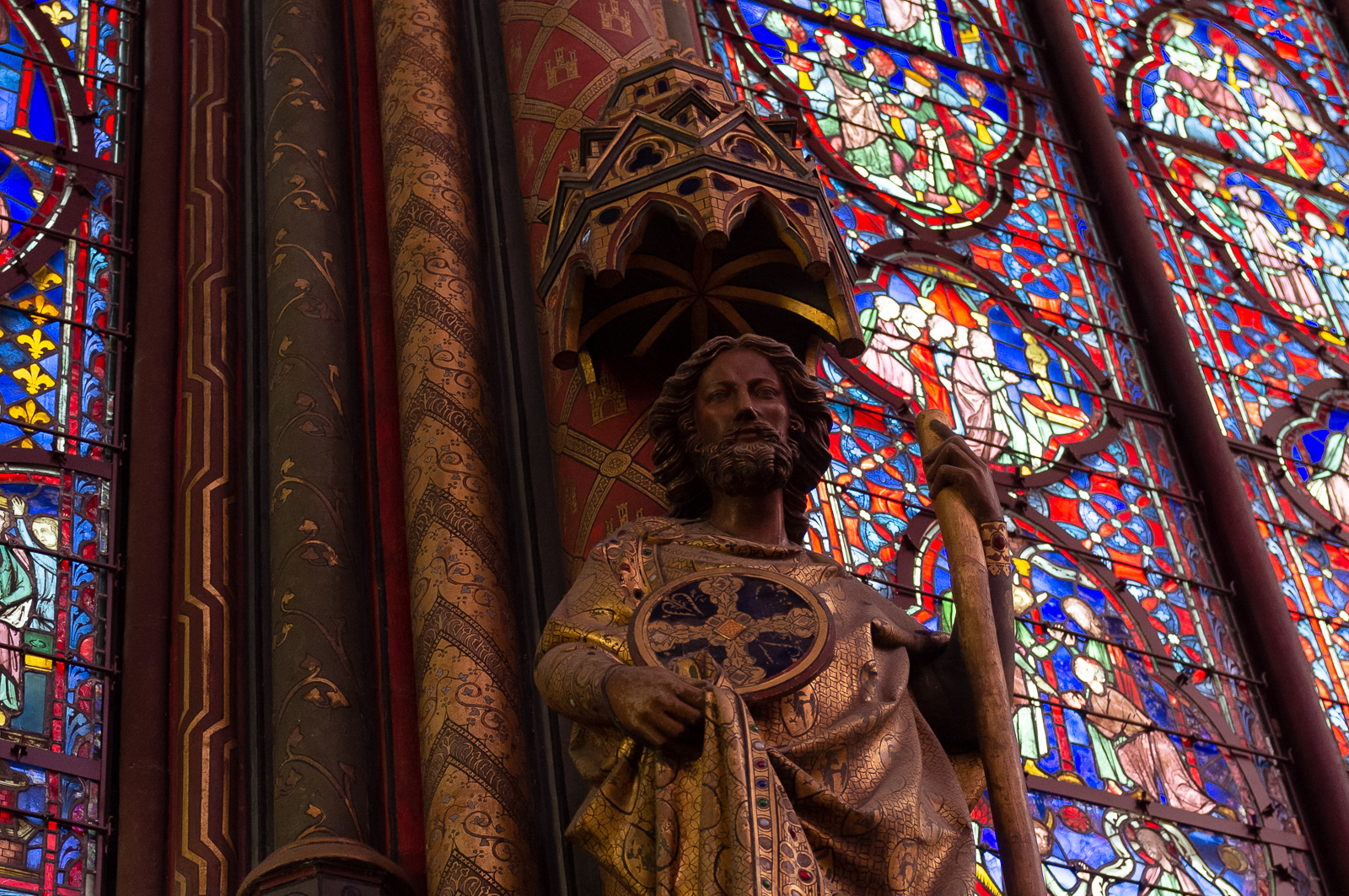 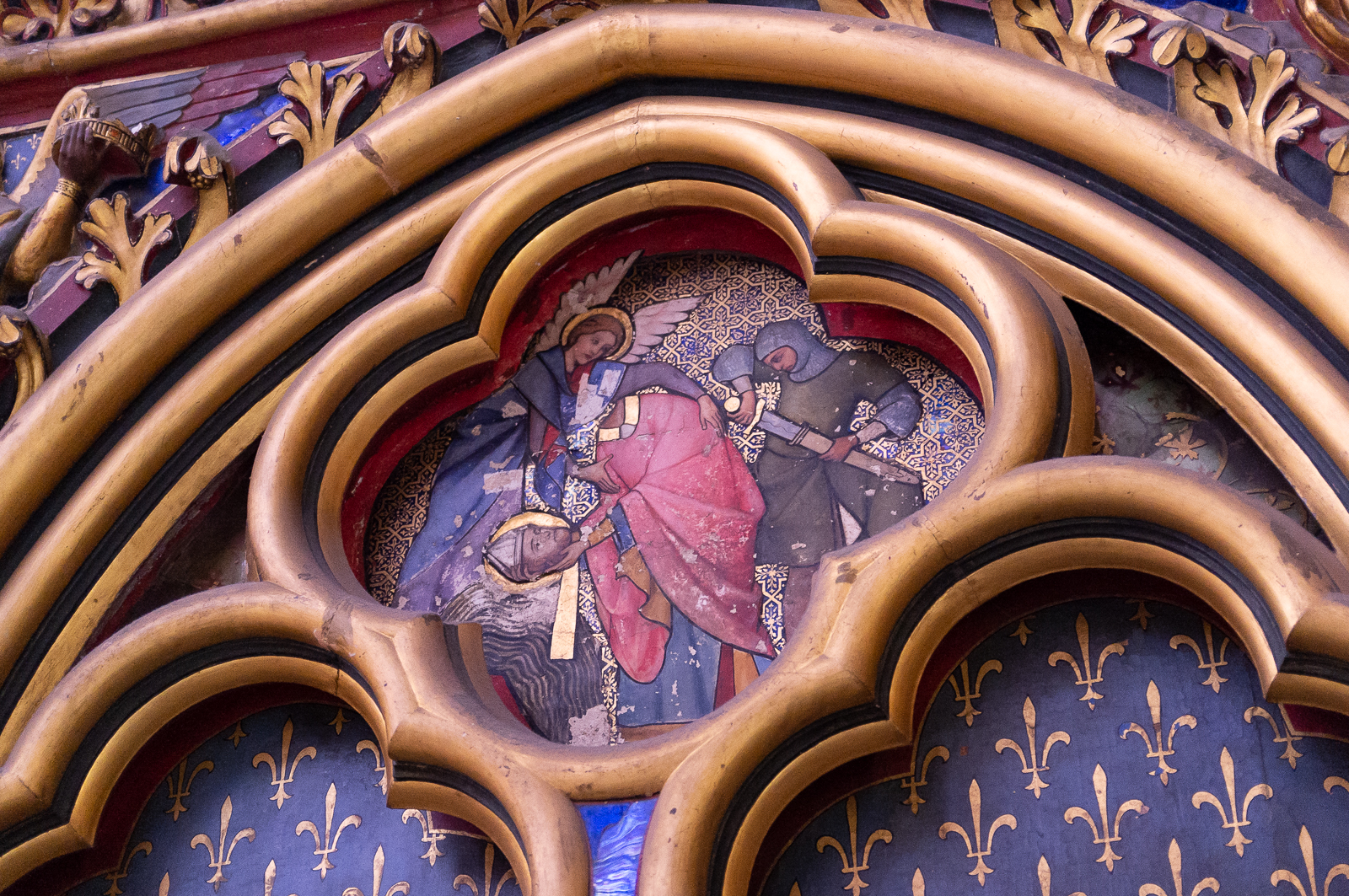 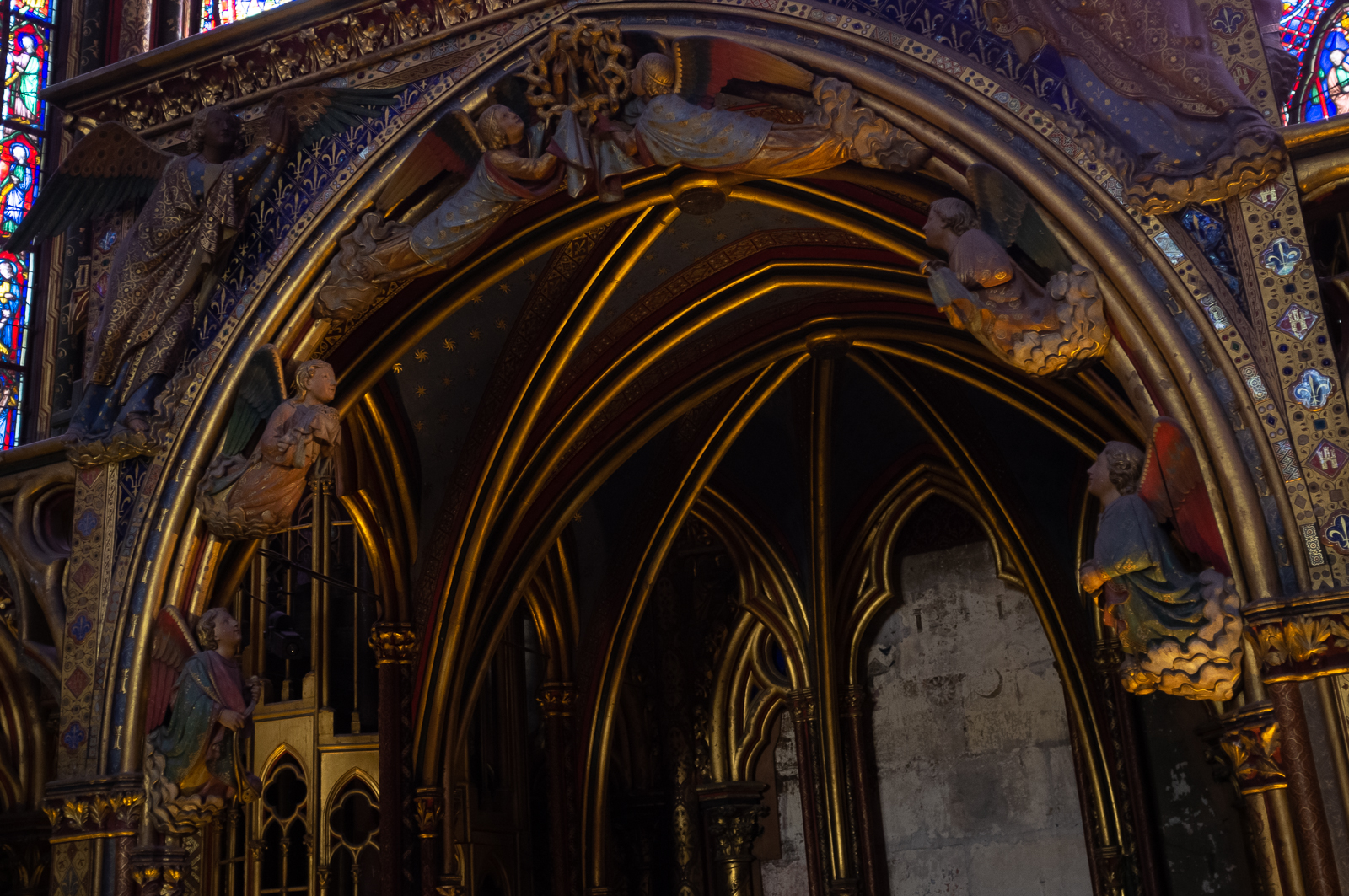 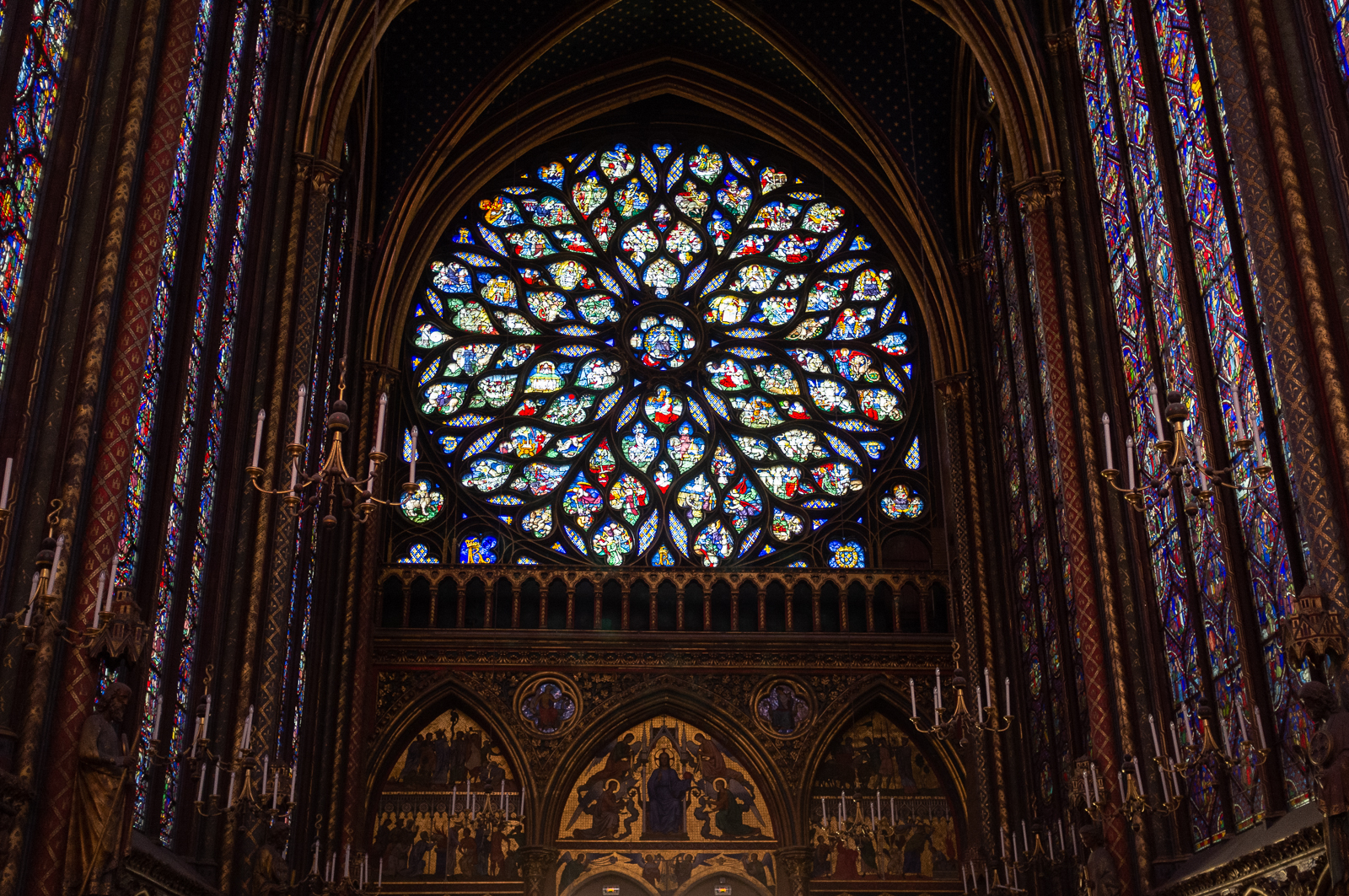 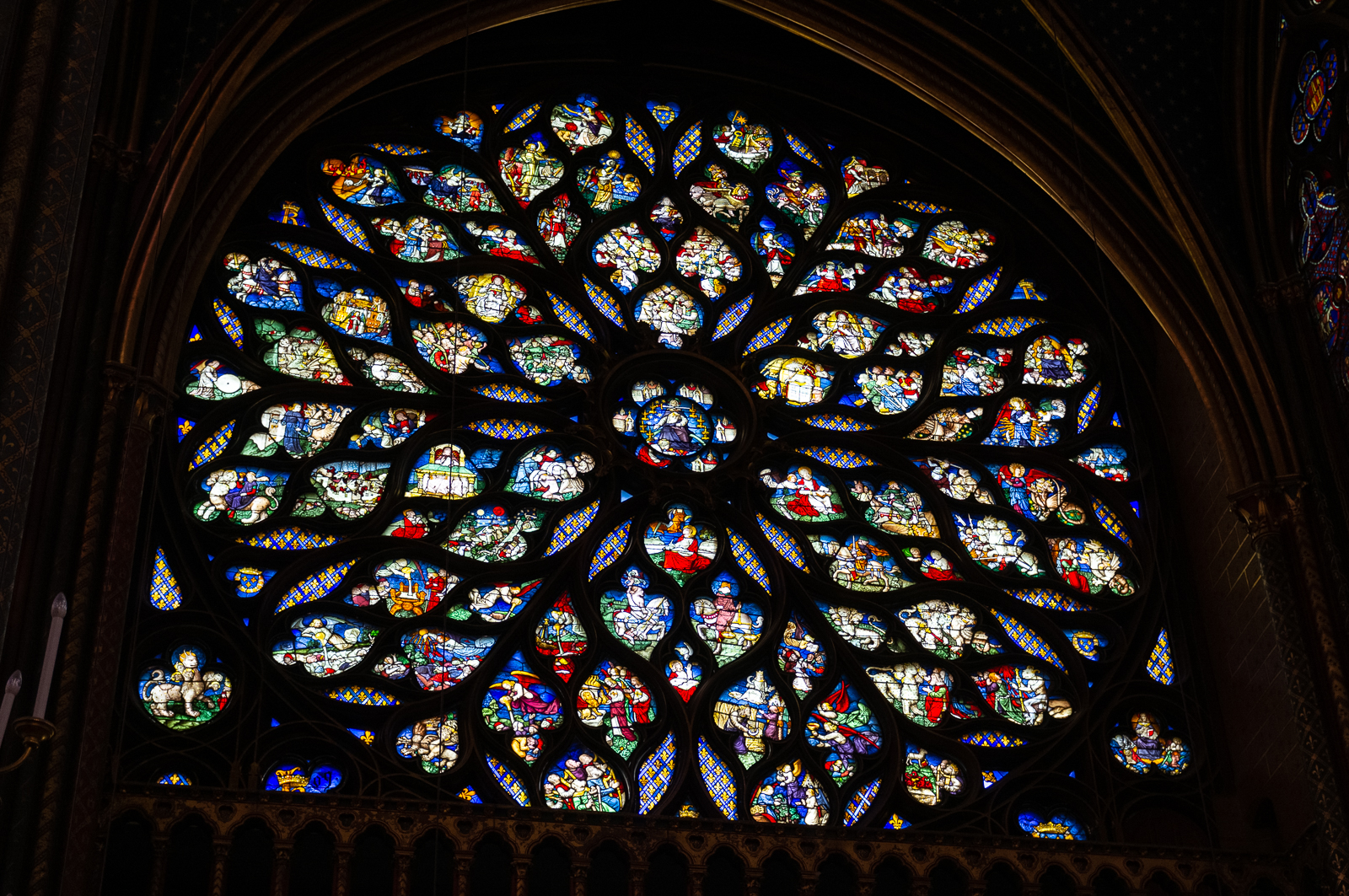 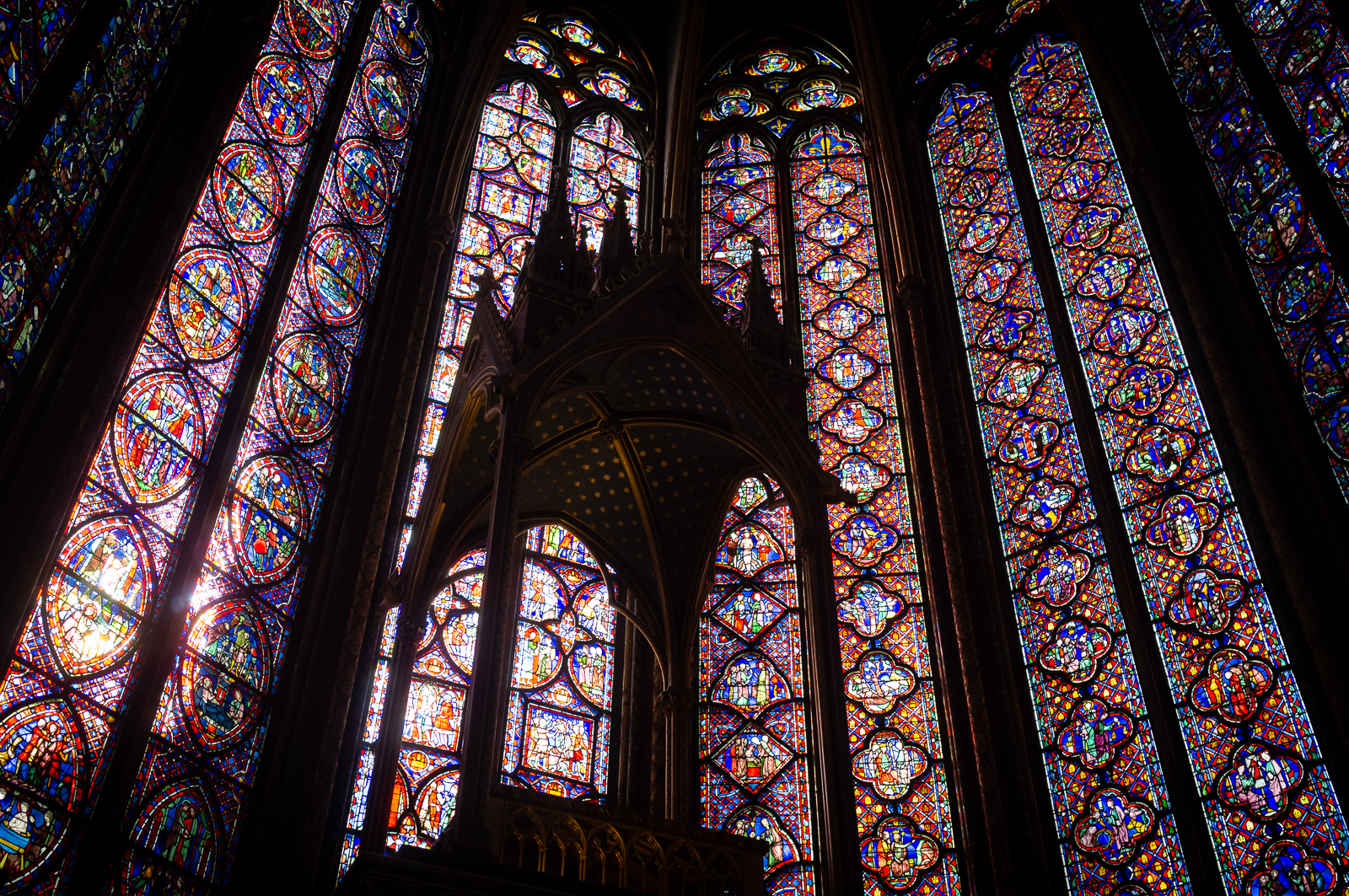