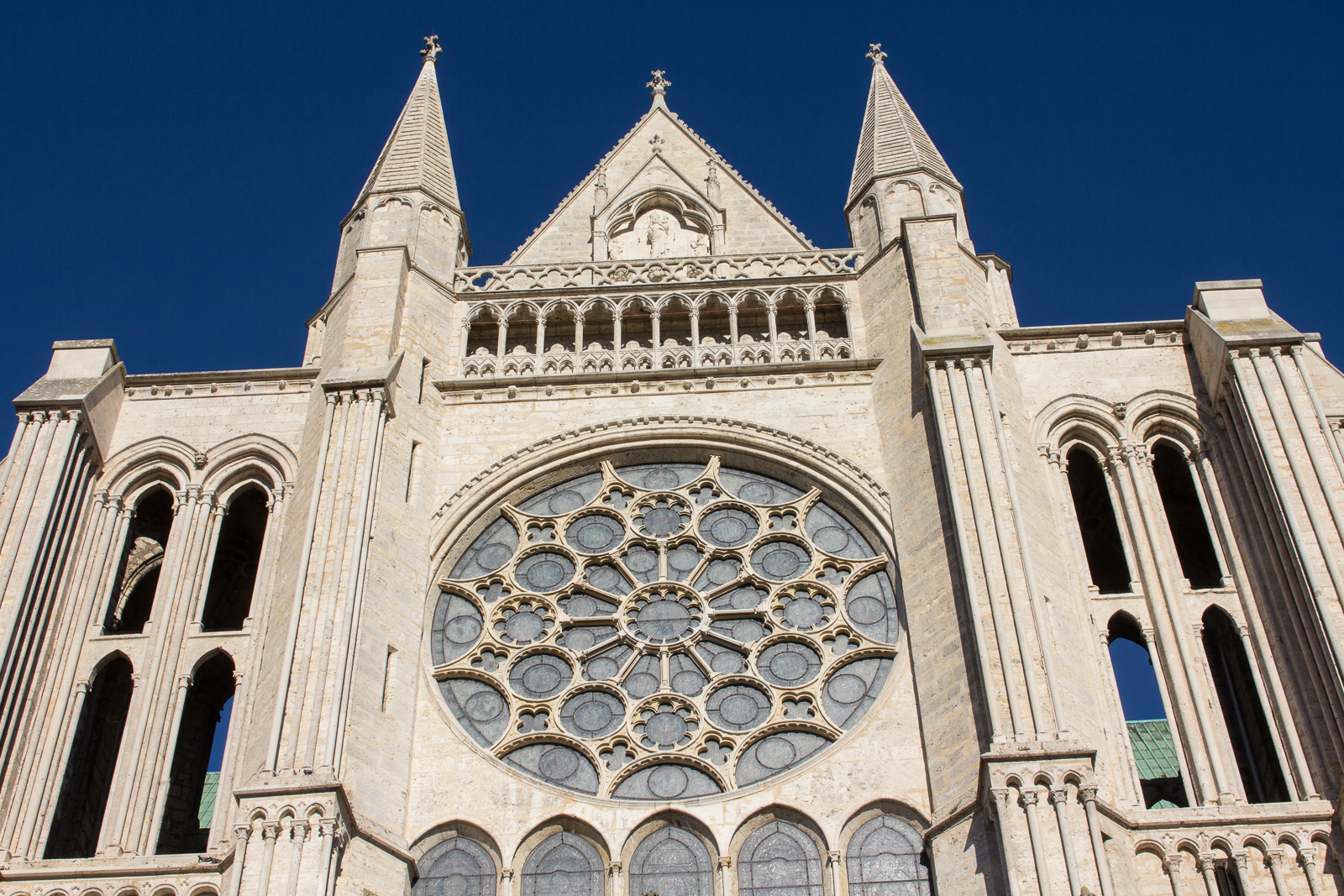 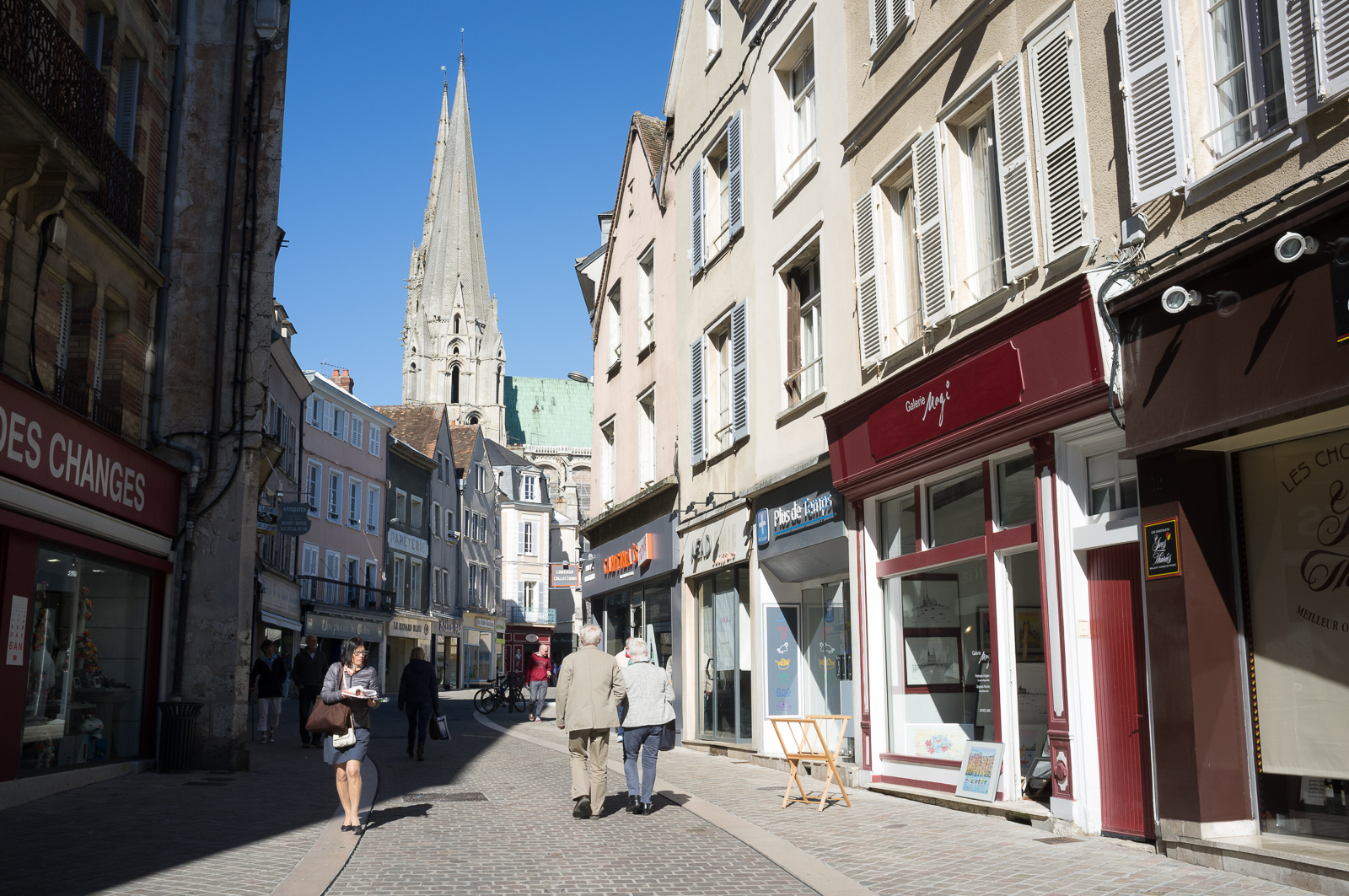 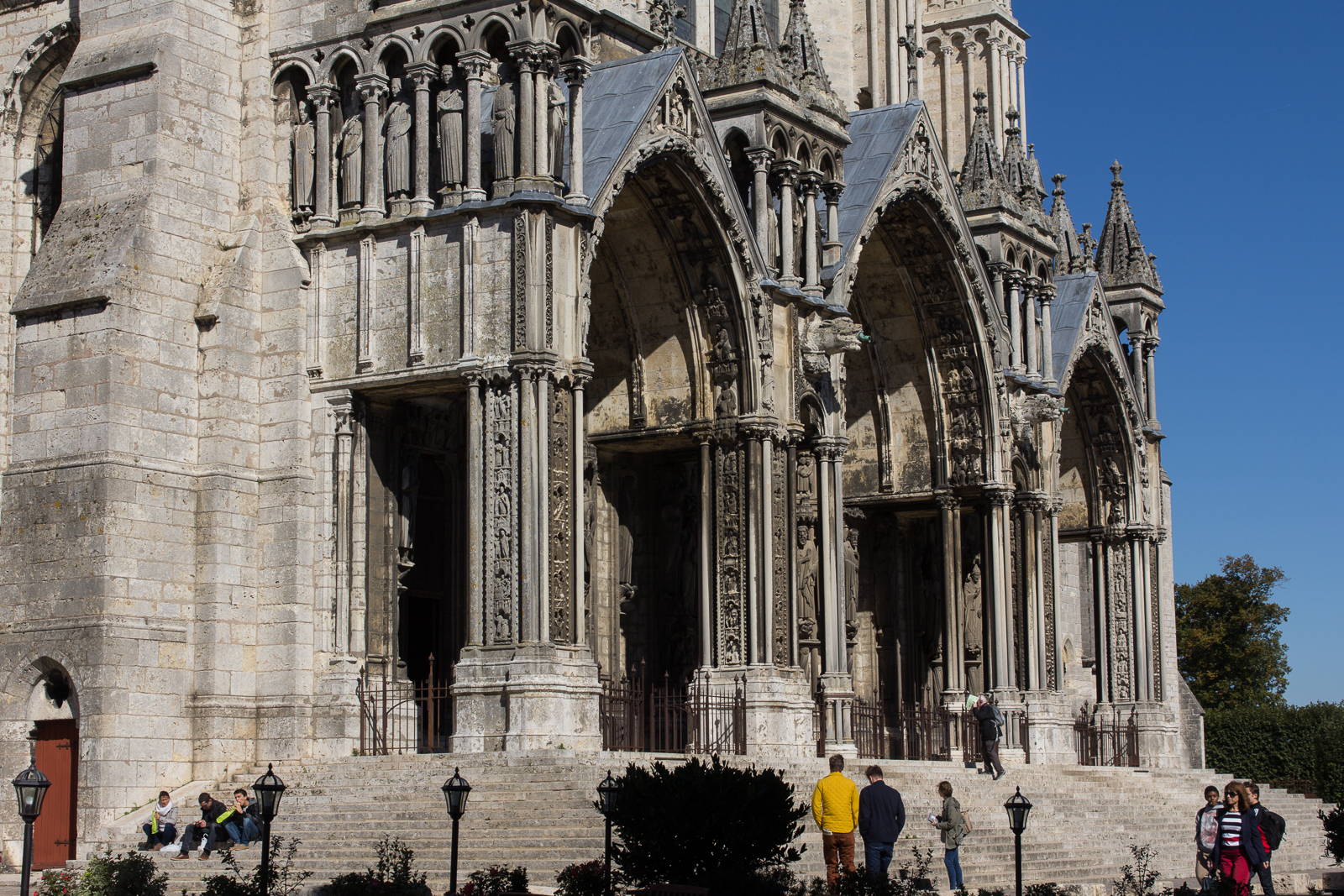 As one of Europe’s most important religious sites since the 4th century, Chartres with its magnificent cathedral continuous to draw pilgrims and visitors from all corners of the world. Cathédrale Notre-Dame de Chartres as it stands today, is almost perfectly preserved and one of the first constructions built in a distinct style largely of French origin – an ‘Opus Francigenum’ as it was called then – a Gothic masterpiece from the 12th century.

Together with the cathedrals in Reims and Amiens, Chartres Cathedral strongly influenced the building of cathedrals throughout Europe in the following centuries, among them the magnificent Cologne Cathedral in Germany, Westminster Abbey in England (London) and León Cathedral in Spain.

Chartres Cathedral is partially built on the ruins of a Romanesque style construction, clearly visible in the mismatch of the two spires. Following a devastating fire in Chartres in 1194, it was promptly decided by the townspeople and clergy that the cathedral should be reconstructed in a new style more spectacular than ever before, resulting in what is a high point in French Gothic art and architecture. 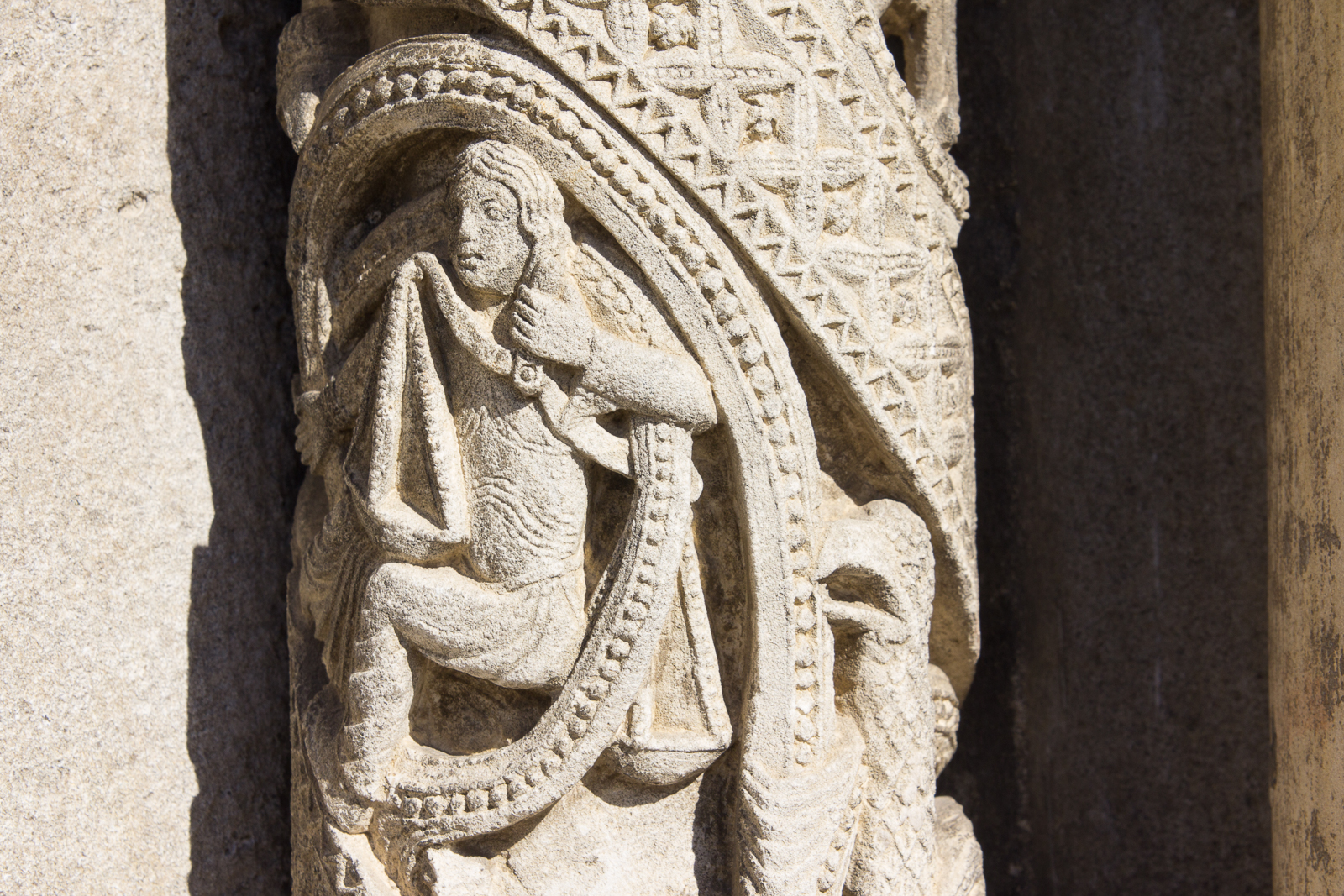