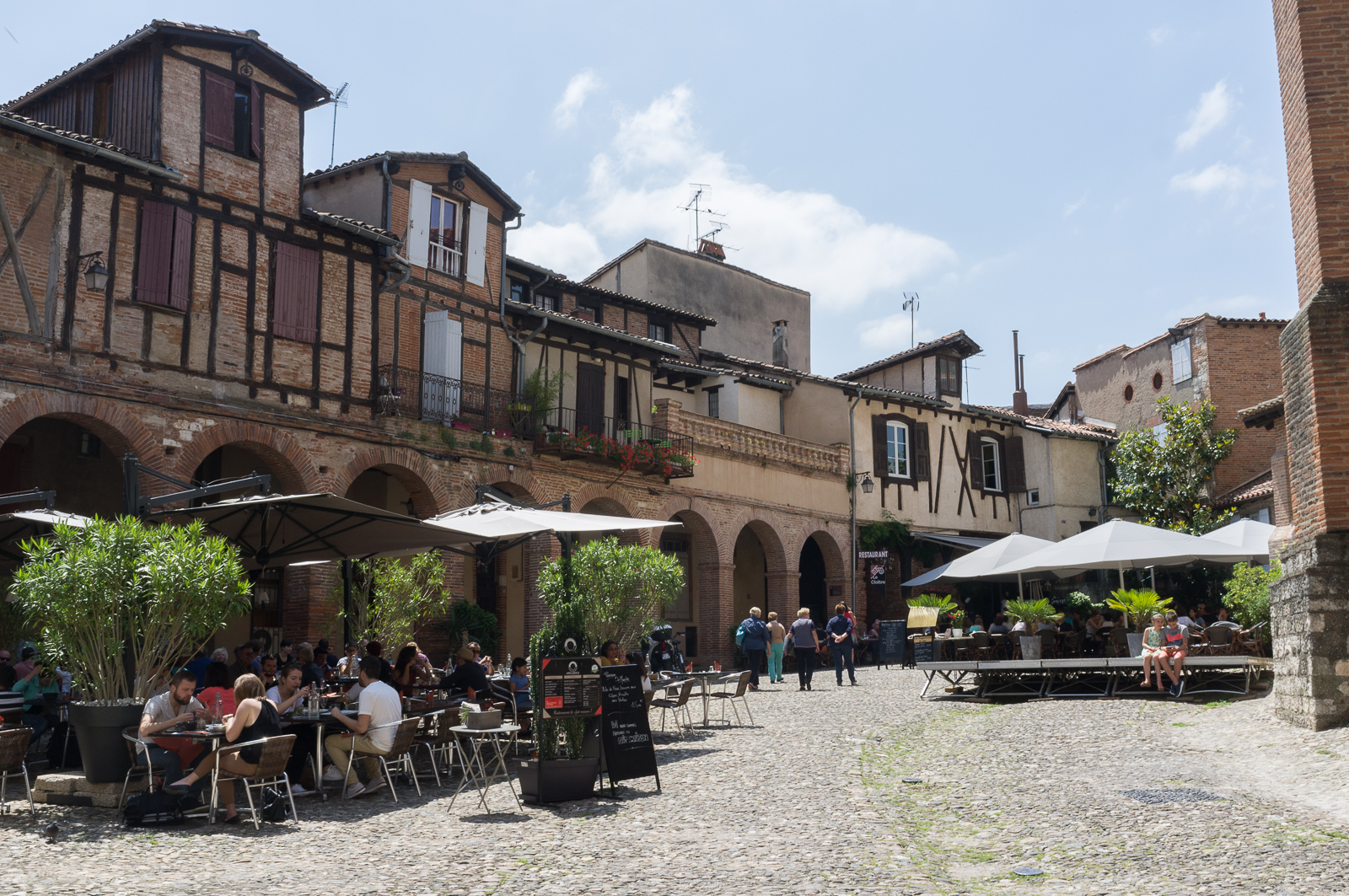 The courtyard behind the Saint-Salvi church 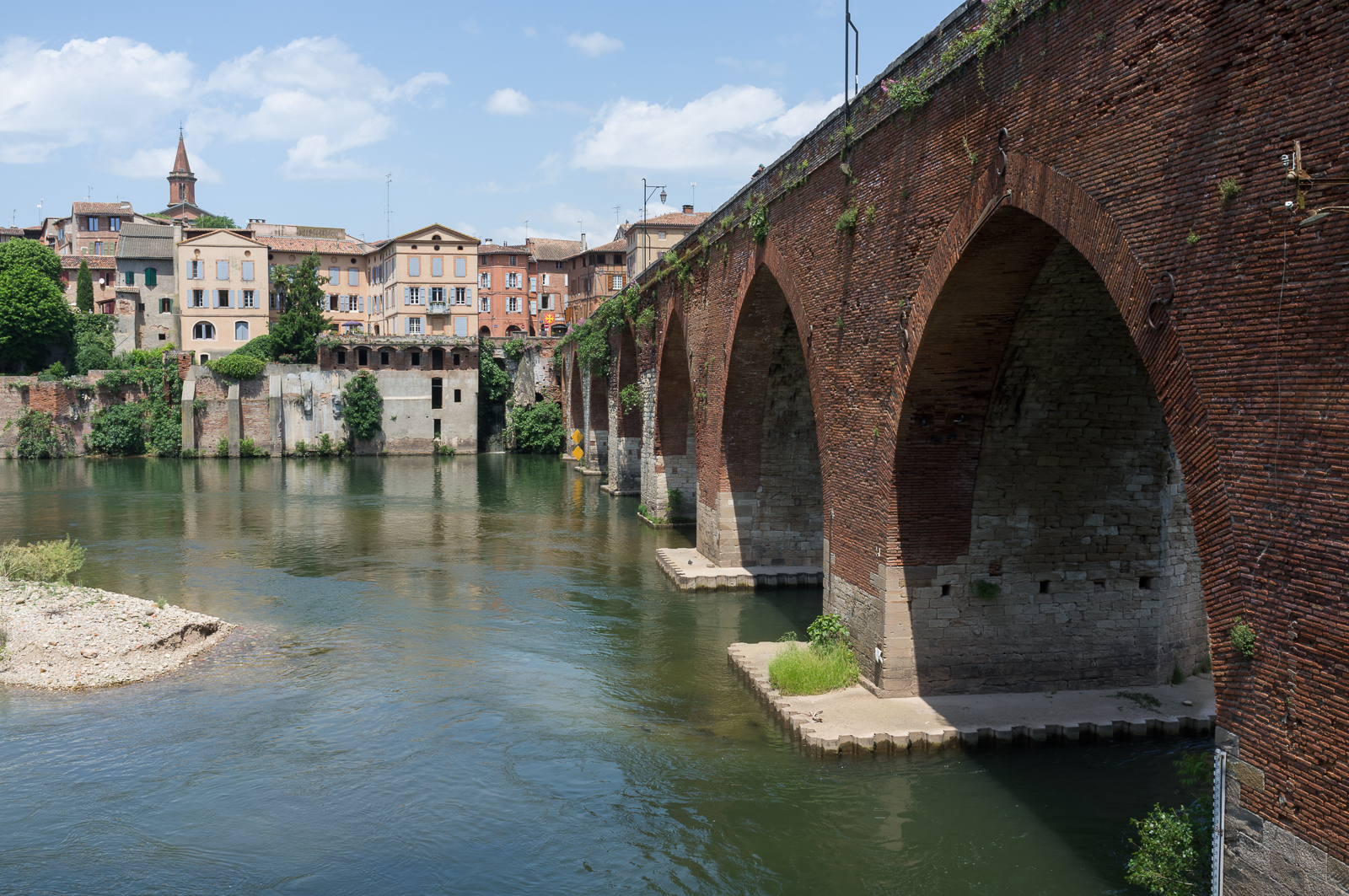 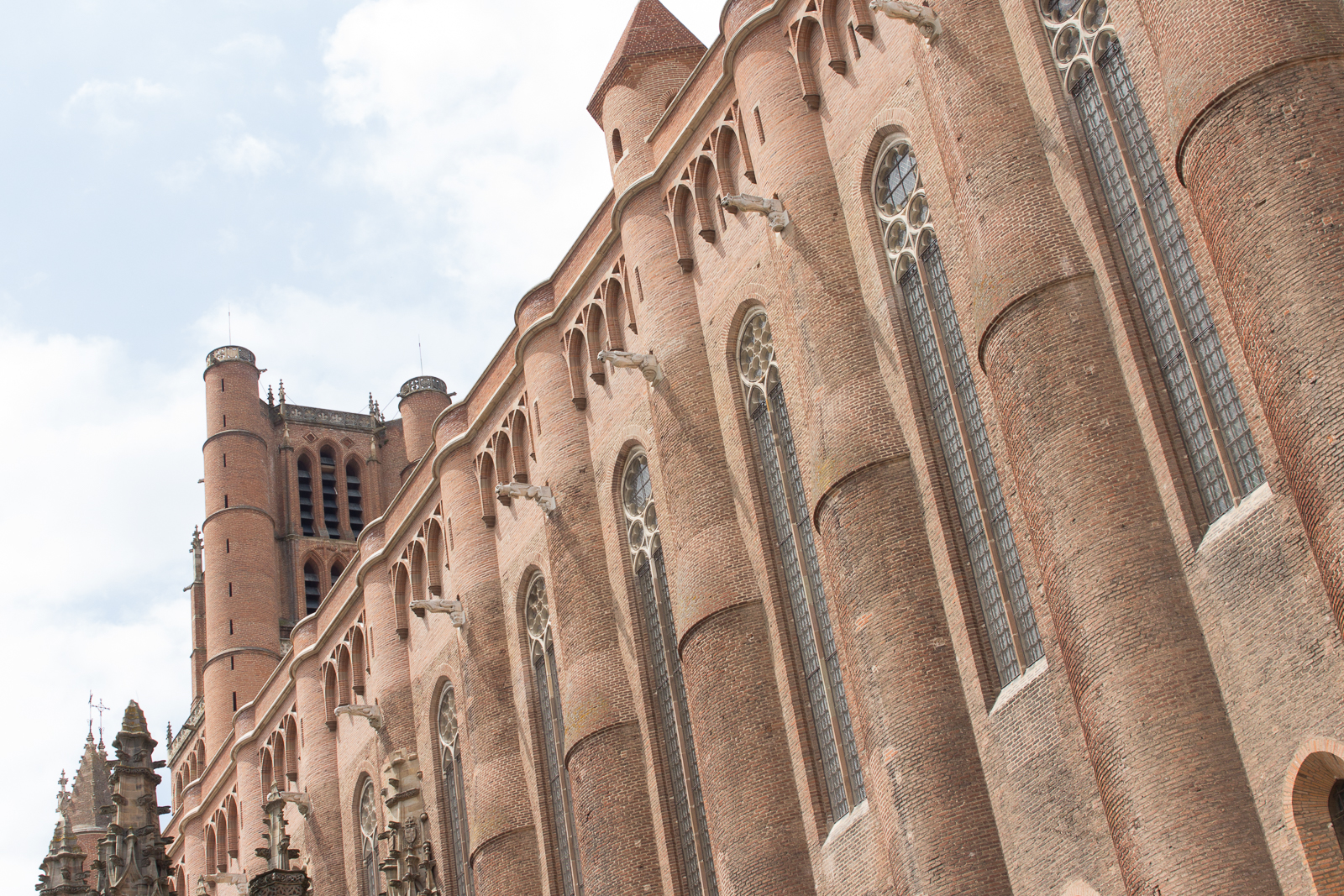 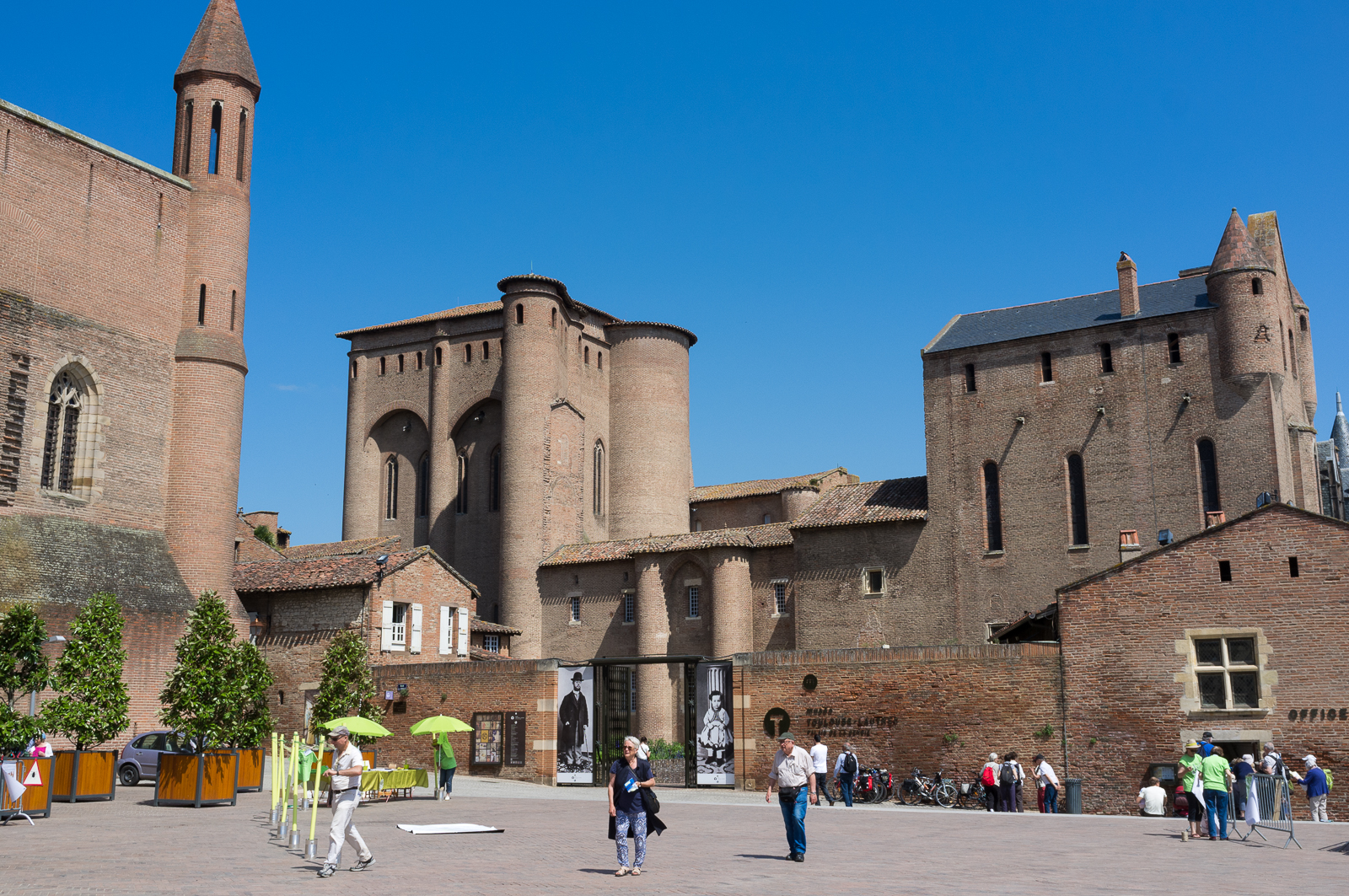 The City of Albi is situated by the River Tarn, about an hour’s train ride from Toulouse in the Languedoc-Roussillon region in southern France. As you leave the Albi Ville station building you can catch a glimpse of the majestic bell tower of the Cathedral of Sainte-Cécile rising prominently above the roof tops, like a beacon guiding your way. After a short walk through the quiet suburbs you will find yourself in a town centre which immediately draws you in and warmly embraces you with its narrow streets, brick houses and medieval facades.

The fortress-like Cathedral of Sainte-Cécile totally dominates the inner town centre and square. It dates back to the late 13th century, to the decades following the Cathar heresy and the gruesome years of the Albigensian Crusade. Built to protect and demonstrate the power of the Roman Catholic clergy, Sainte-Cécile is said to be the largest brick cathedral in the world, 113 m long and 35 m wide, with a 78 m tower high from 1492. Adjacent to the imposing cathedral, extending almost down to the Tarn river, is the Berbie Palace, home to the wonderfully evocative poster-art of Albi native Henri de Toulouse-Lautrec.

Both the cathedral and the palace are built with the characteristic red-orange brick, so-called fired brick, typical of Albi. The plain appearance of the cathedral exterior, however, reveals nothing of its elaborately decorated interior.

Detail of the choir screen 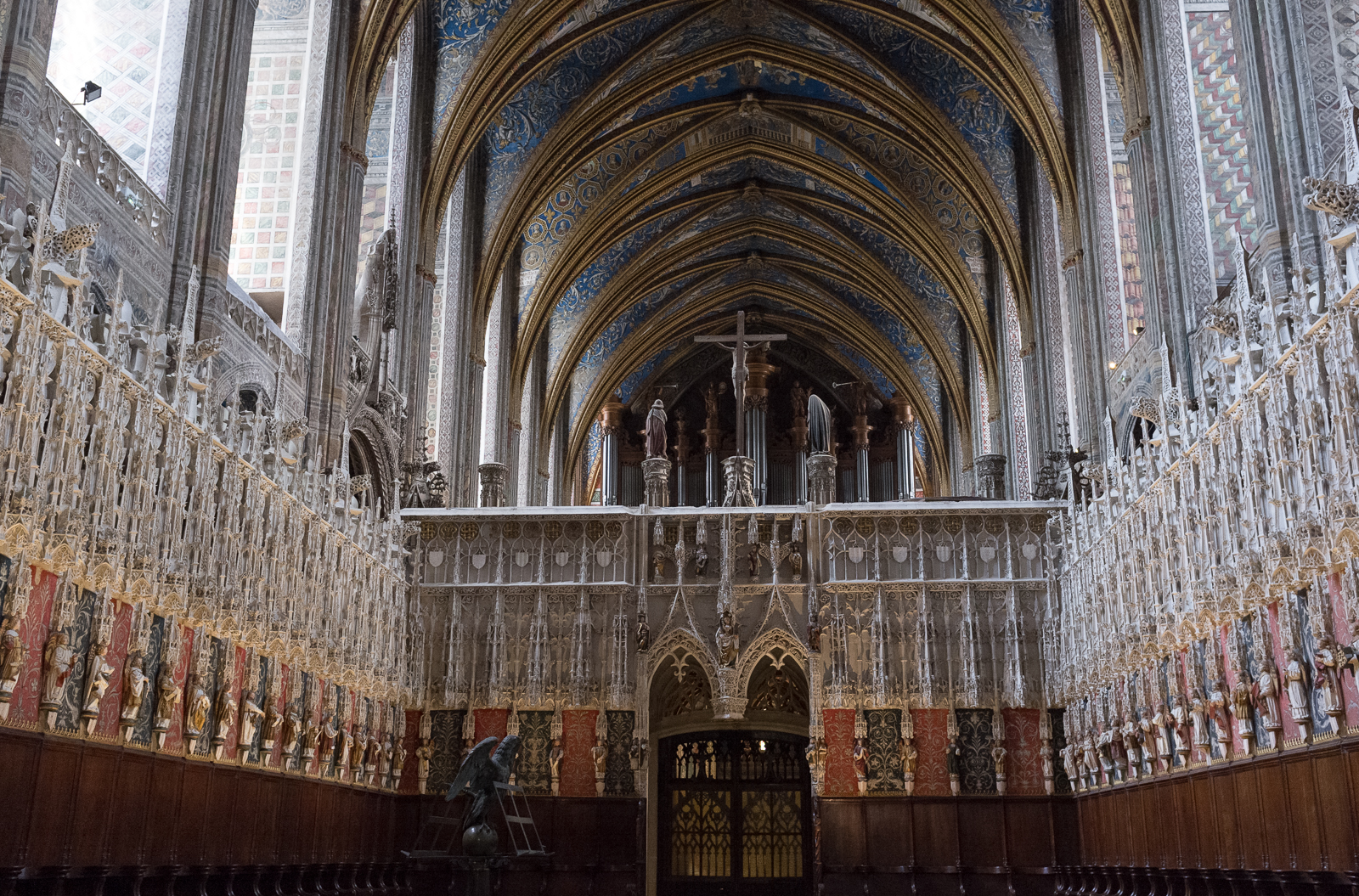 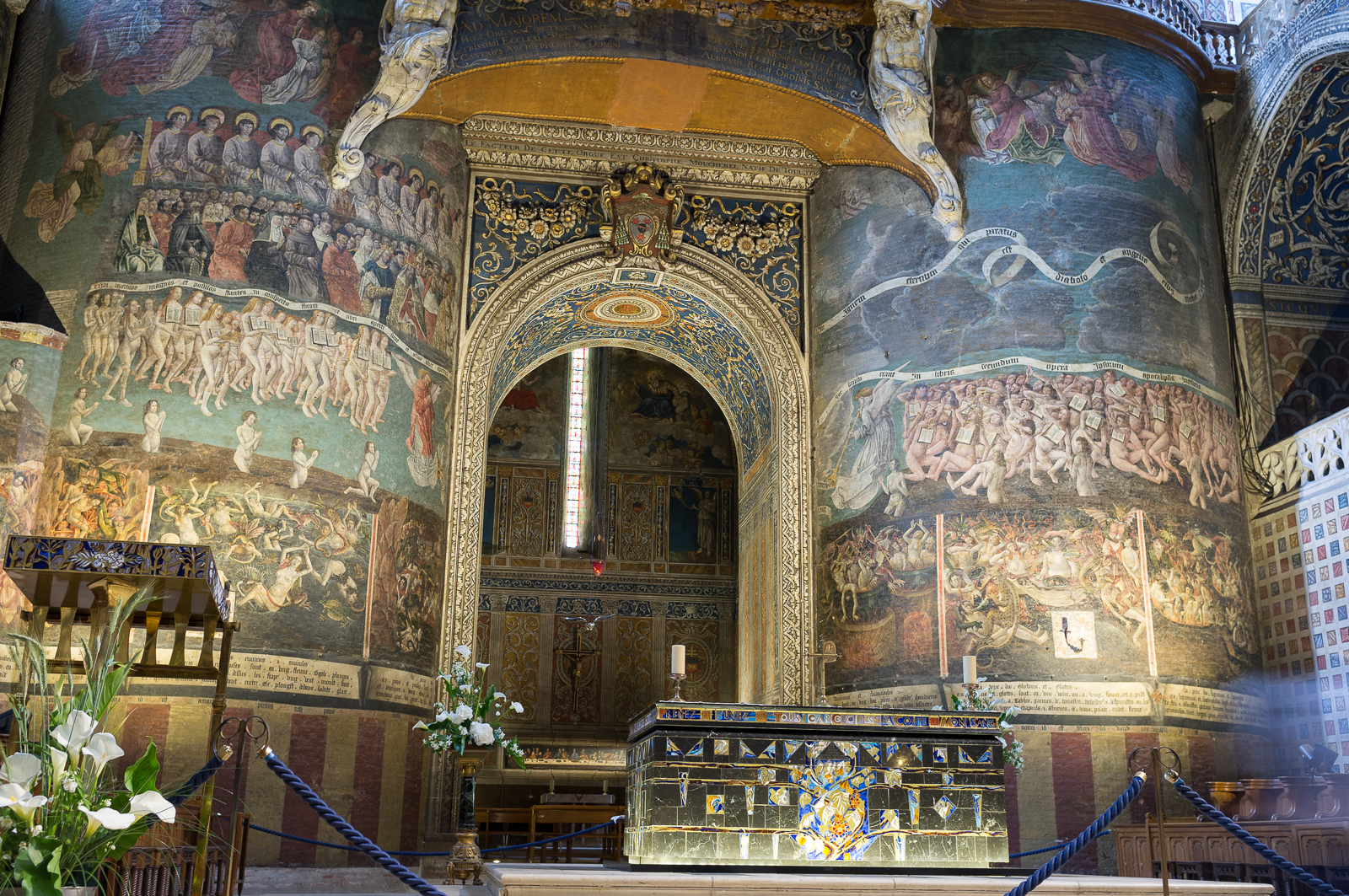